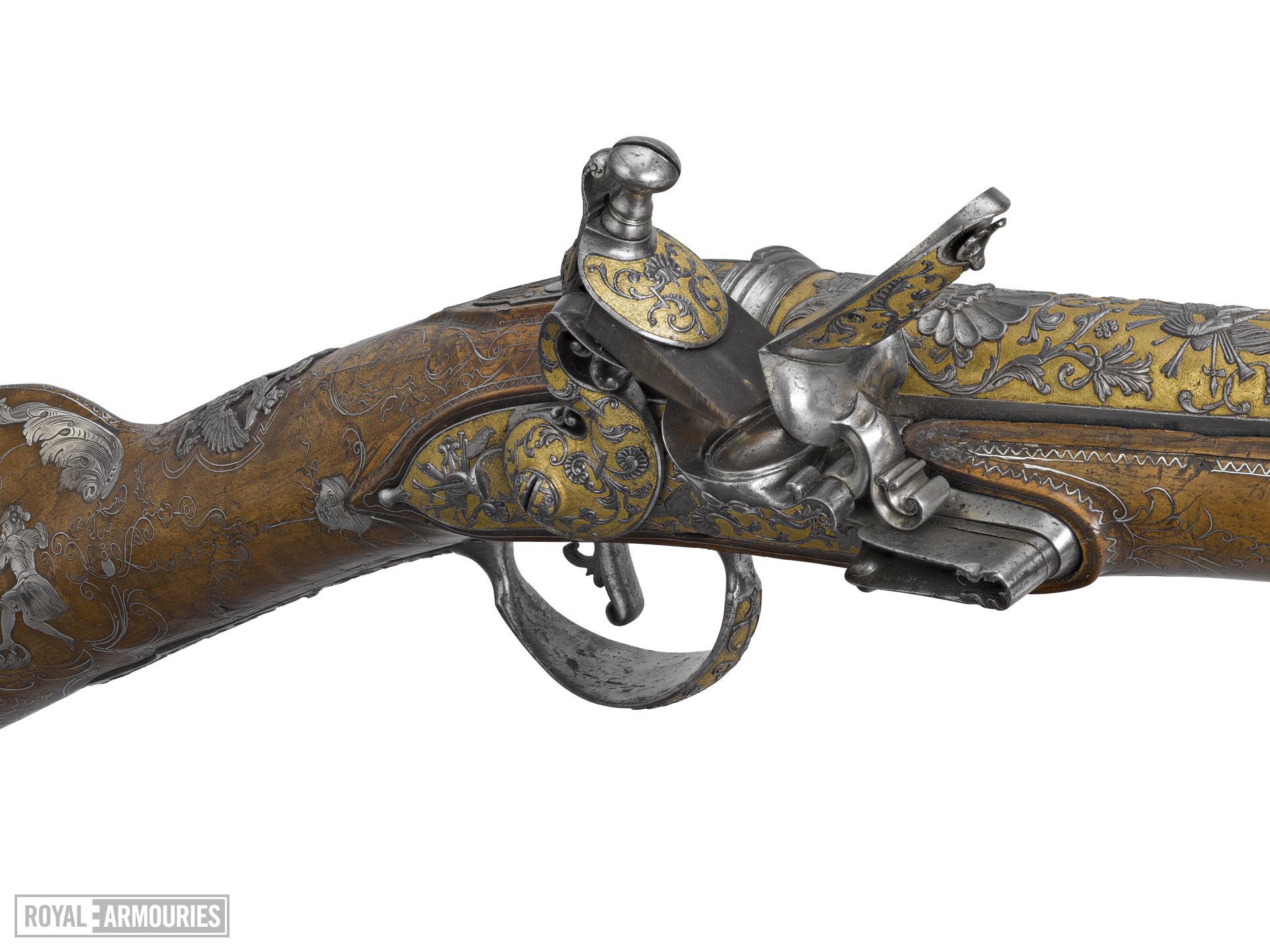 The lock is chiseled with rococo scroll work and trophies of arms on a gilt background. There is a sliding safety-catch to the rear of the cock and the frizzle incorporates an additional pan cover operated by a lever in the back of the steel, which may be closed separately to act as a further safety device. This ingenious feature was not confined to arms produced in Tula, and may also be found on a number of other guns in the Royal Armouries collection, notably a sporting gun signed LORENZONI FIRENZE dating from around 1695 (XII.1692).

The stock is inlaid in silver wire with scroll work, and in addition on the butt with silver plaques cut out and engraved with trophies of arms, classical figures and sporting scenes. The steel furniture is decorated to match the lock and barrel. The silver-gilt escutcheon is formed as the Imperial Russian Eagle with, in the centre, a cartouche decorated with the figure of a horseman.

The barrel is decorated for its entire length with asymmetrical scroll-work and trophies on a gold ground, matching the ornament of the lock and furniture. Near the breech is the crowned monogram of Empress Elizabeth, and half way down its length, the inscription TULA 1752.