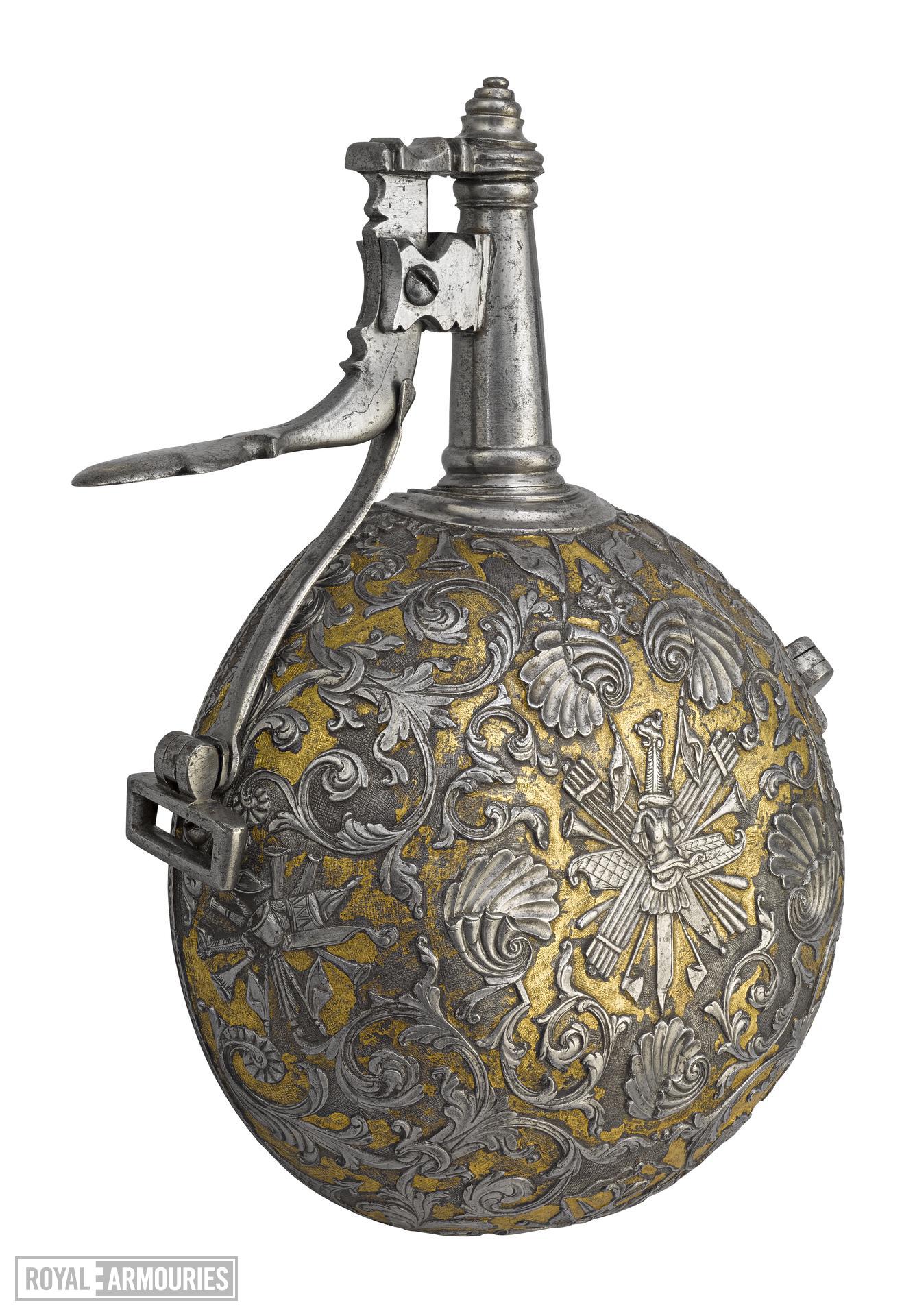 Purchased at auction from Sotheby's, 21 April 1950, lot 3 The property of Dennis A. Burnett-Hitchcock

Made for Empress Elizabeth of Russia.

Made of steel. The circular body is convex at the front and flat at the back and has a suspension swival on each side. The body is suirrounded by a tall, moulded nozzle, topped by a sprung cap with a large curved lever. The front of the body is chiselled on a gilt ground with rococo shells, foliate scroll-work and trophies of arms.