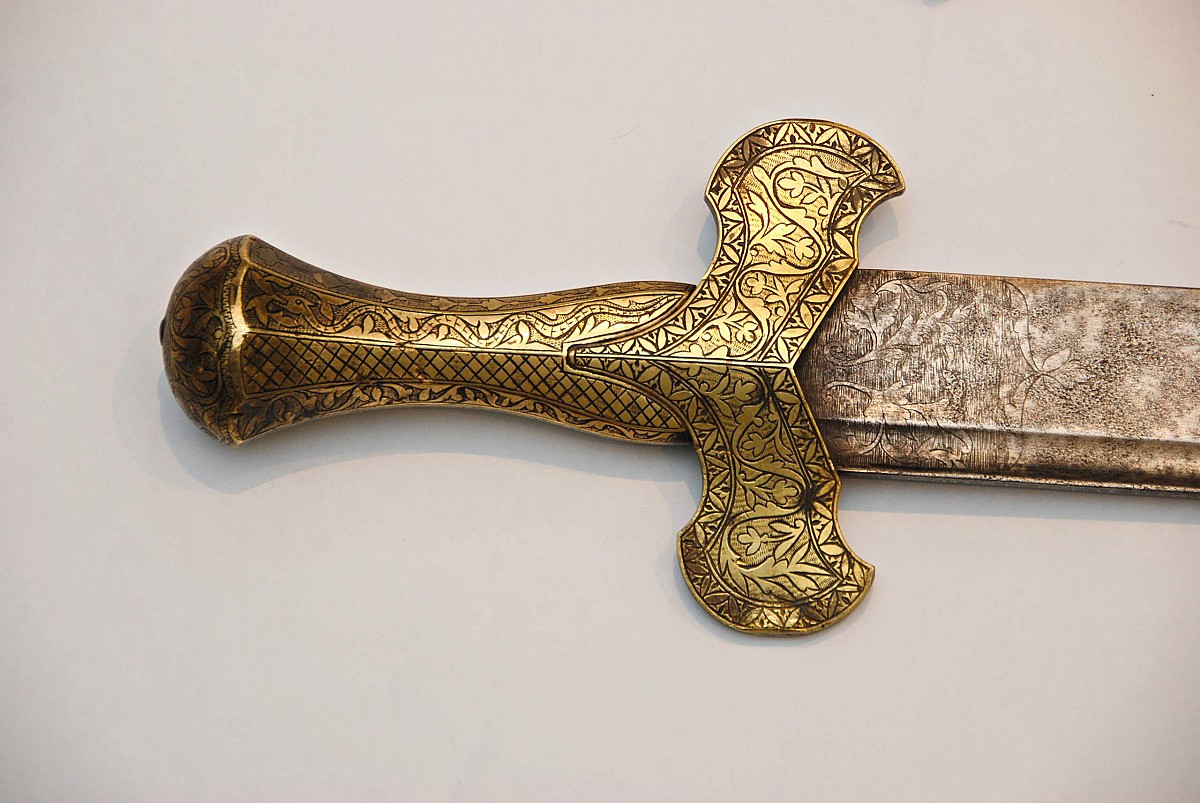 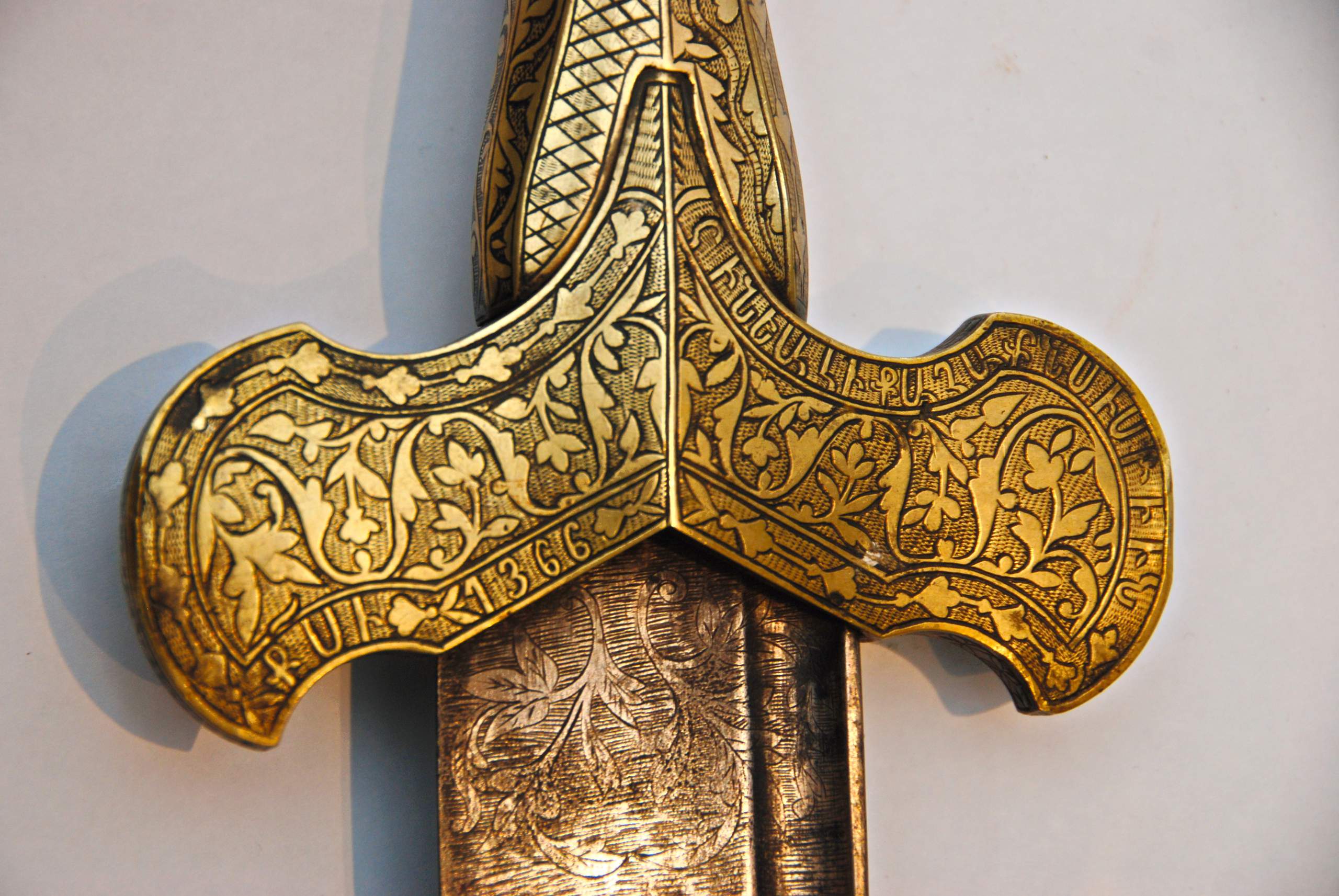 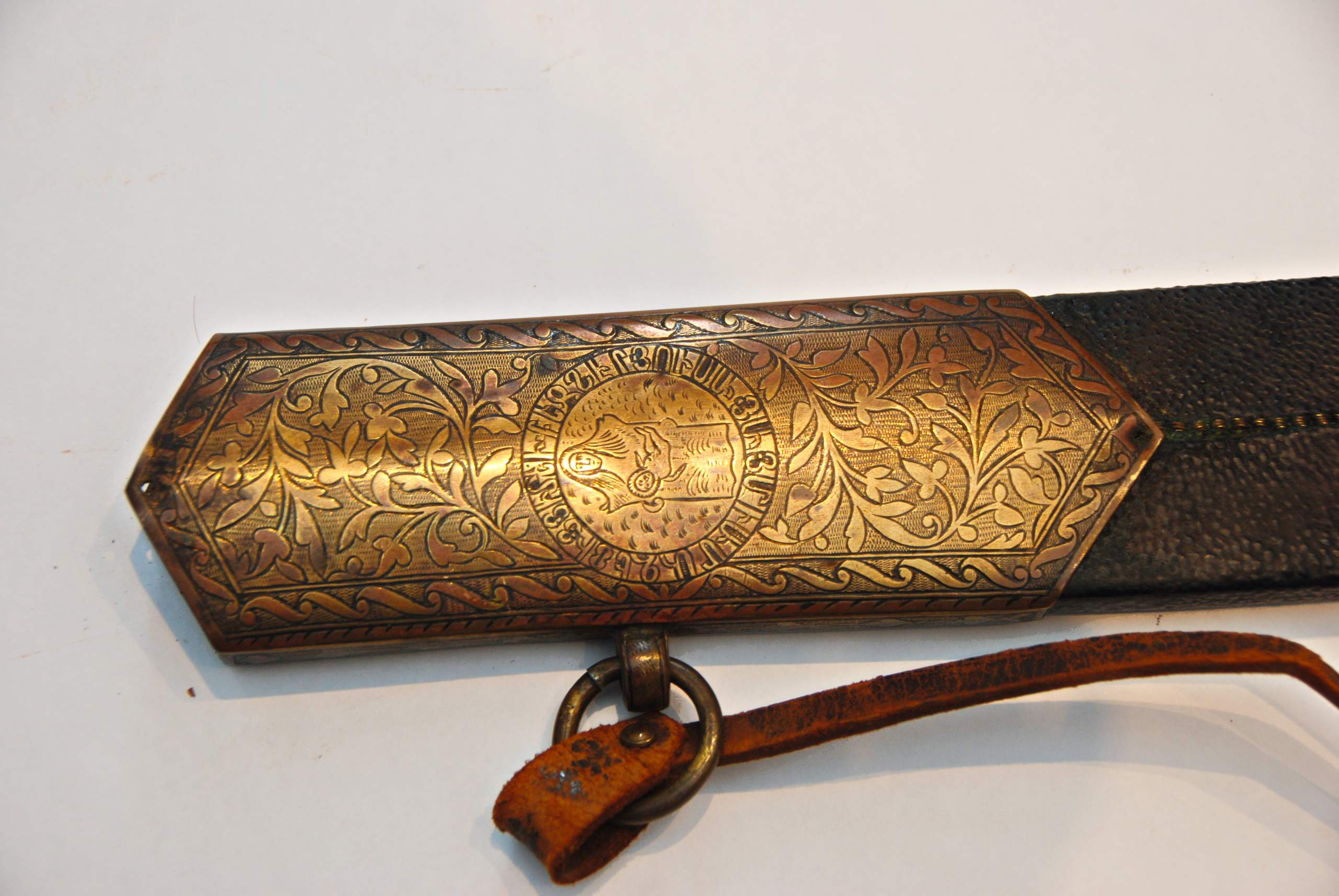 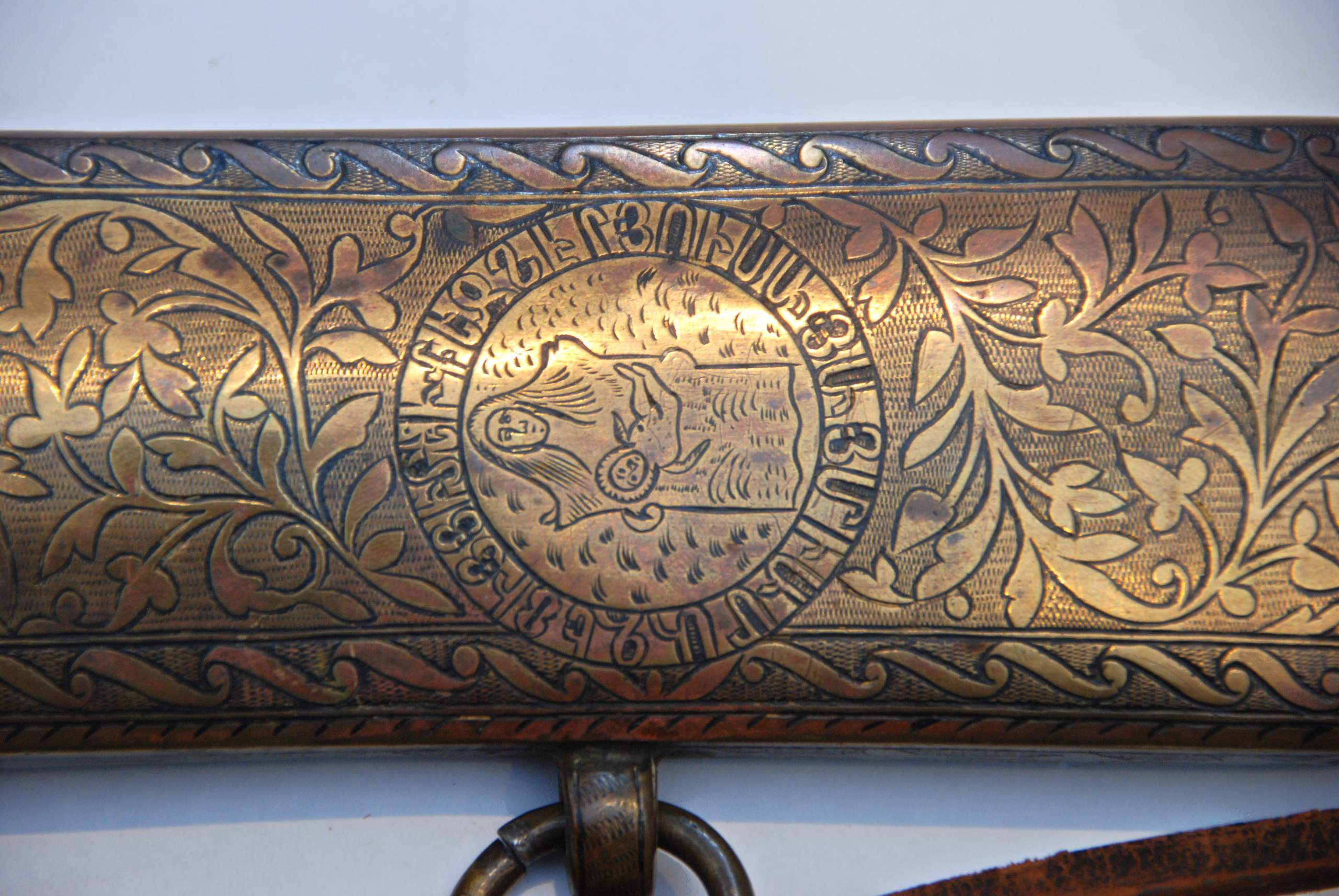 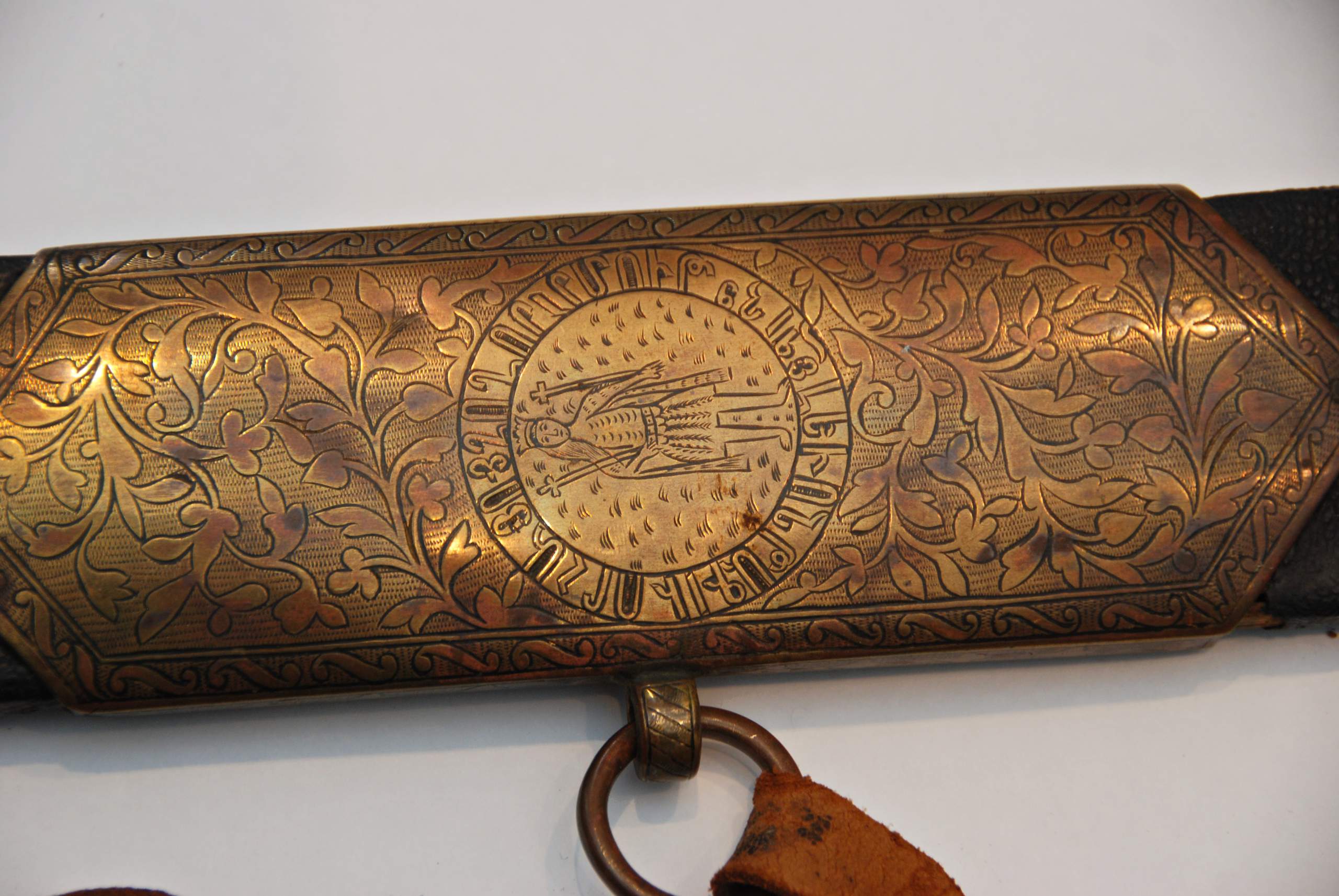 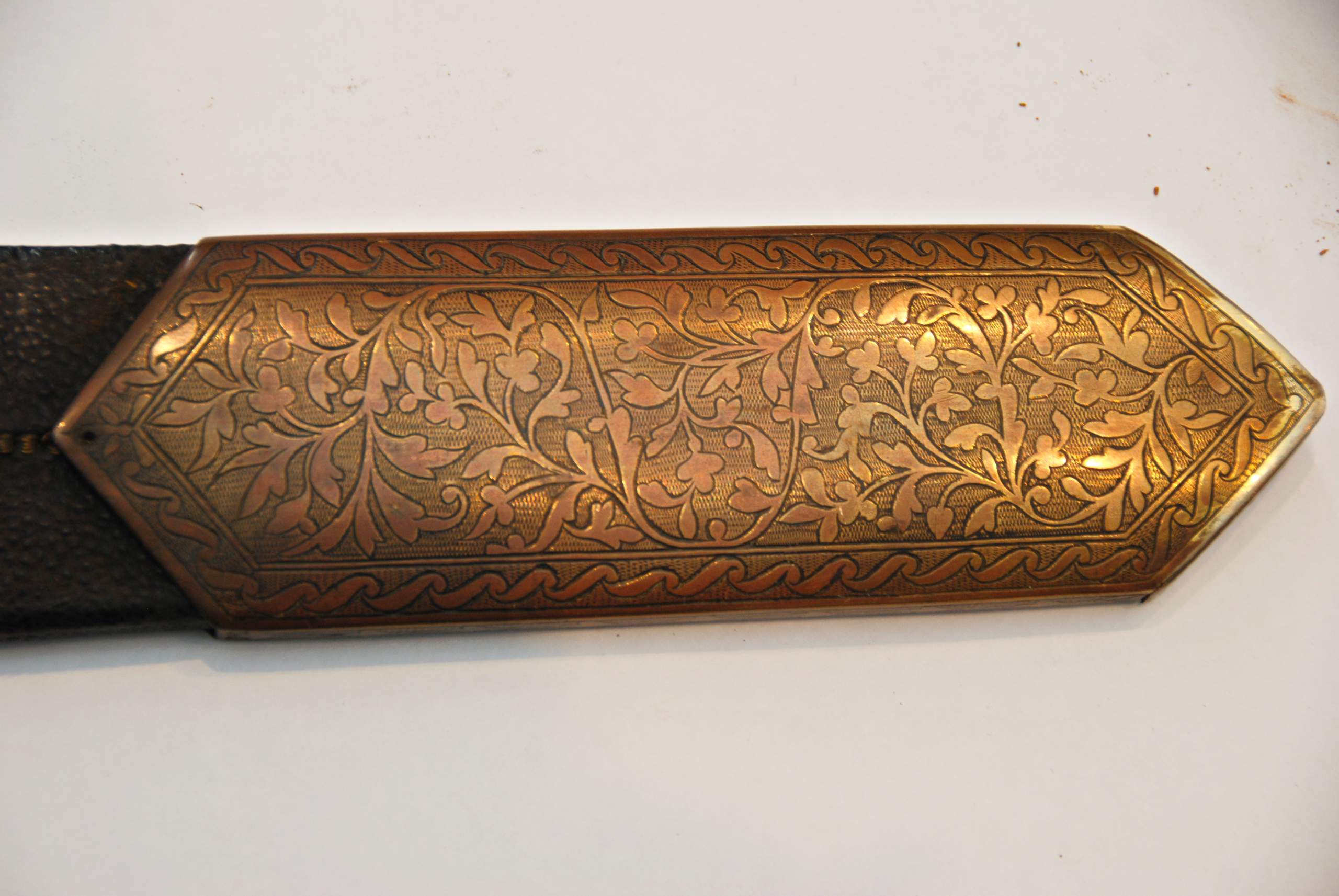 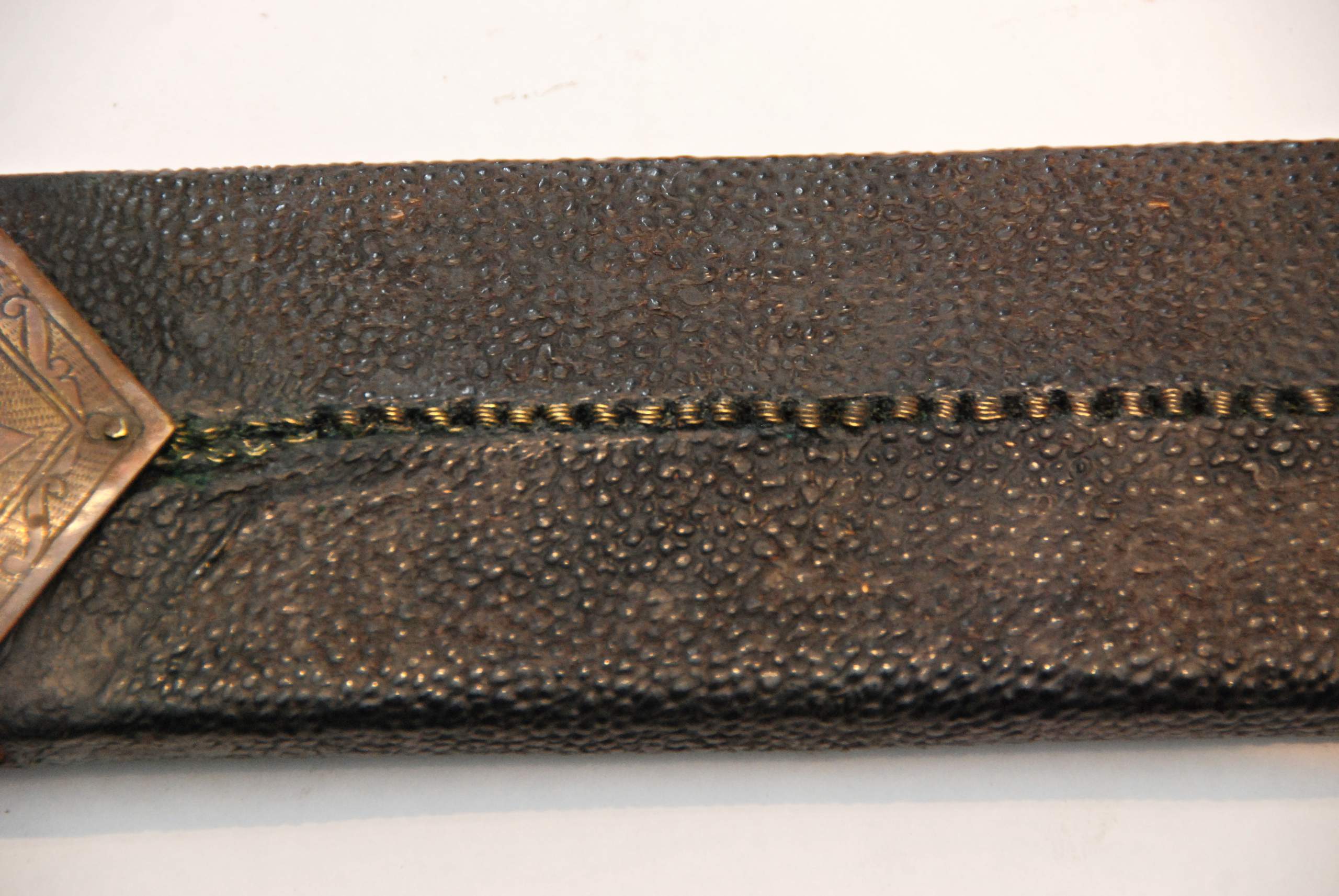 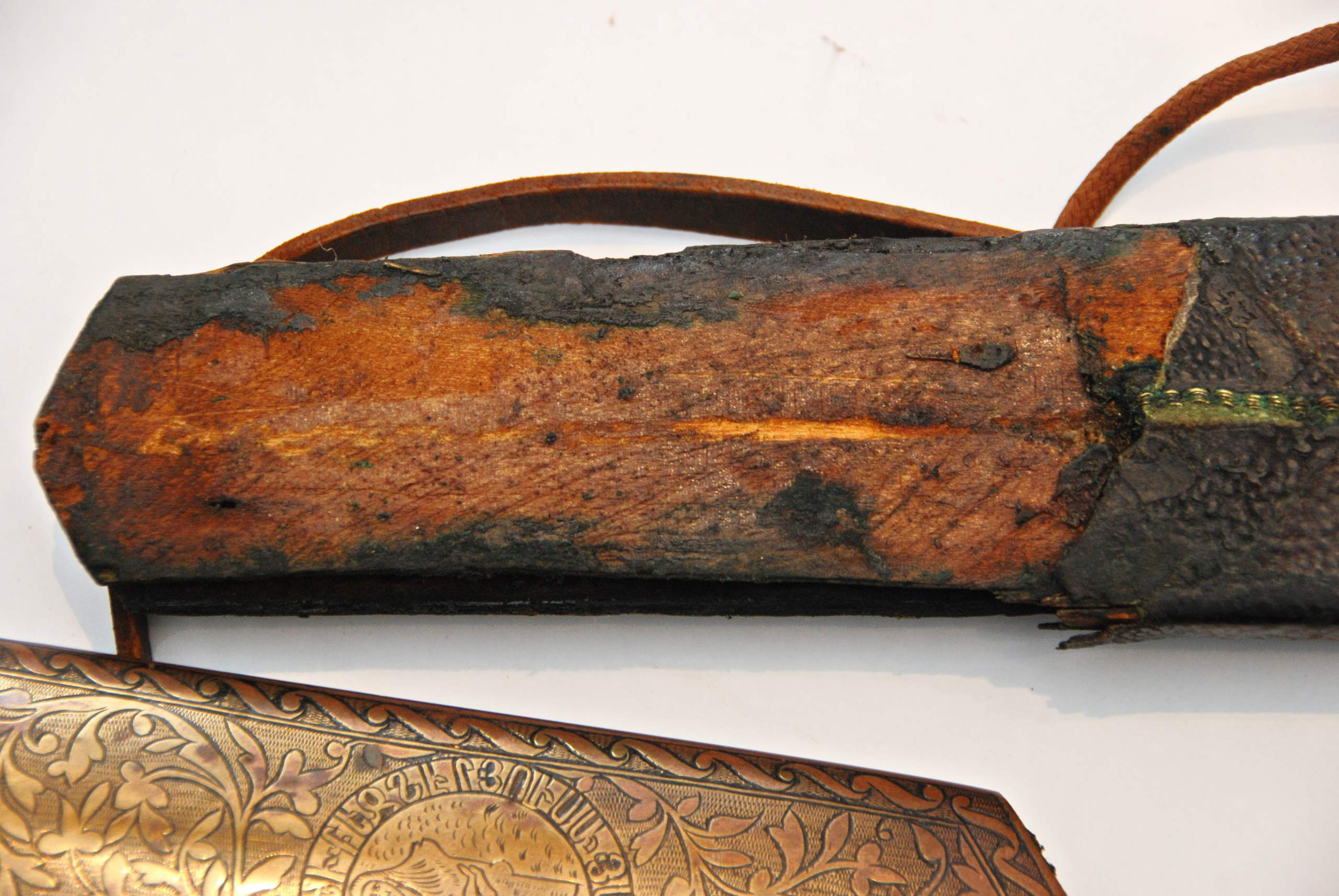 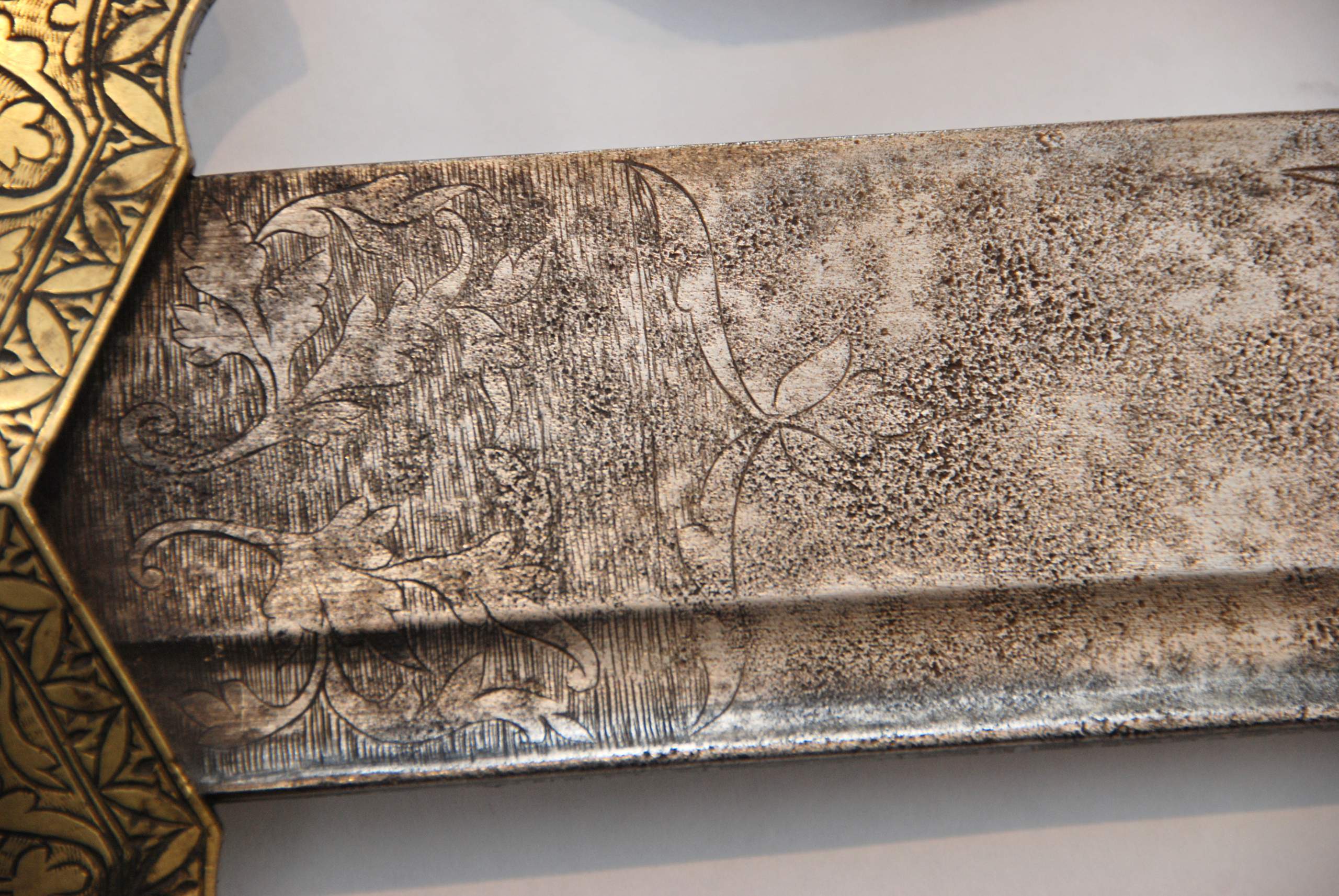 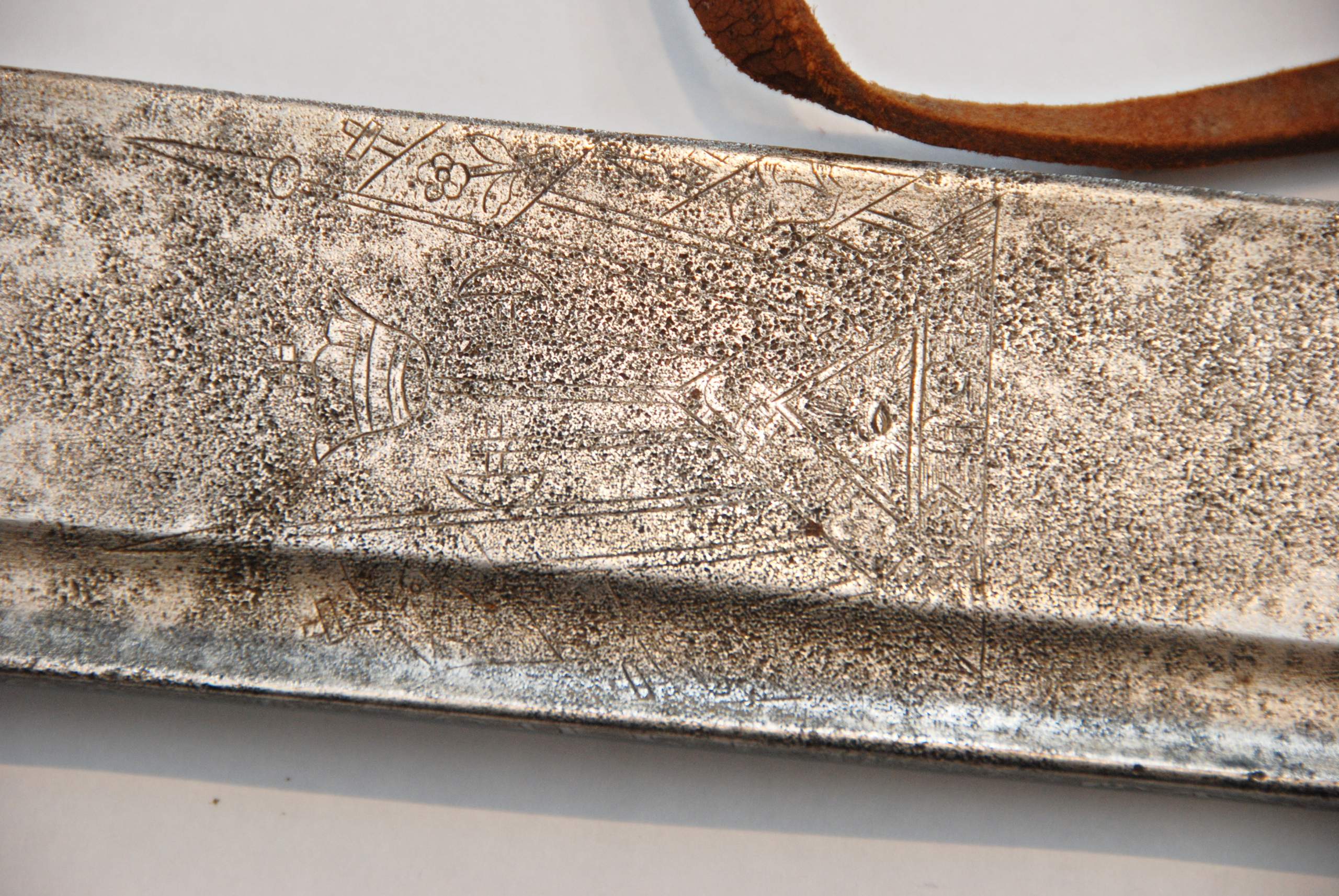 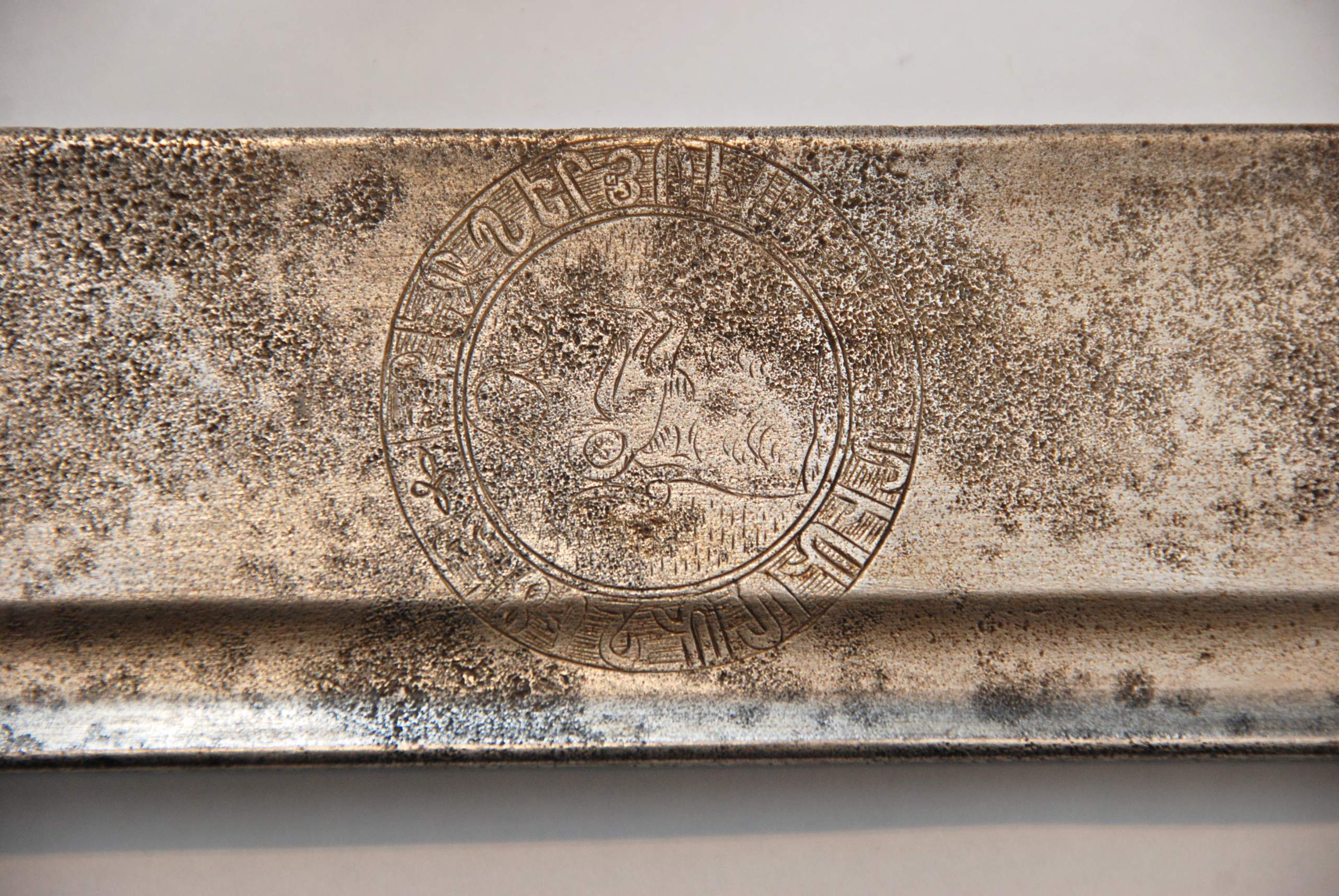 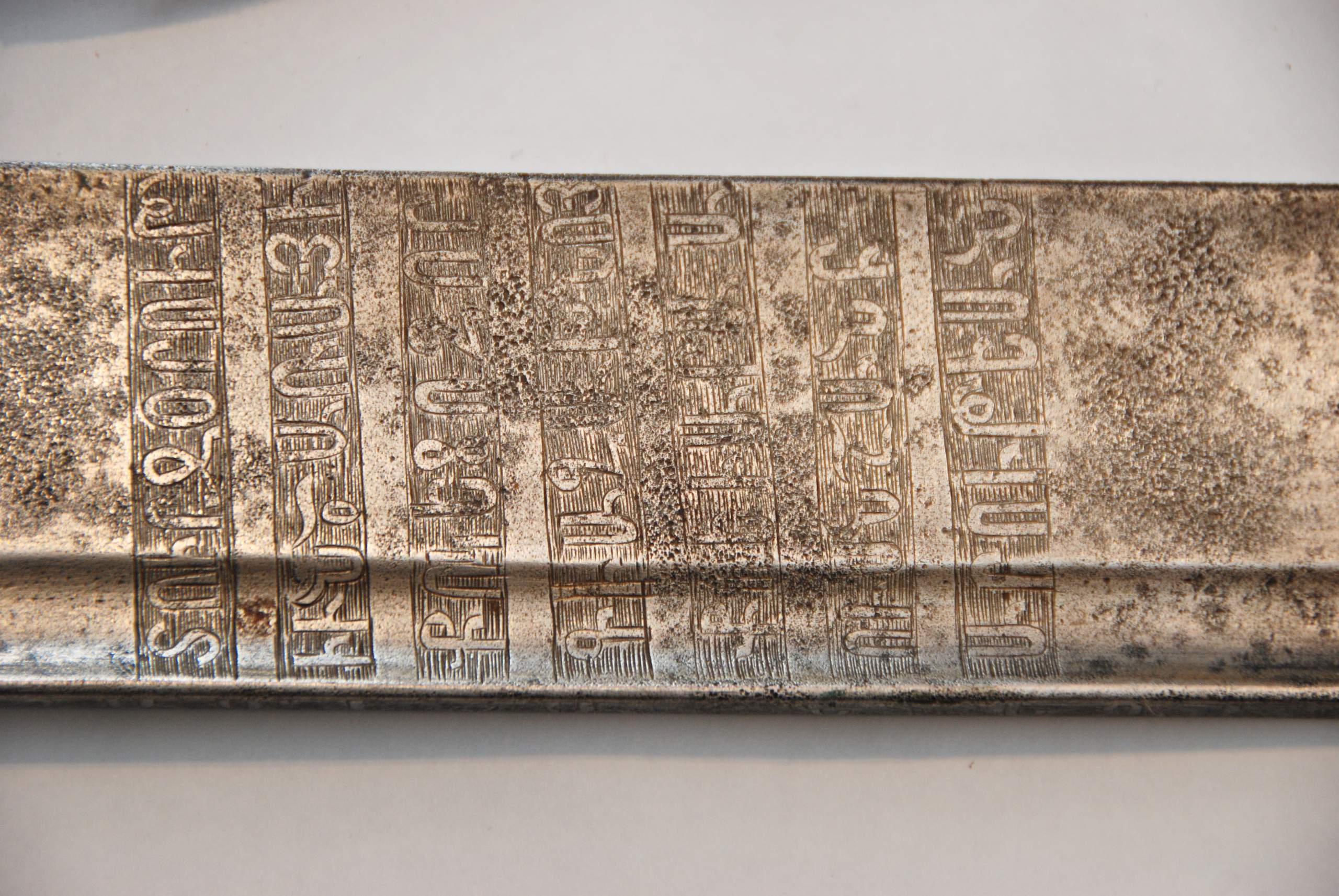 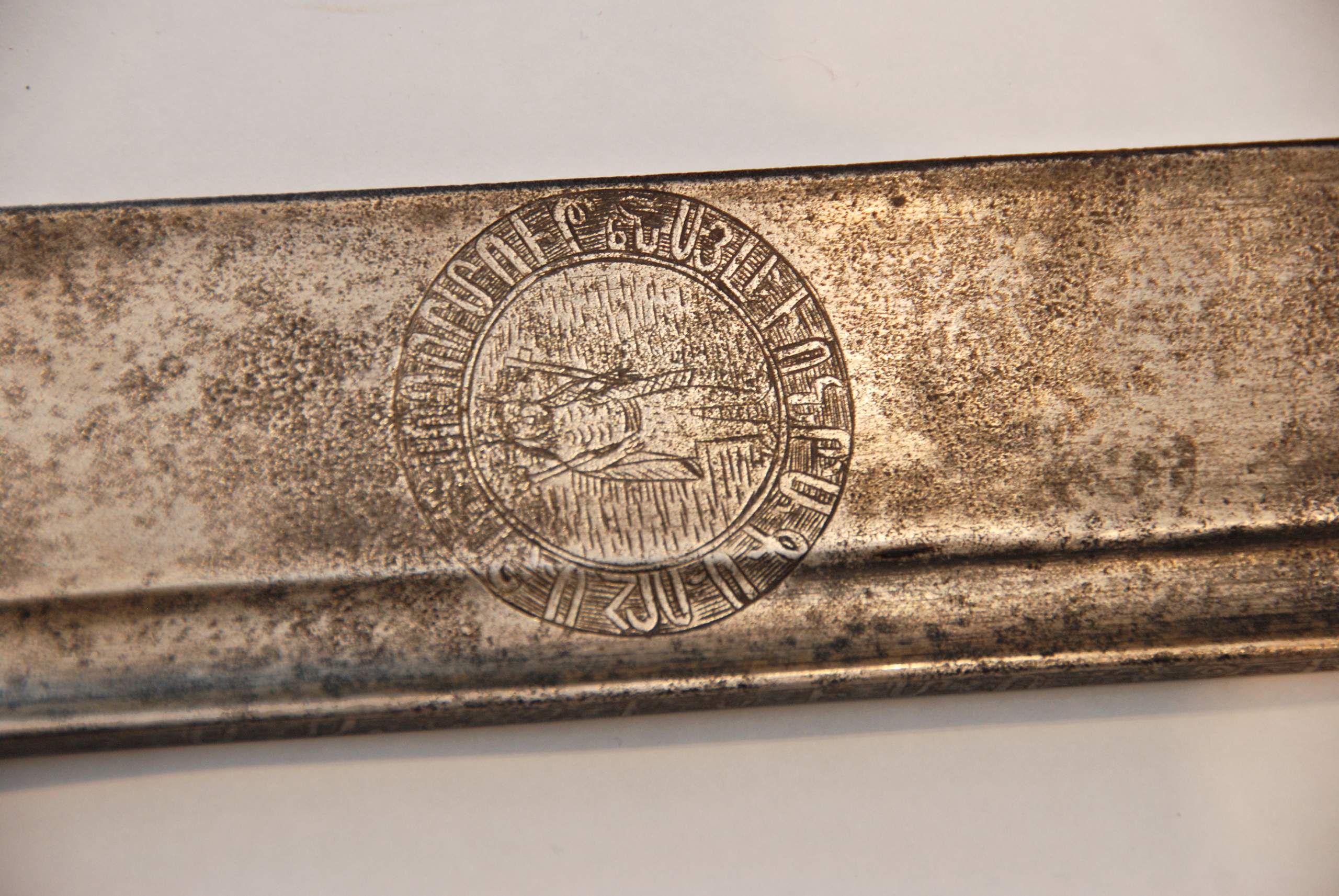 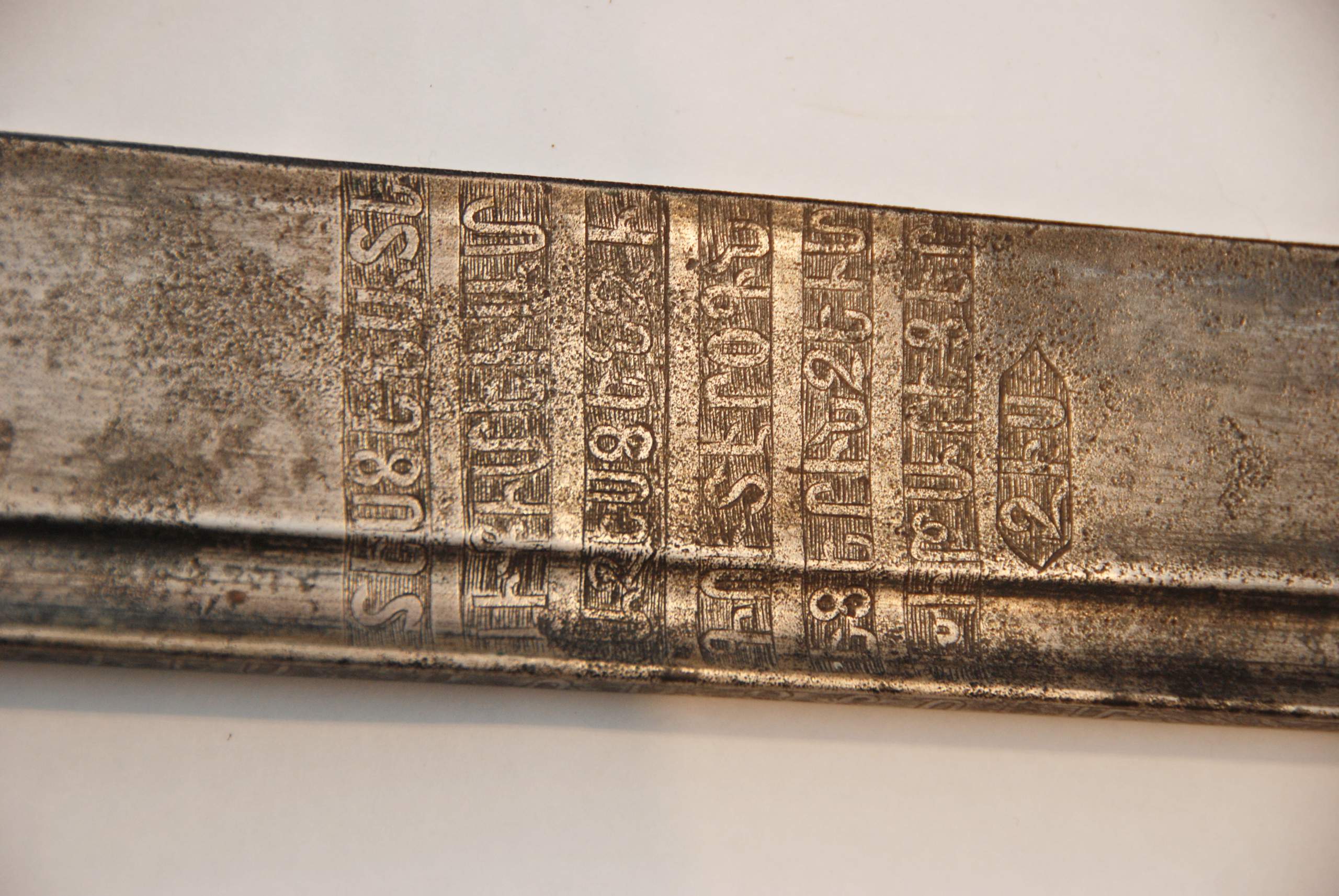 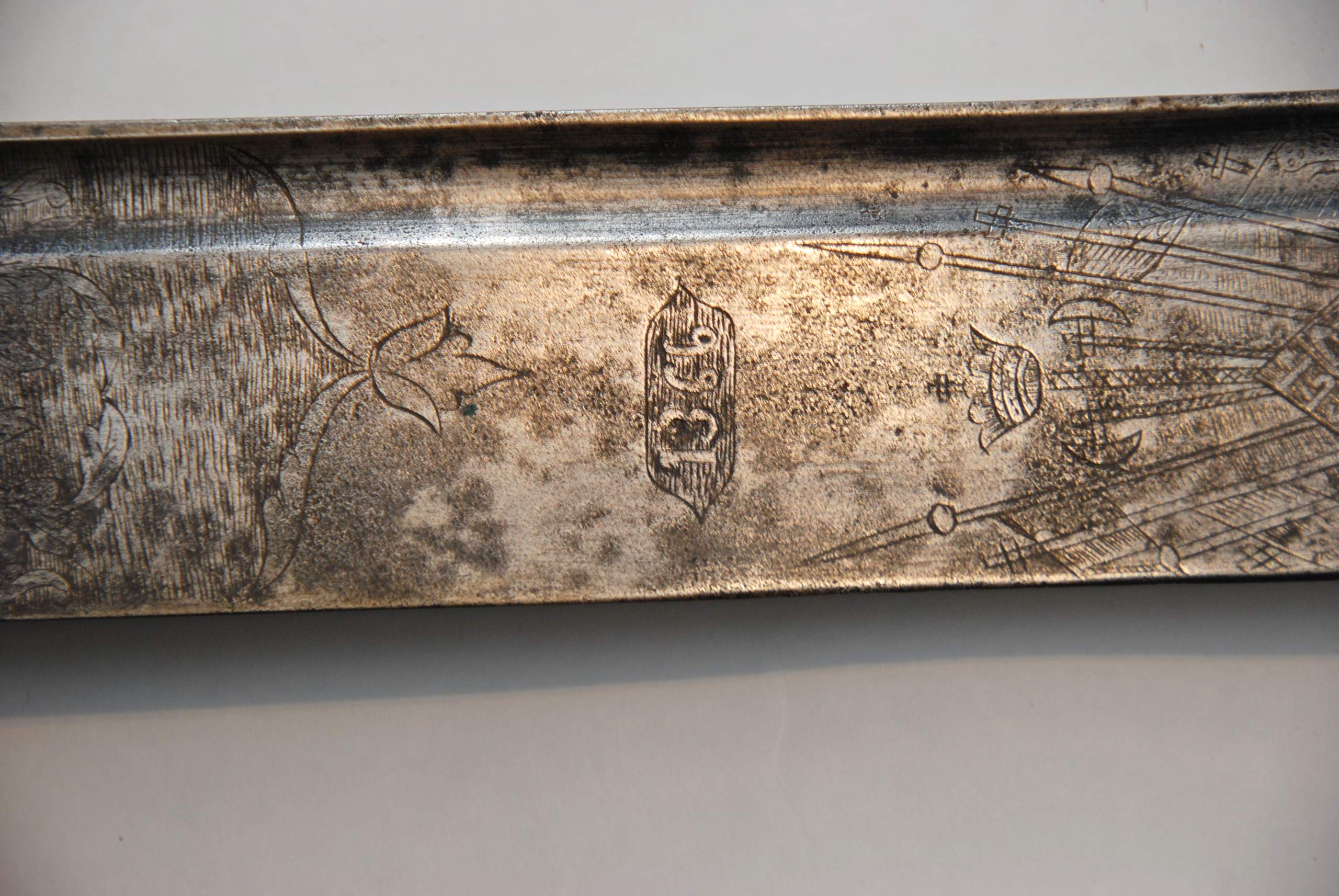 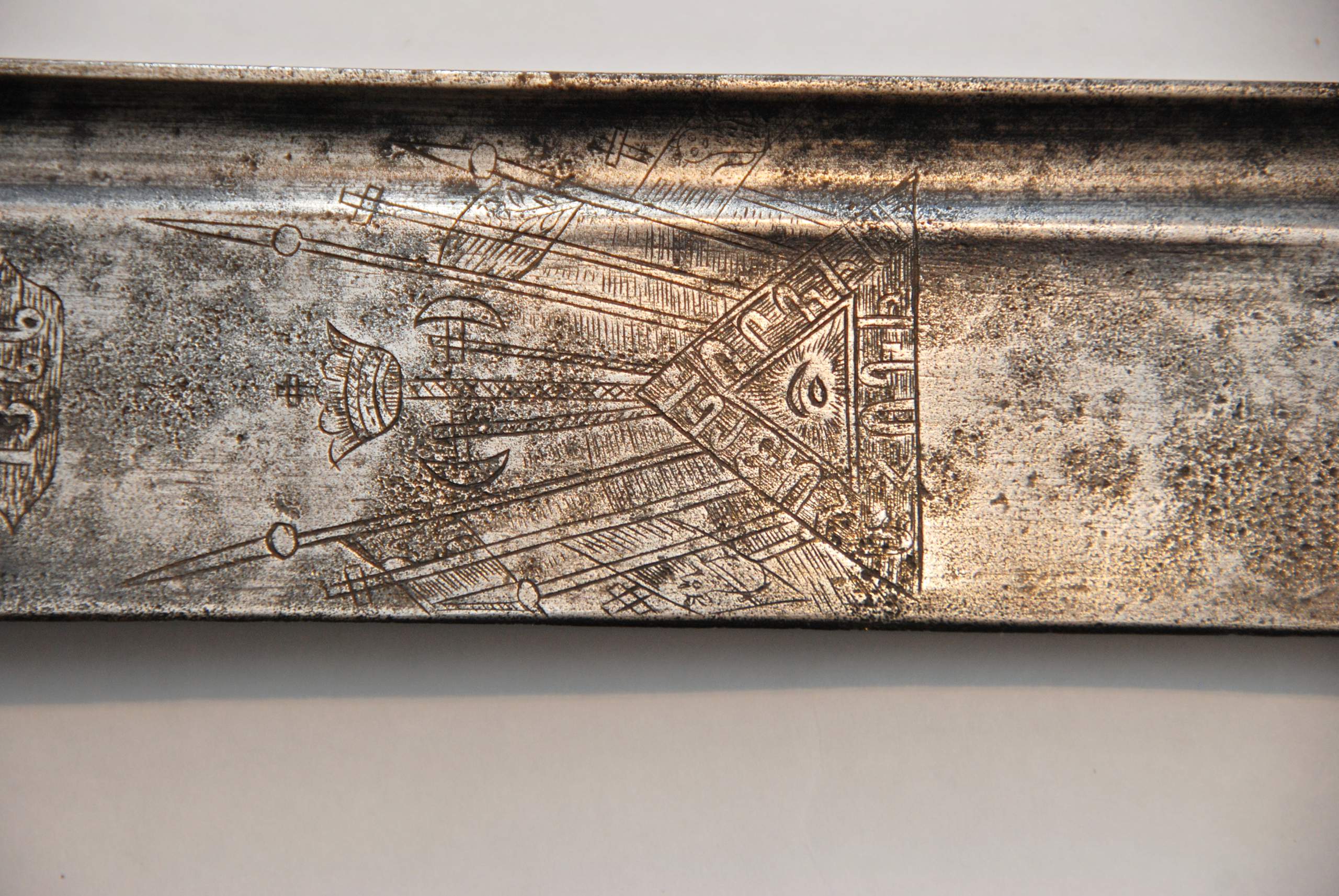 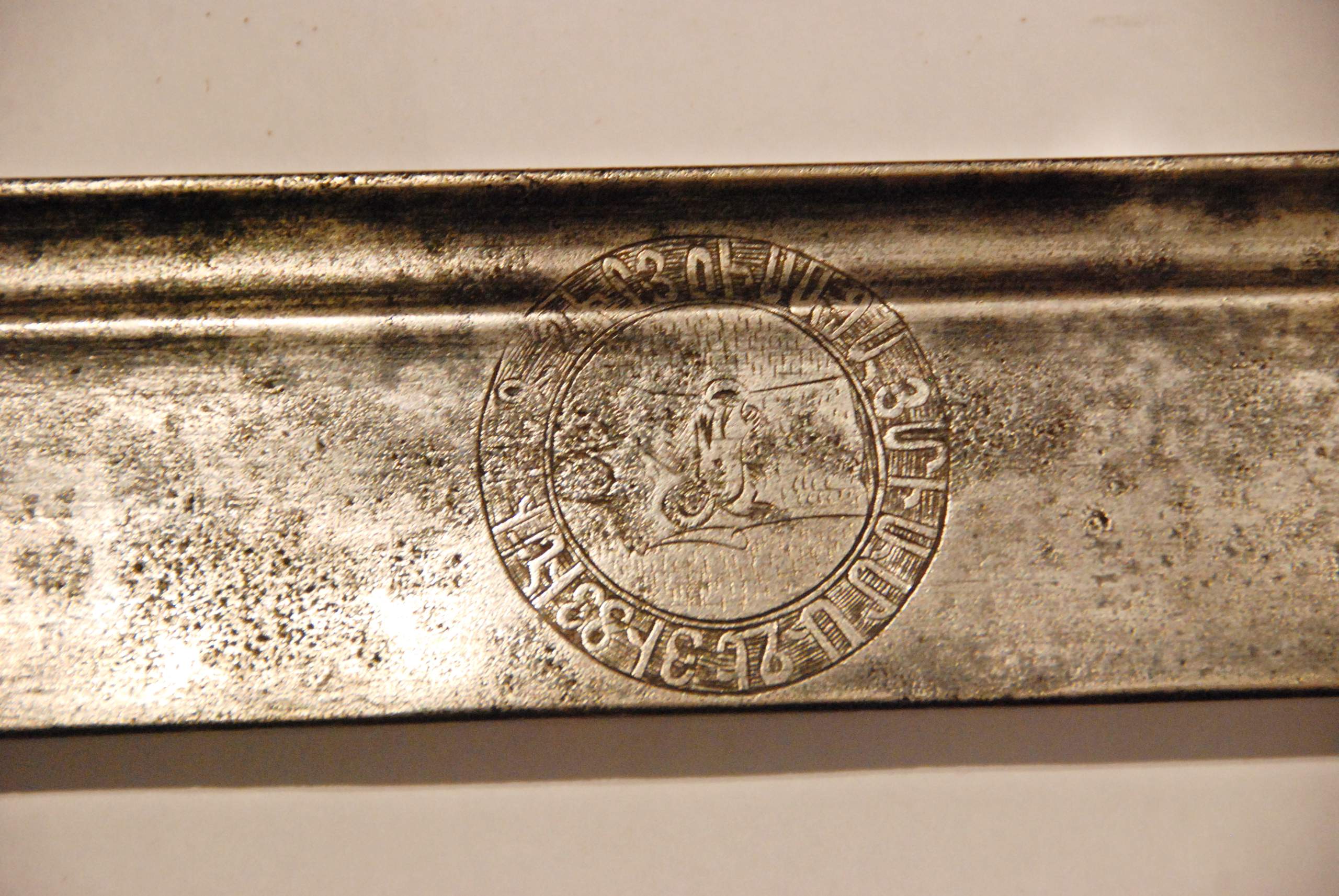 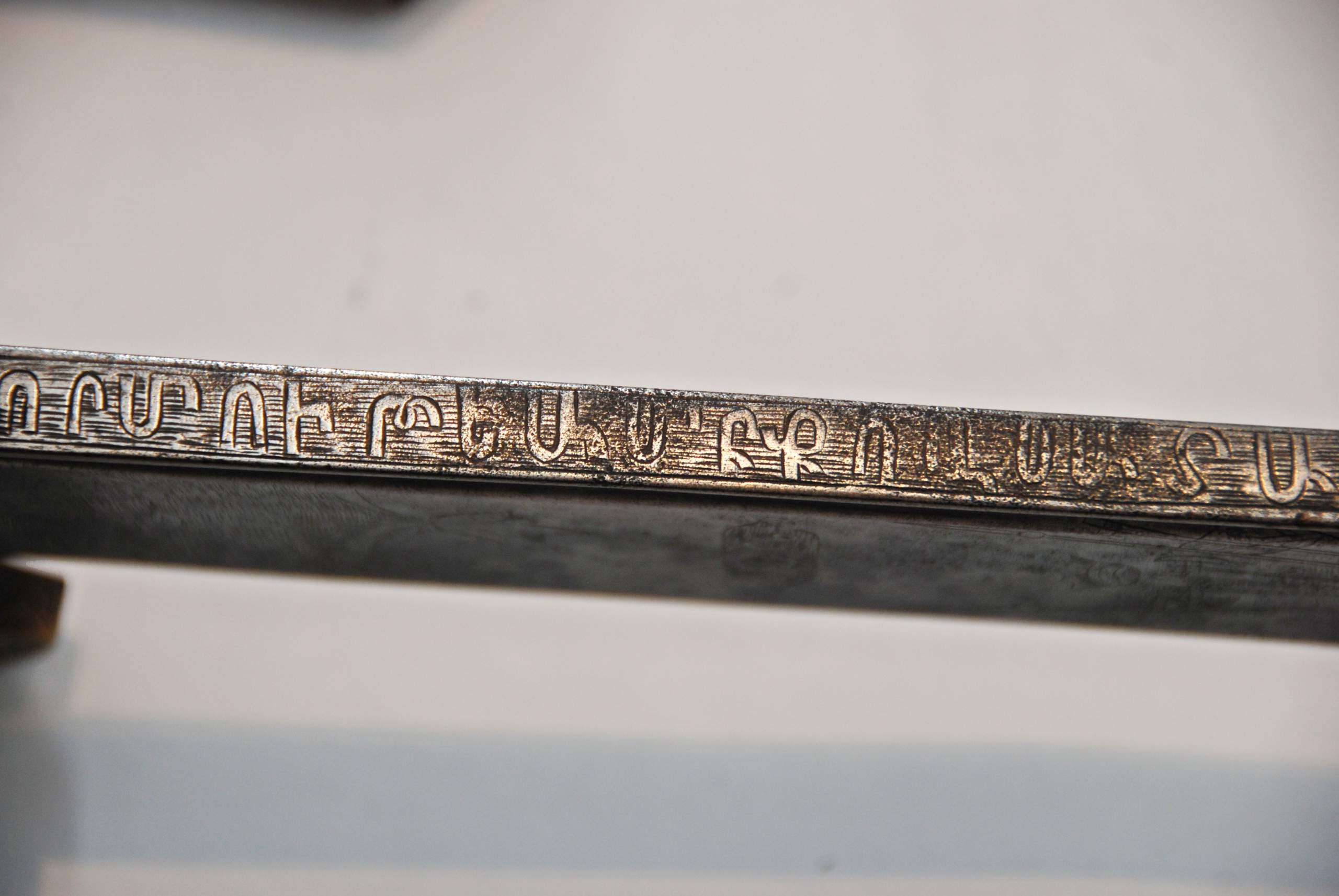 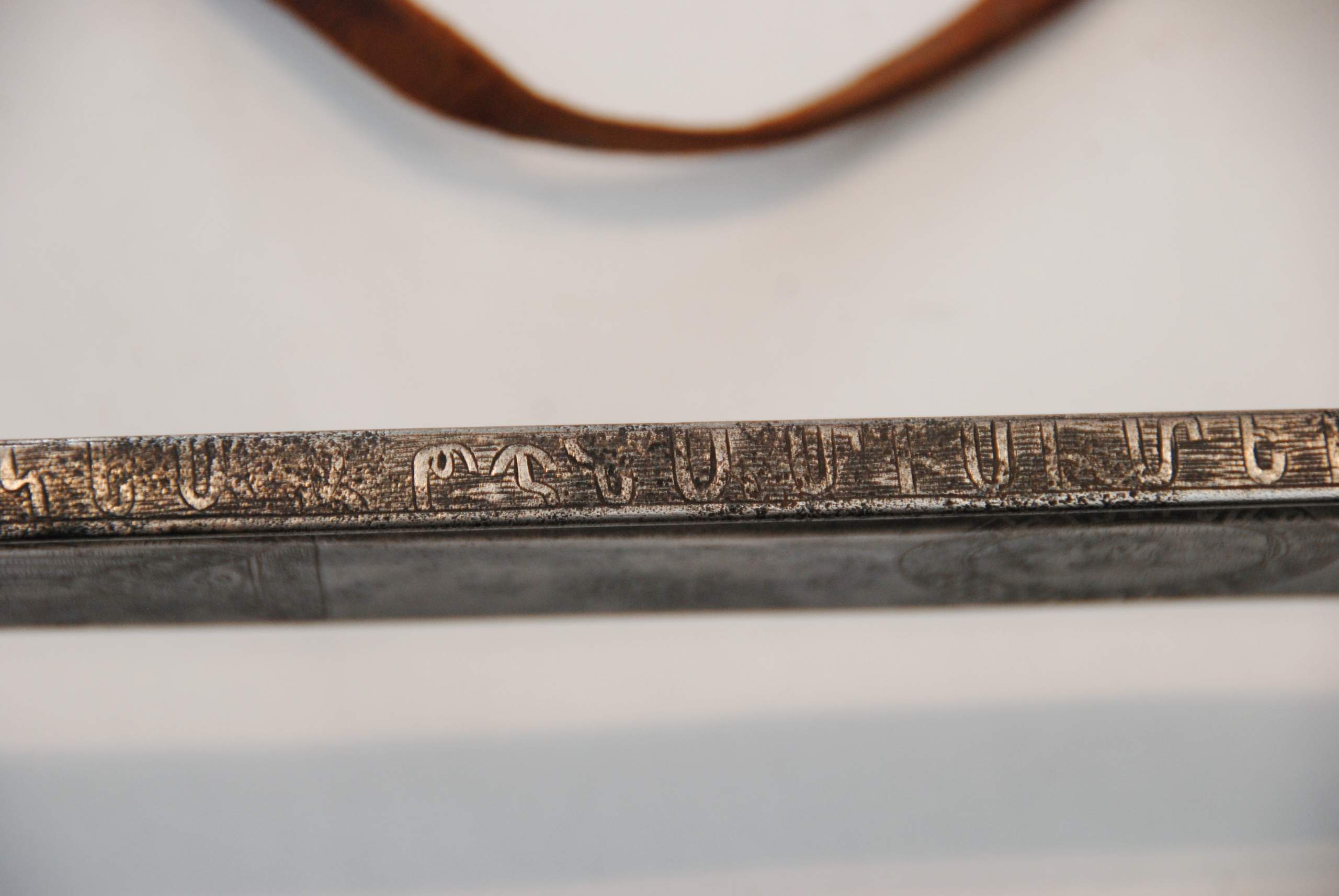 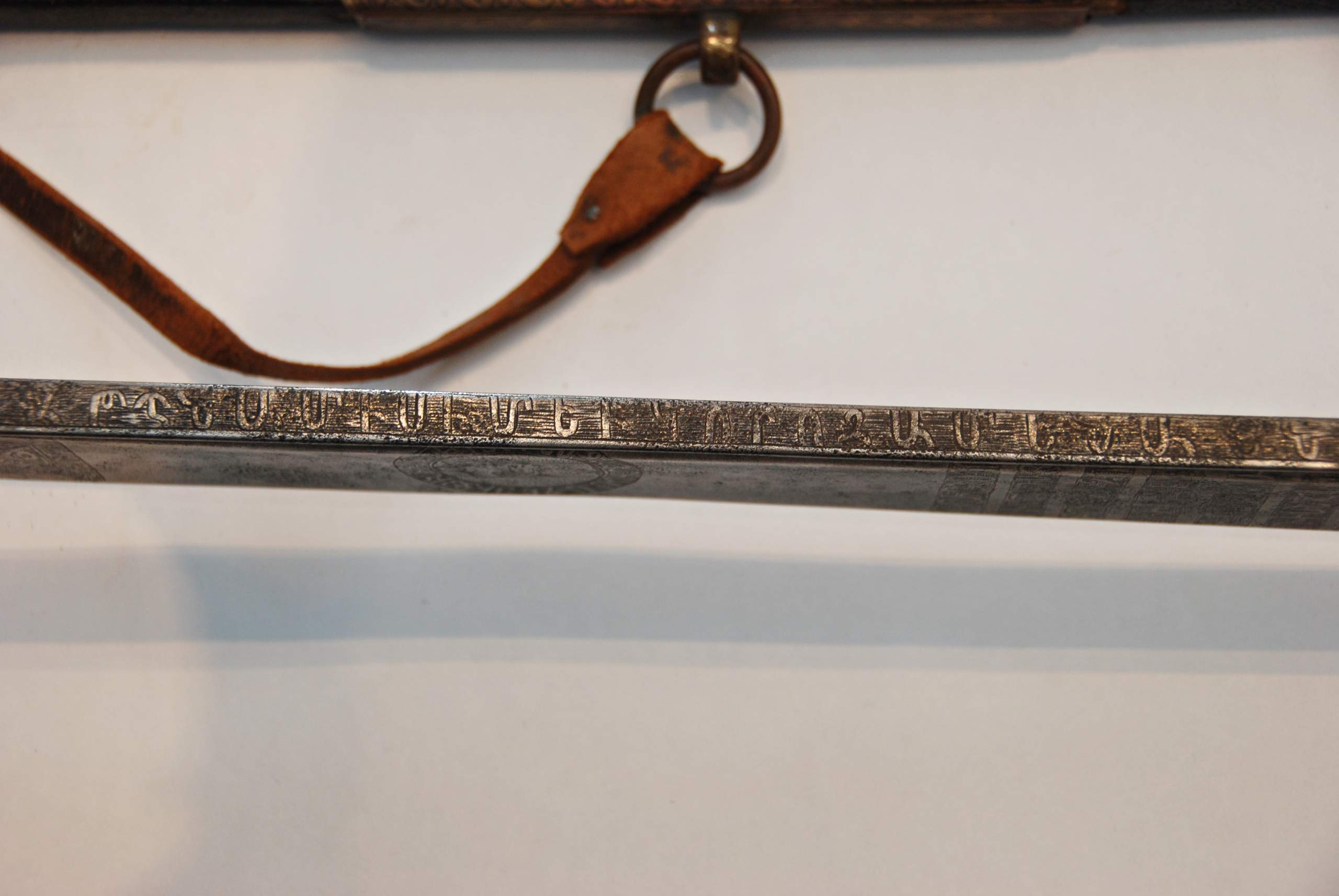 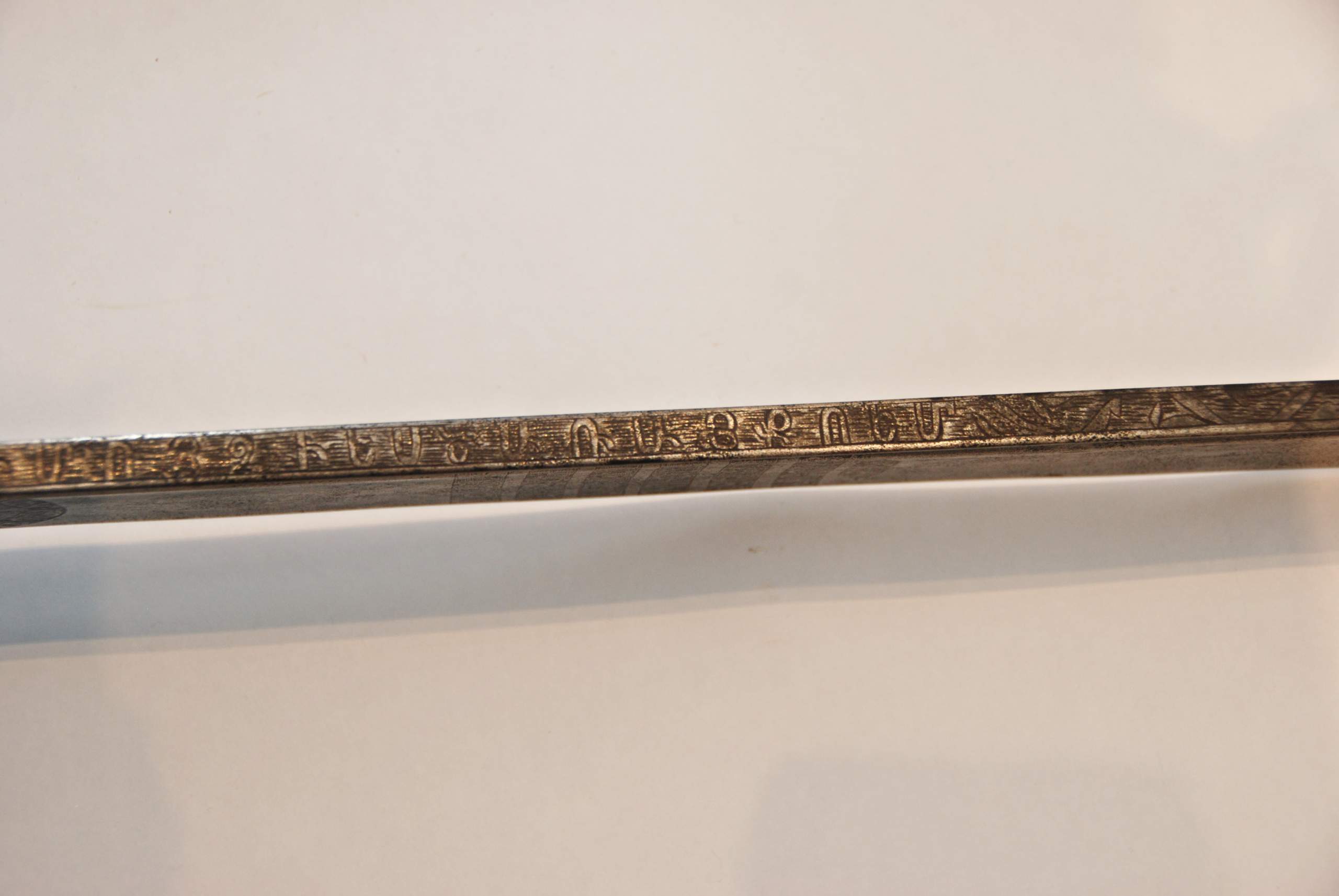 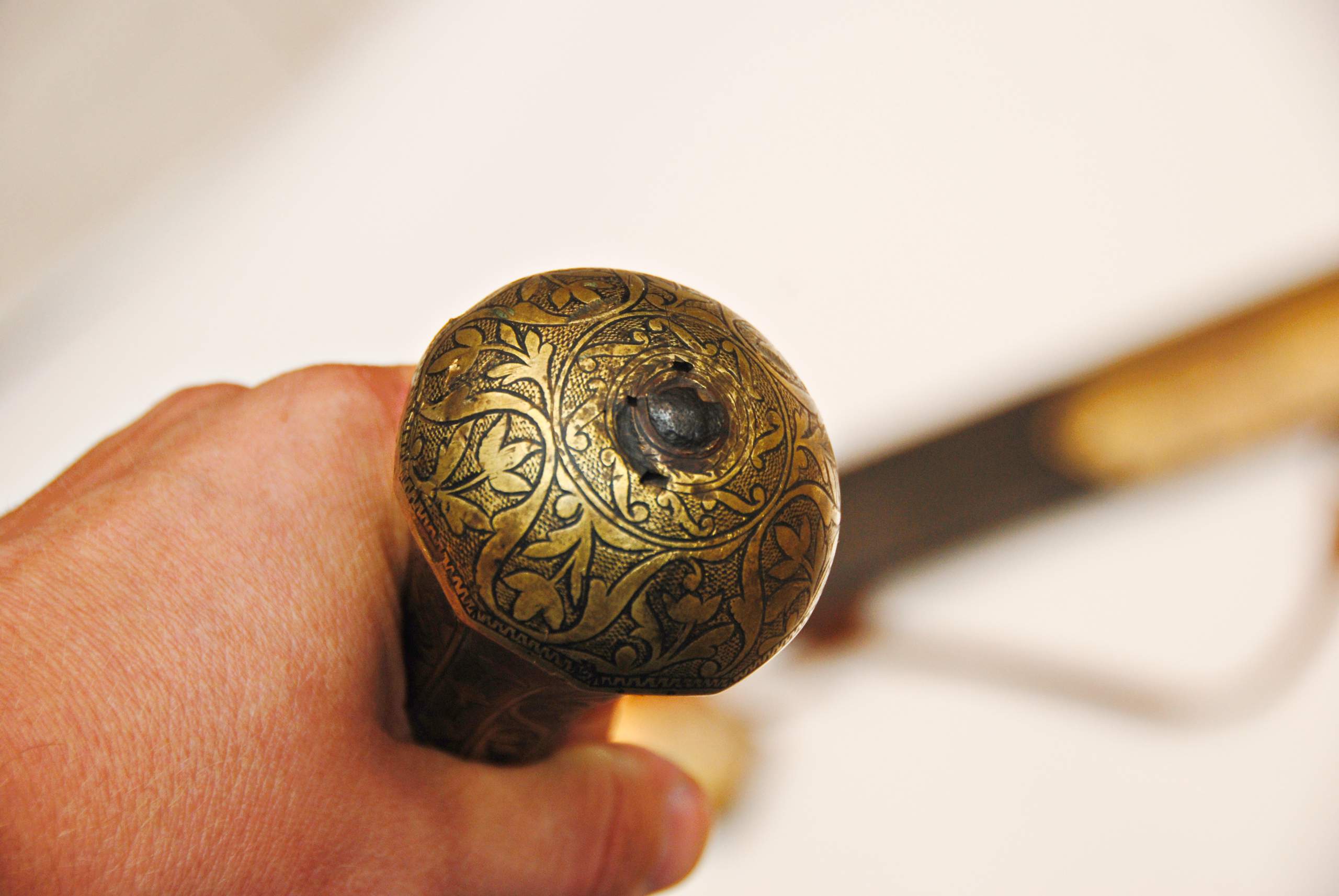 Ceremonial Armenian sword. 1866. This sword was made in a few exemplars on the 500th anniversary of the coronation of Tsar Cilicia Levon VI Lusignan. The handle of the sword is bronze with gilding. On the blade, scabbard and guard inscriptions in the old Armenian language.

There are many legends associated with King Levon VI. After the ruin of Cilicia by the Ottomans, he was forced to flee to Europe. On the way, he stopped in Venice, where he founded an Armenian monastery and left a valuable library there. Then he was received with honors by the Spanish king, who even gave him part of the Spanish lands - the cities of Madrid, Andujar and Villarreal (Ciudadreal). After Spain, King Levon went to France, where he was also an honored guest. In France in those days there was a 100-year war with England. Levon went as a parliamentarian and conciliator to the king of England, who appointed Levon a life sentence, but he could not stop the war. King Levon VI died in Paris in 1393 and was buried with all the royal honors in the tomb, along with all the French kings.