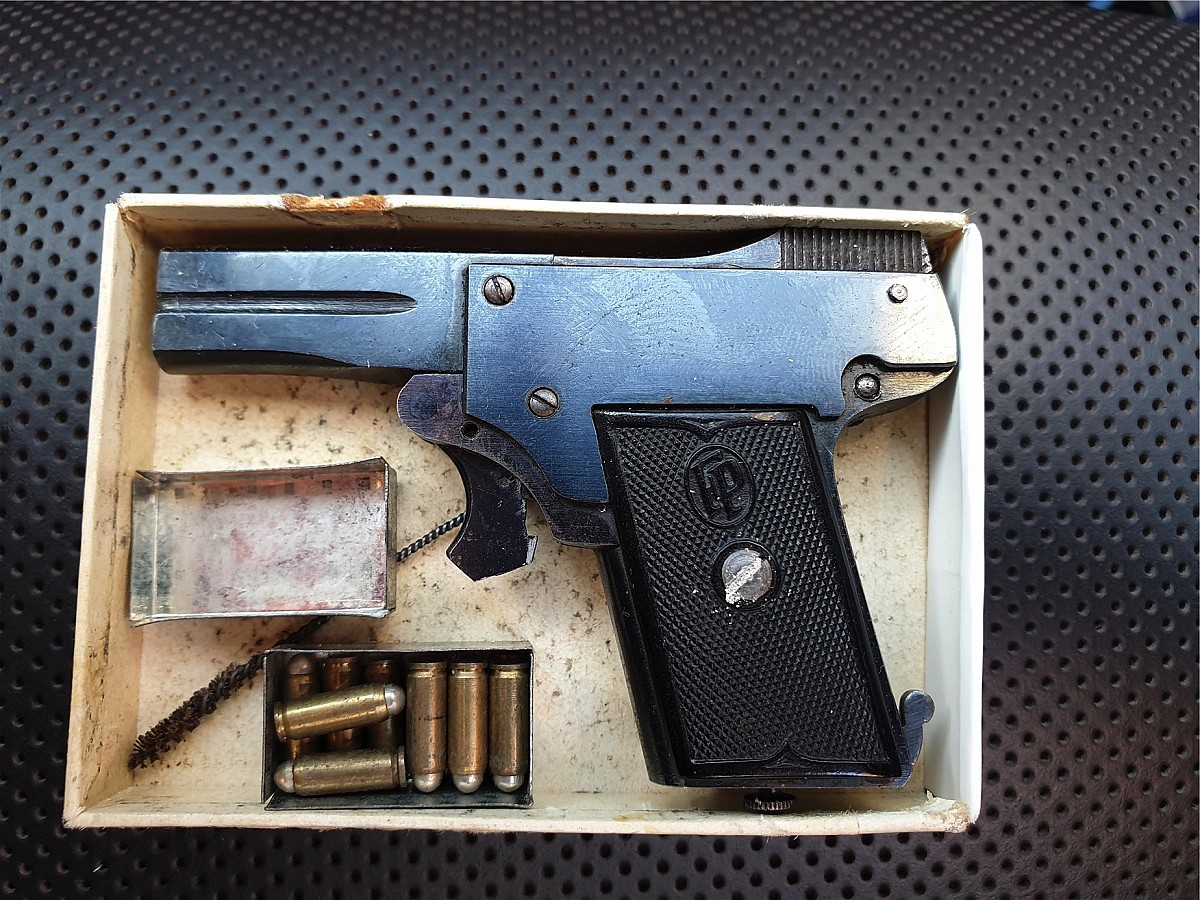 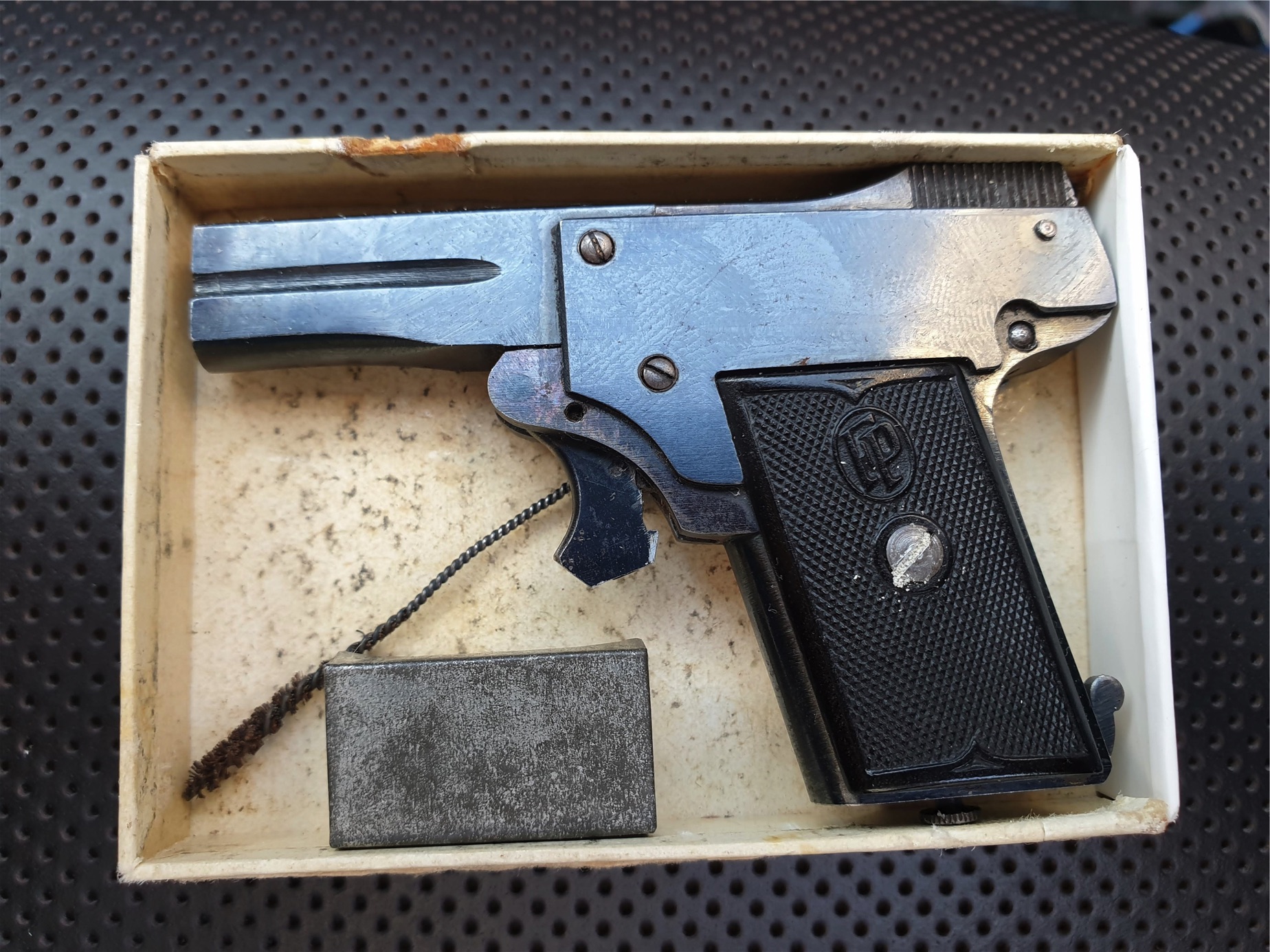 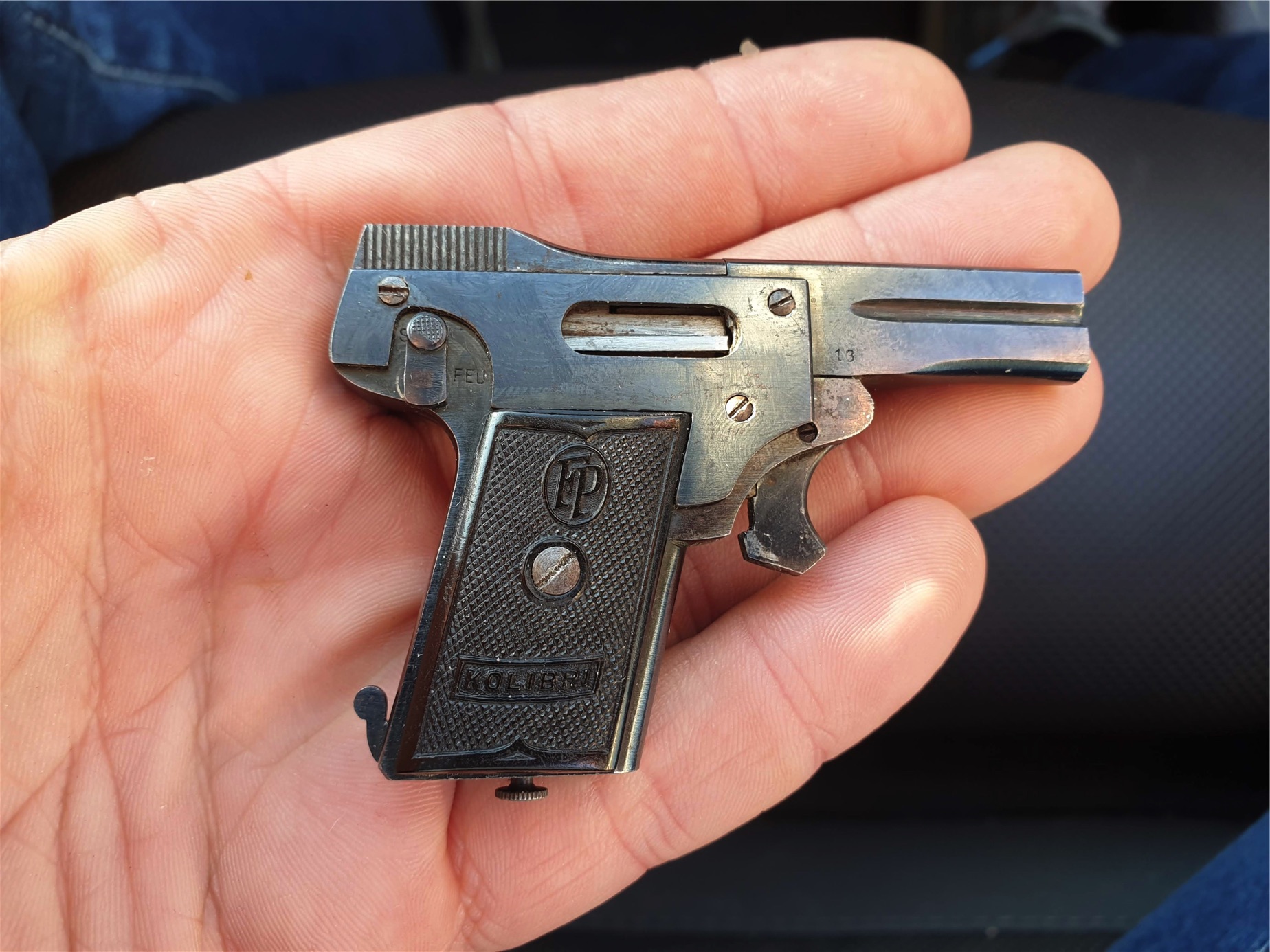 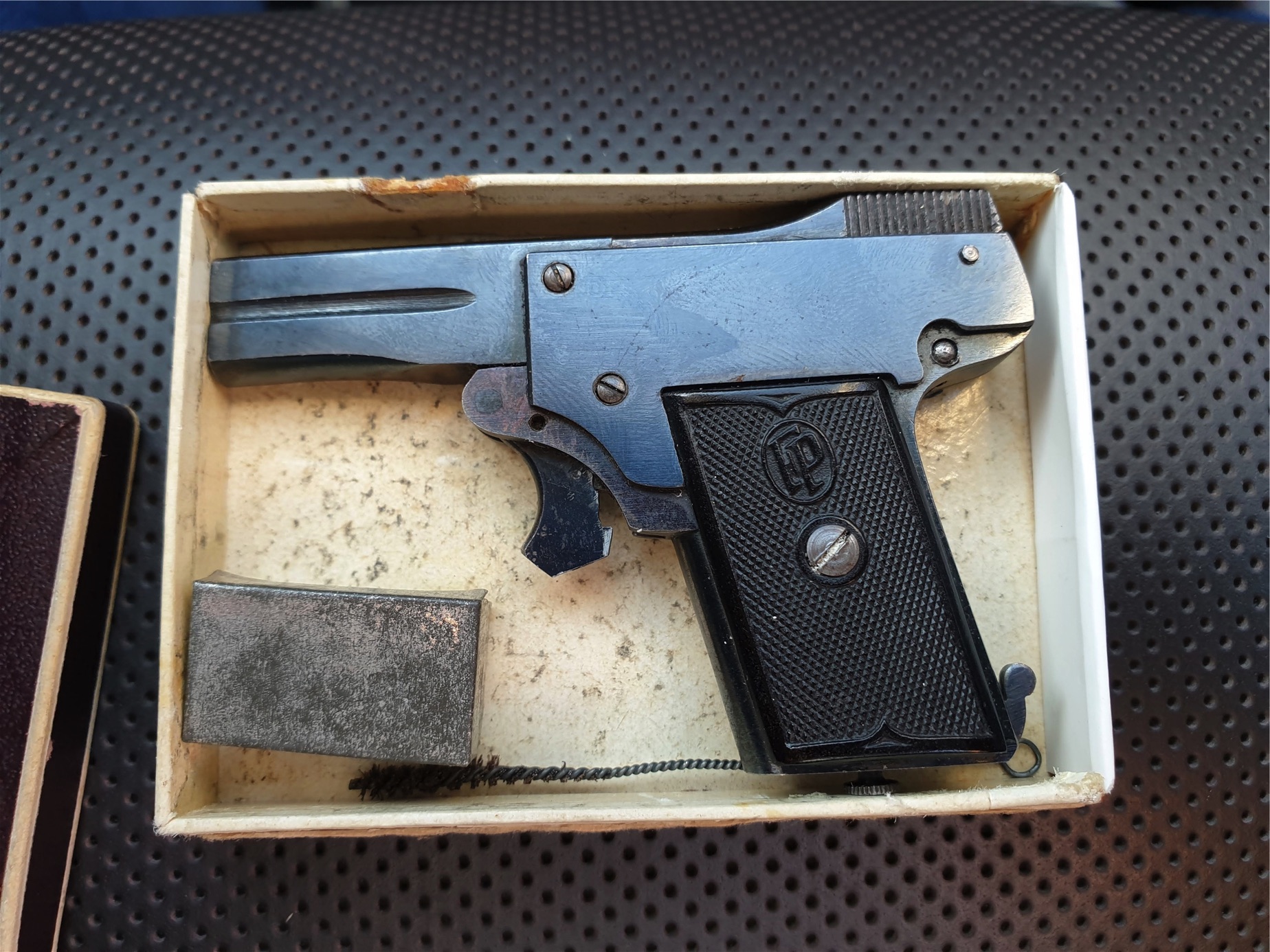 The COLIBRI is a small pistol created in Austria-Hungary by designer Franz Pfannl based on the 4.5-mm Erica gun. Two varieties of pistols were produced (produced from 1913 to the 1920s), which differed in caliber - 2.7 mm and 3 mm, with a 3 mm variety having a shorter barrel length. When fired, a bullet weighing approximately 0.2 grams (3 mm version) developed a speed of about 150 m / s (kinetic energy of about 2.2 Joules). The bore was not rifled. The gun was made according to the scheme of the free shutter with a fixed barrel. A five-round magazine was inserted into the handle, on the left side there was a flag fuse. Made about 1000 units.