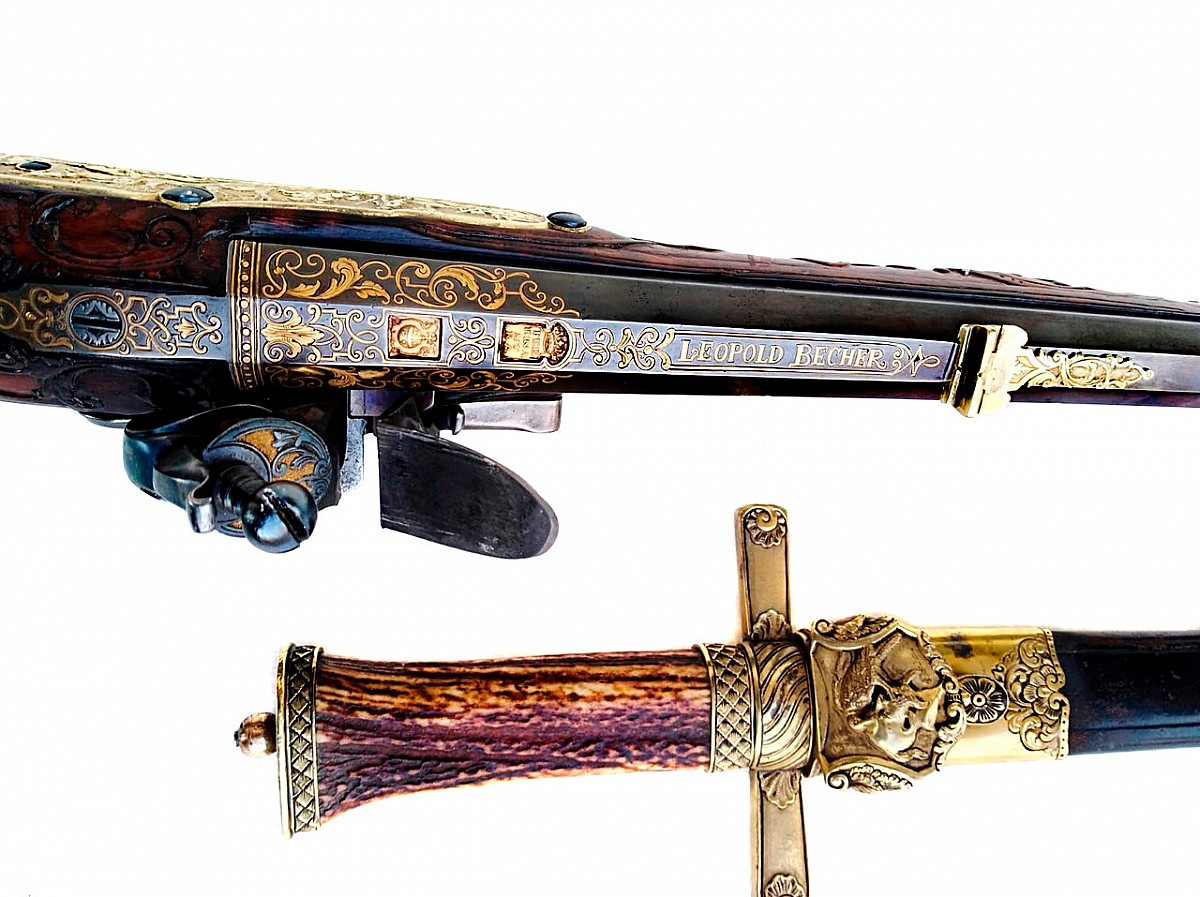 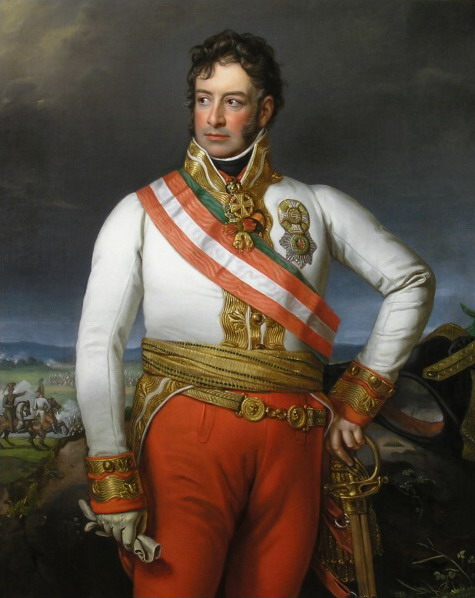 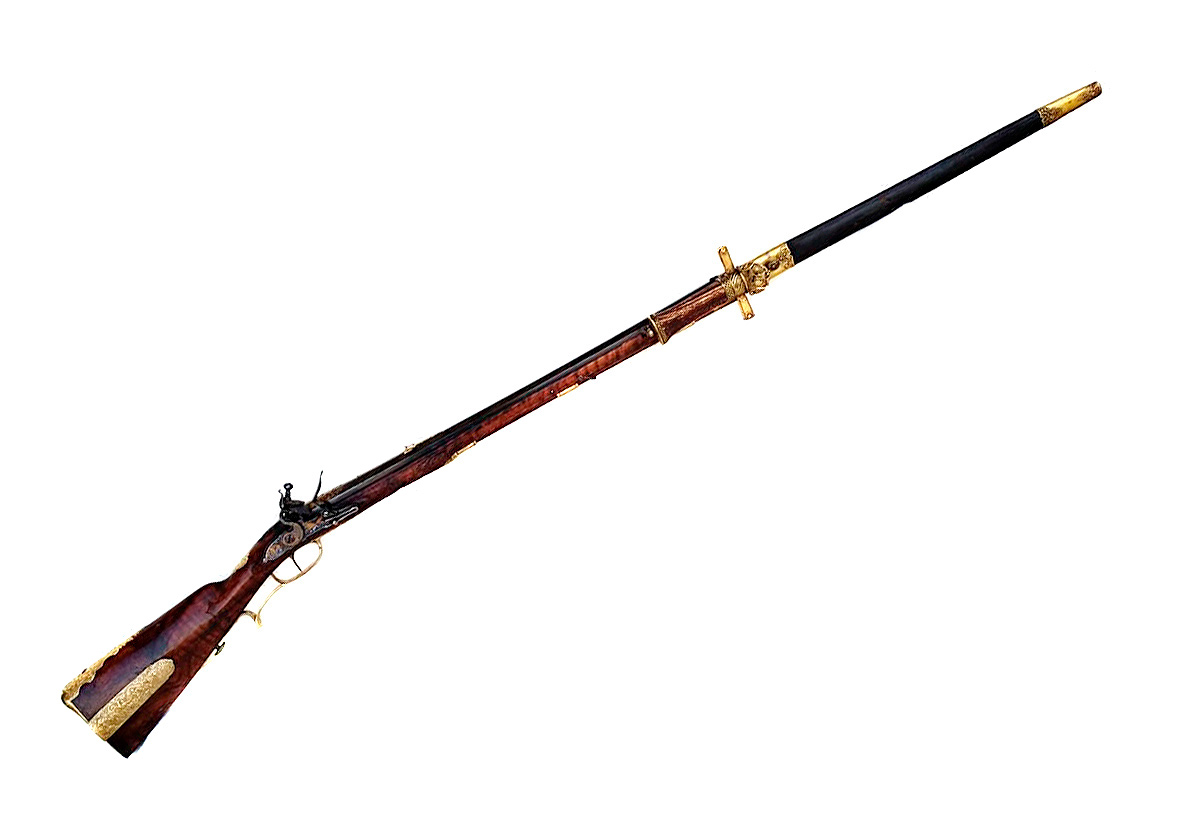 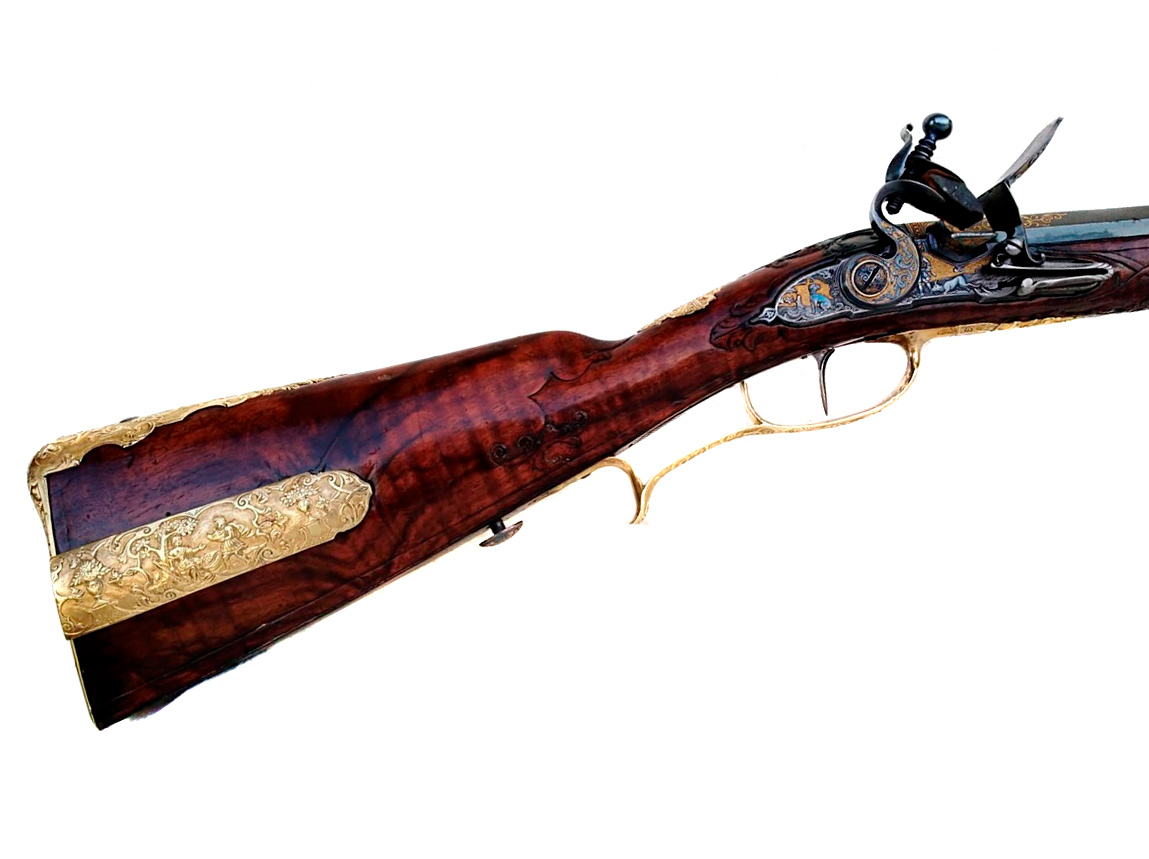 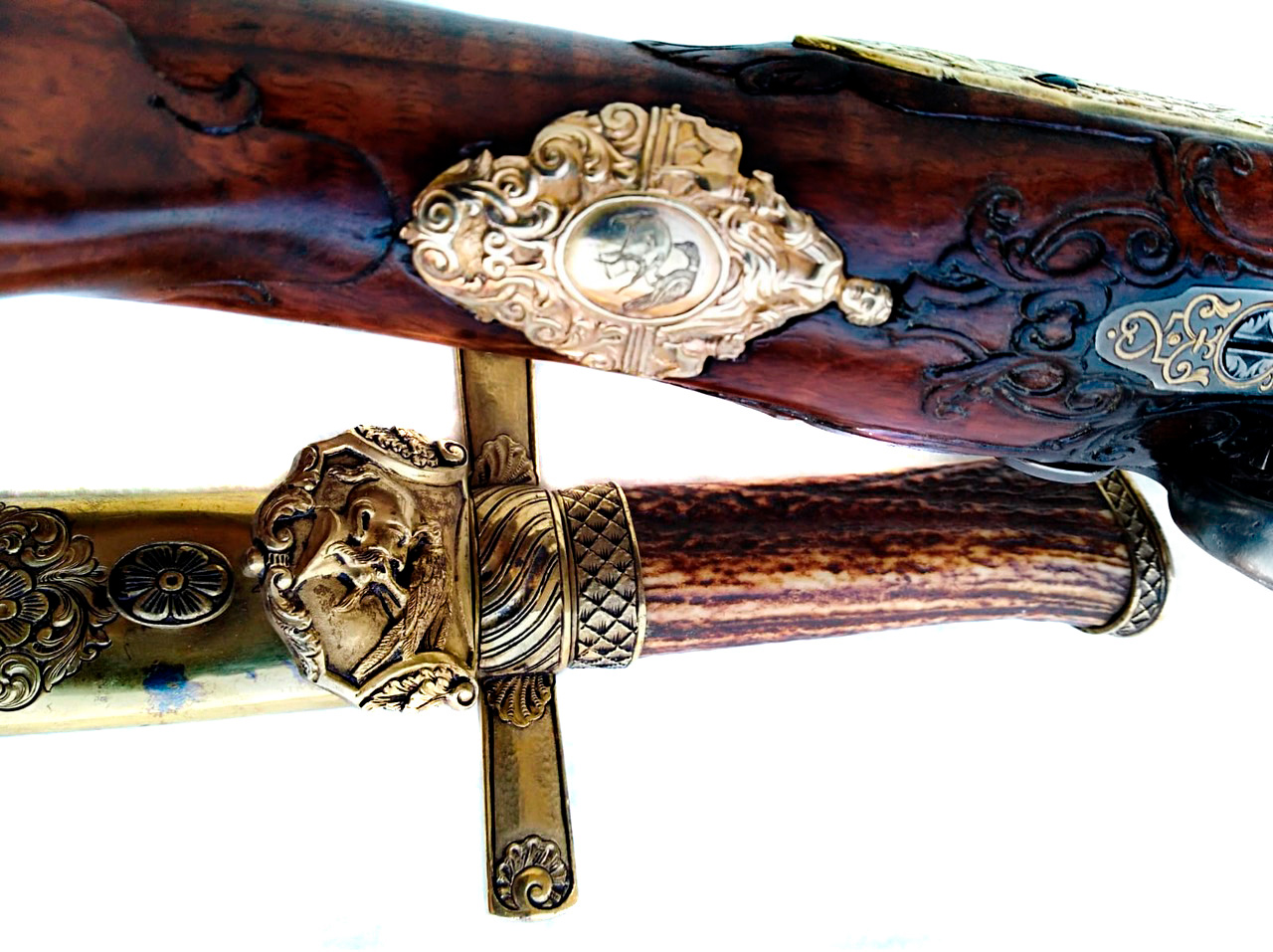 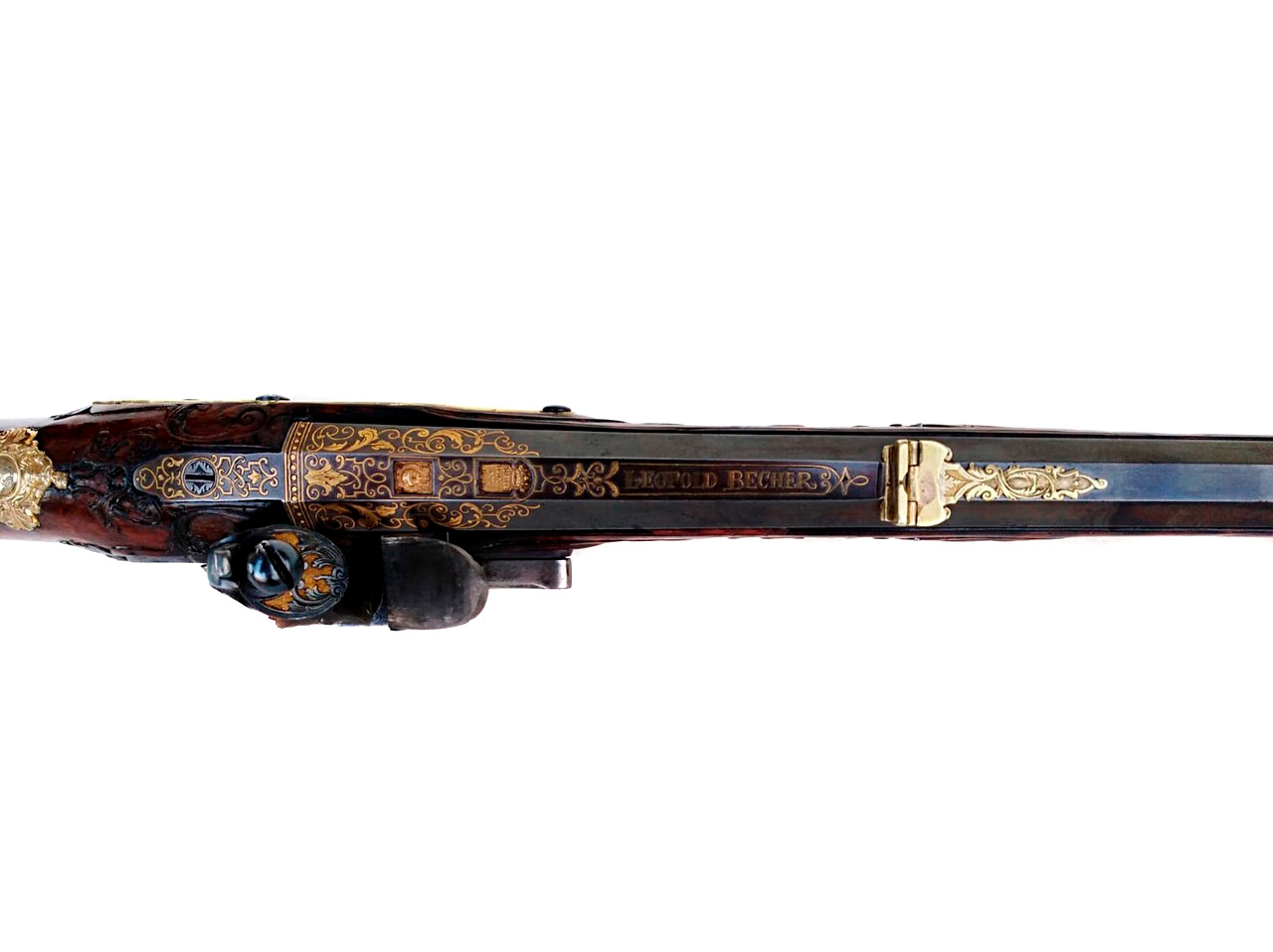 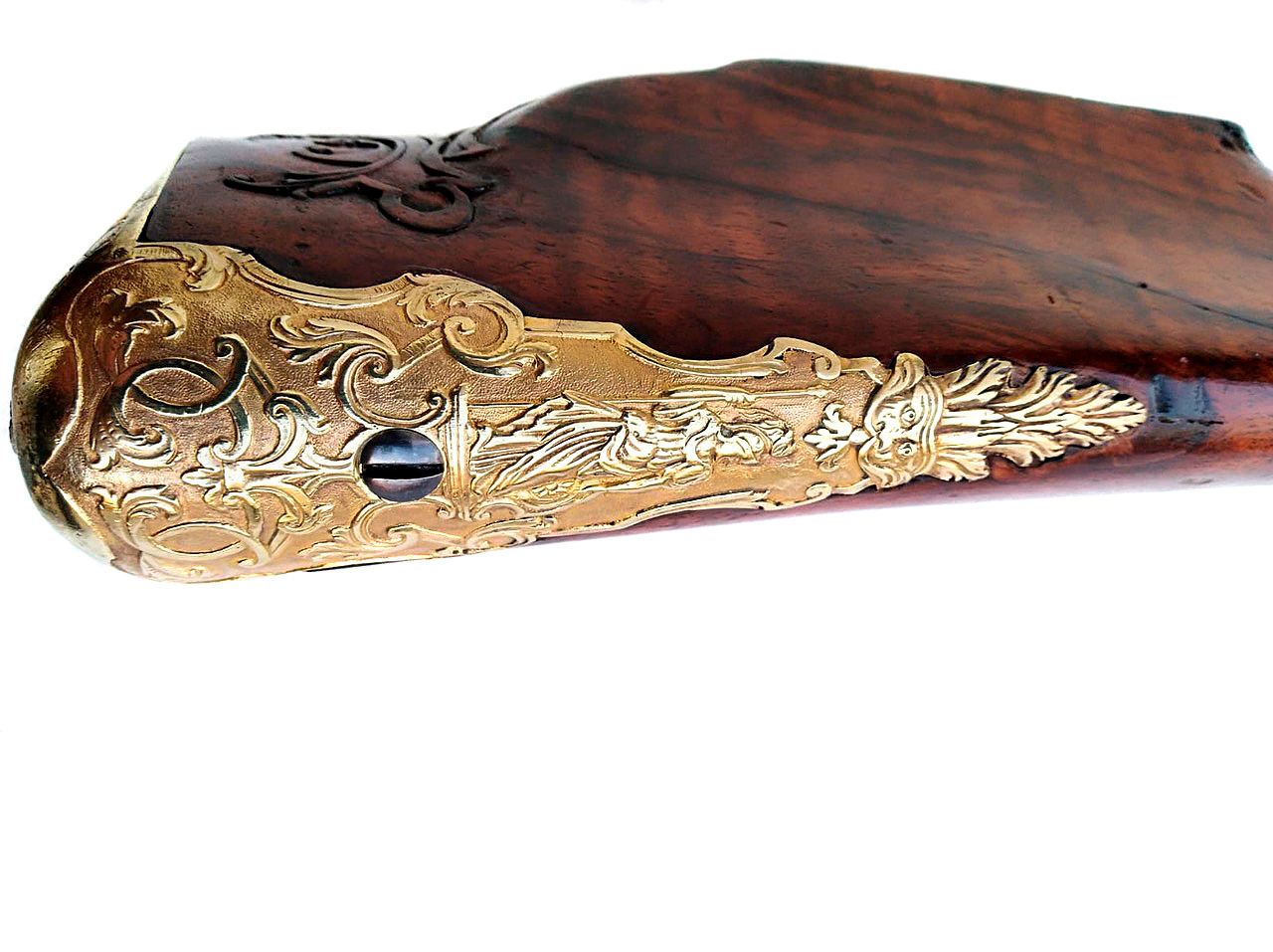 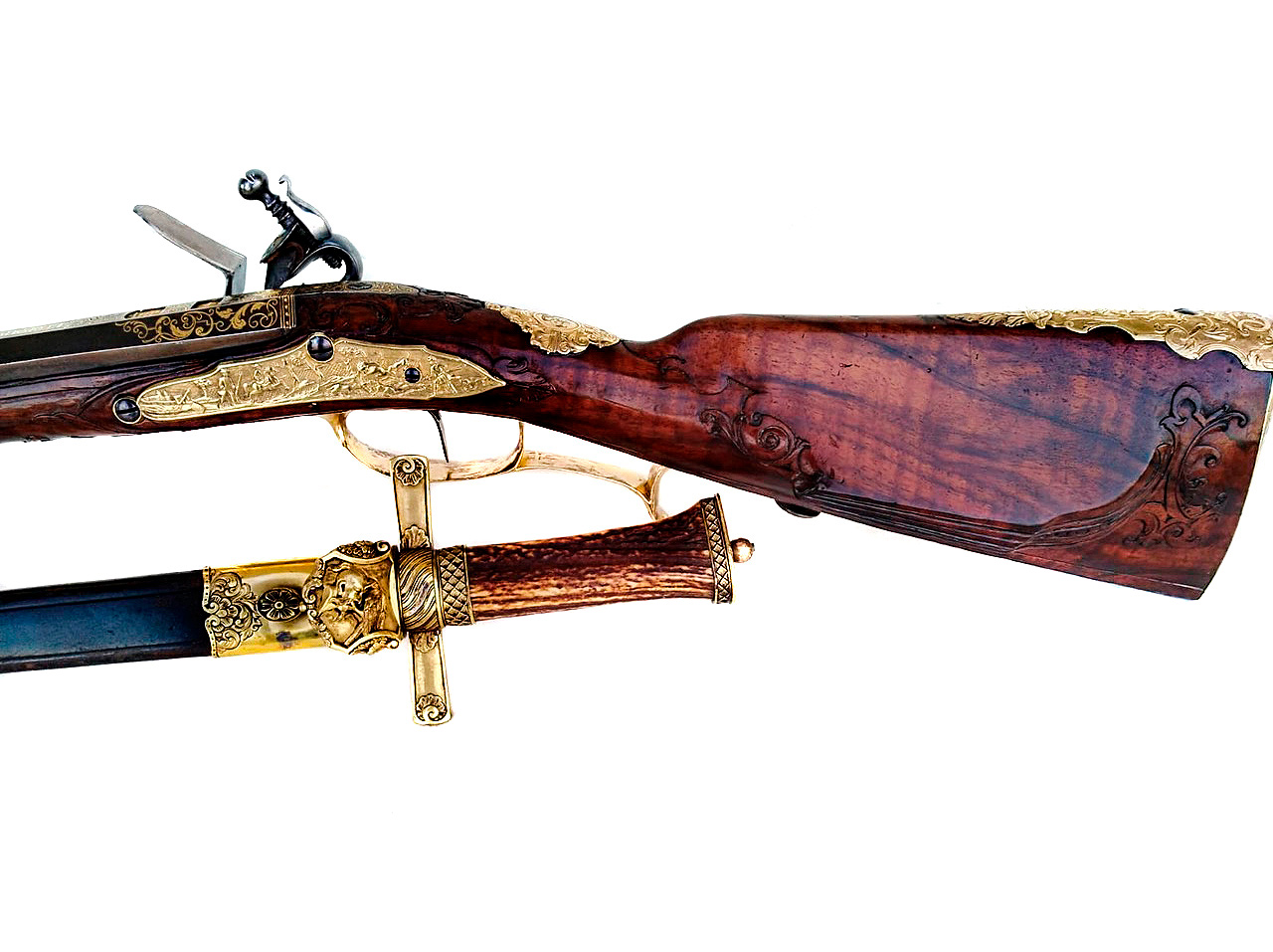 Flintlock hunting rifle with a bayonet dagger. Belonged to Karl Philipp, Fürst zu Schwarzenberg (or Charles Philip, Prince of Schwarzenberg; 18/19 April 1771 - October 15, 1820) was an Austrian field marshal Prince Schwarzenberg, Landgrave Klettgau, Count Sulz, Austrian Generalissimo and President of the Hofcrigsrat (since 1814) . Commander-in-Chief of the Allied Forces, who fought Napoleon I in the Battle of the Peoples near Leipzig. Member of the Napoleonic Wars.

The gun was made by the gunsmith Leopold Becher, Karlsbad, Bohemia, 1726-50. The barrel is made in Spanish style with the signature of the master. The gun is richly decorated with hunting scenes with steel carvings and gilding, a family coat of arms.

Price on request Flintlock hunting rifle with a bayonet dagger