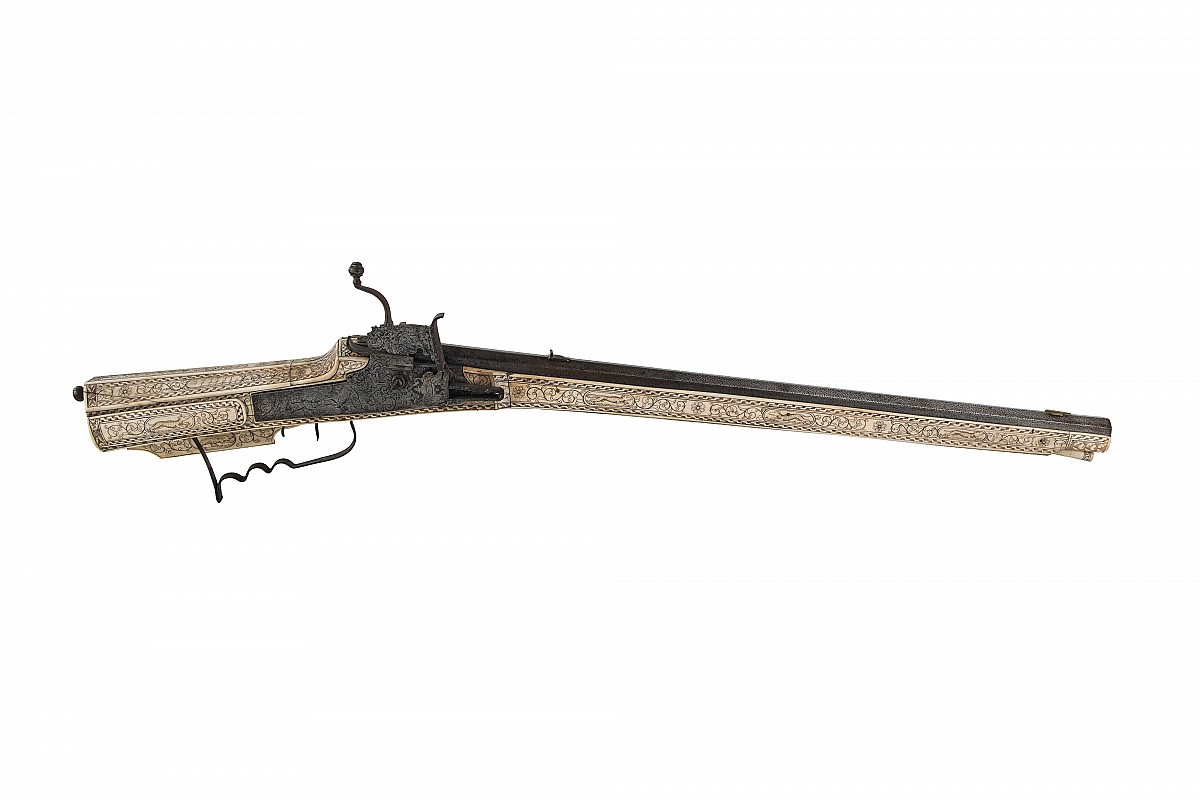 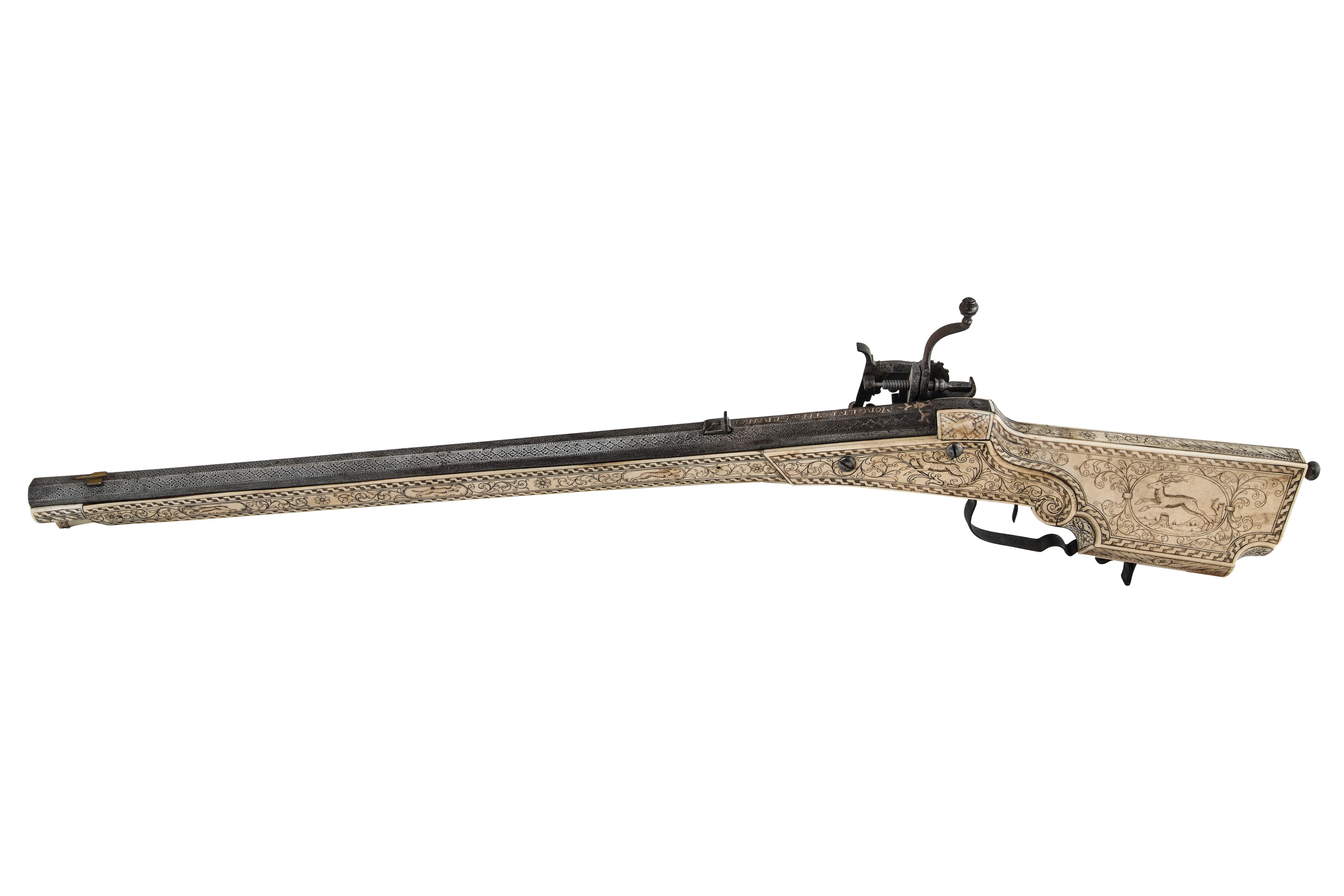 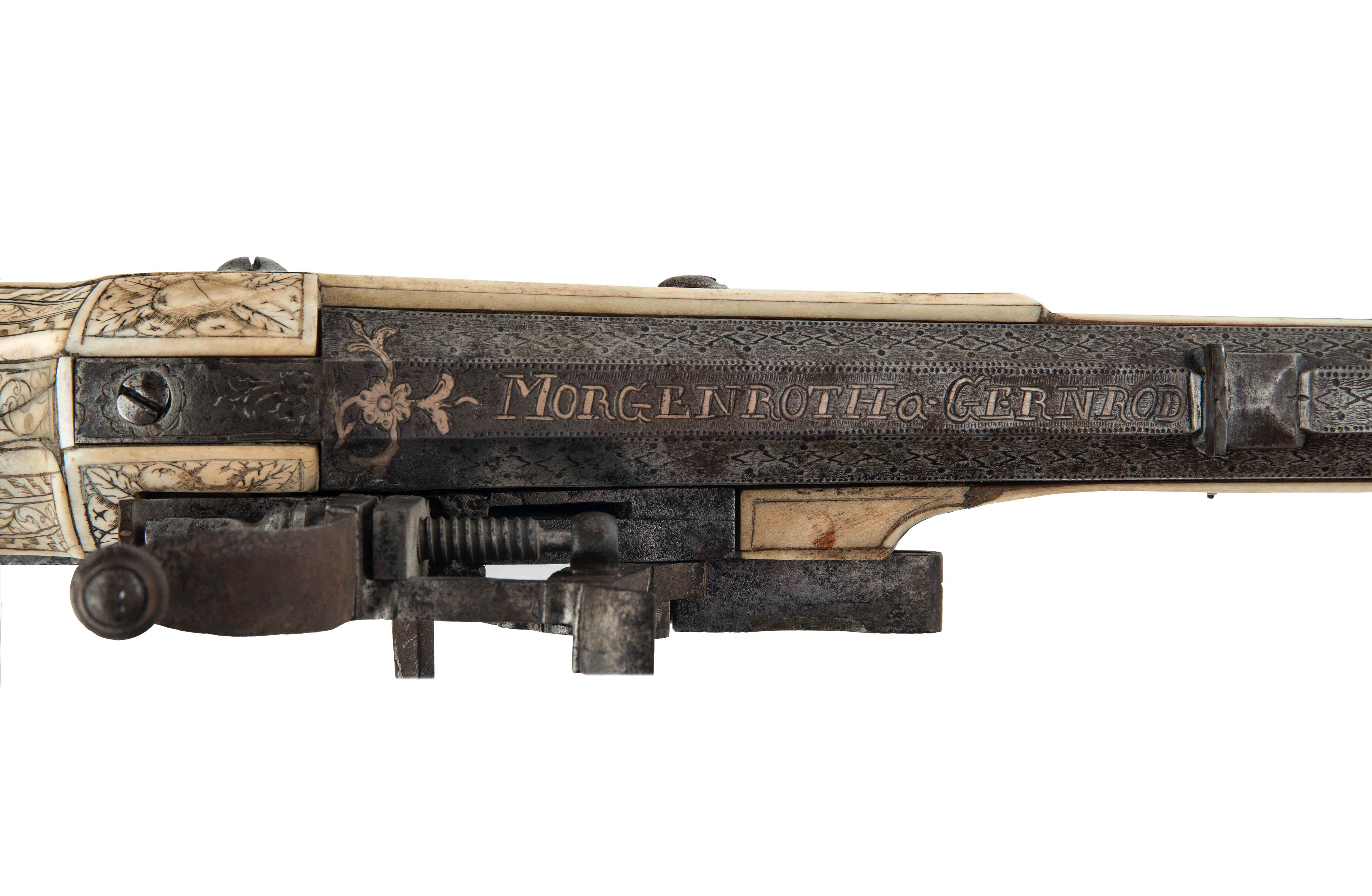 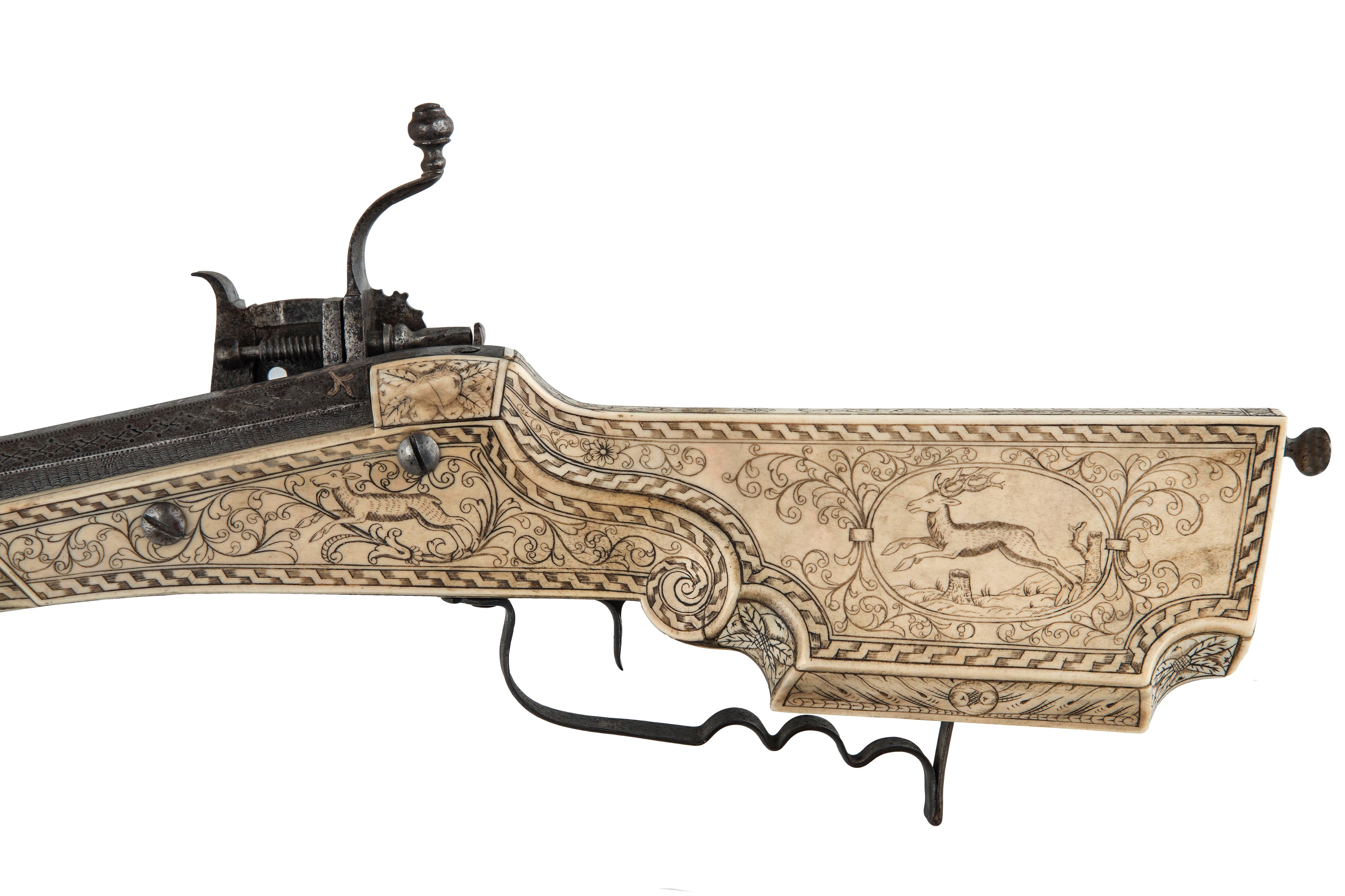 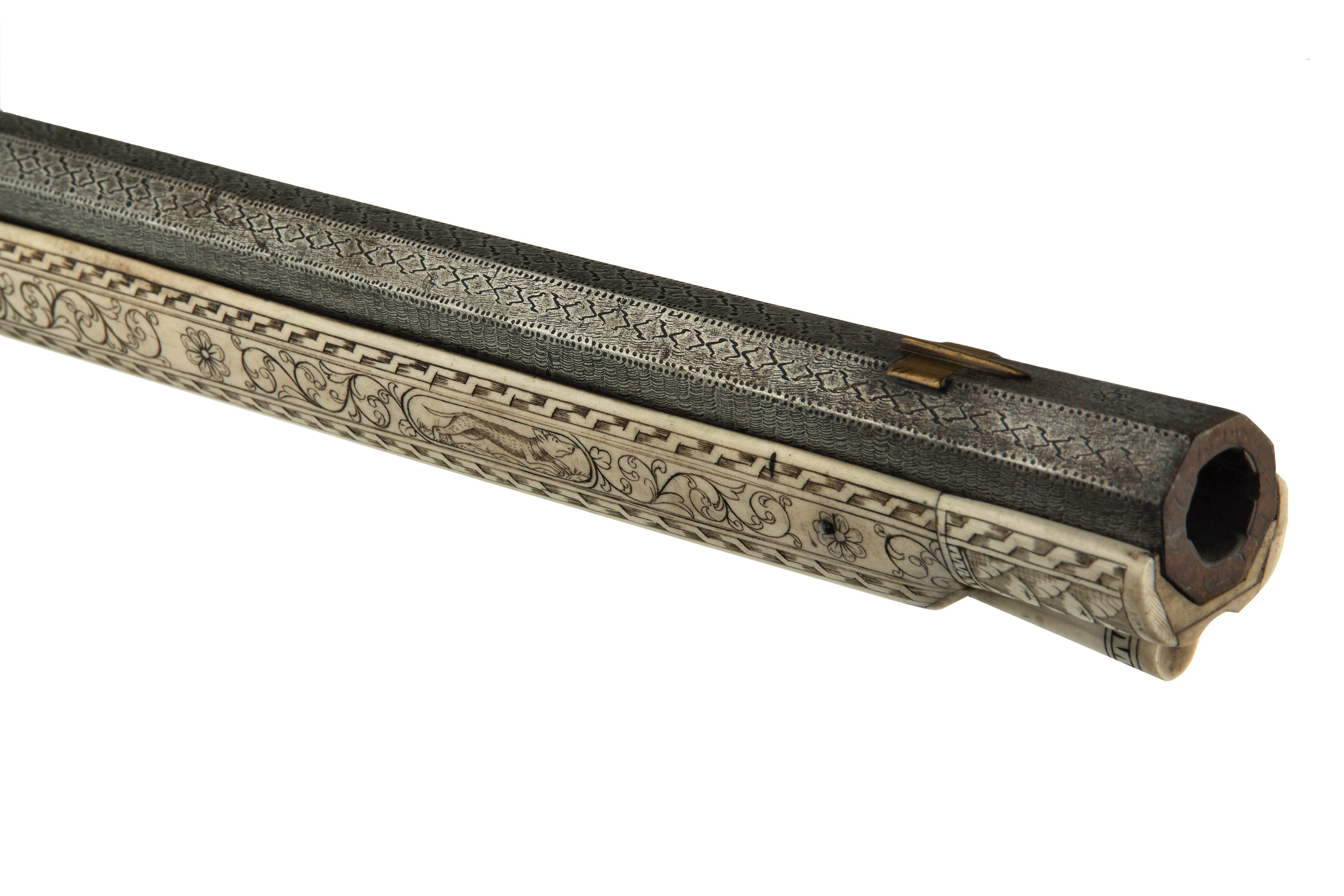 This ancient wheeling muzzleloading rifle, suitable for big game hunting mainly, is dated back to 1620 approximately. The well preserved ivory veneered stock is finely engraved as well as its barrel, whose surface shows "MORGENROTH A GENROD" signature. From Saxony-Anhalt German land, they were said to be such a gunsmith and craftsmen family, according to some mid eighteenth century documents. Therefore, they hugely succeeded in hunting rifle realisation as of the early nineteenth century only. In the XVIII and XIX centuries, Morgenroth signature was composed of the name initial letters followed by the surname, unlike the rifle we're analysing. Its finely etched plate is emphasized by MATH-IES-US acronym and the hammer is massif head shaped as lot of similar German weapons. Then, as today, MORGENROTH is said to be the oldest signature. According to the most important German arquebus producer index - J.E. Stokel - there are no informations about Morgenroth during sixteenth century, exept for one of them only. CITES certificate is attached.