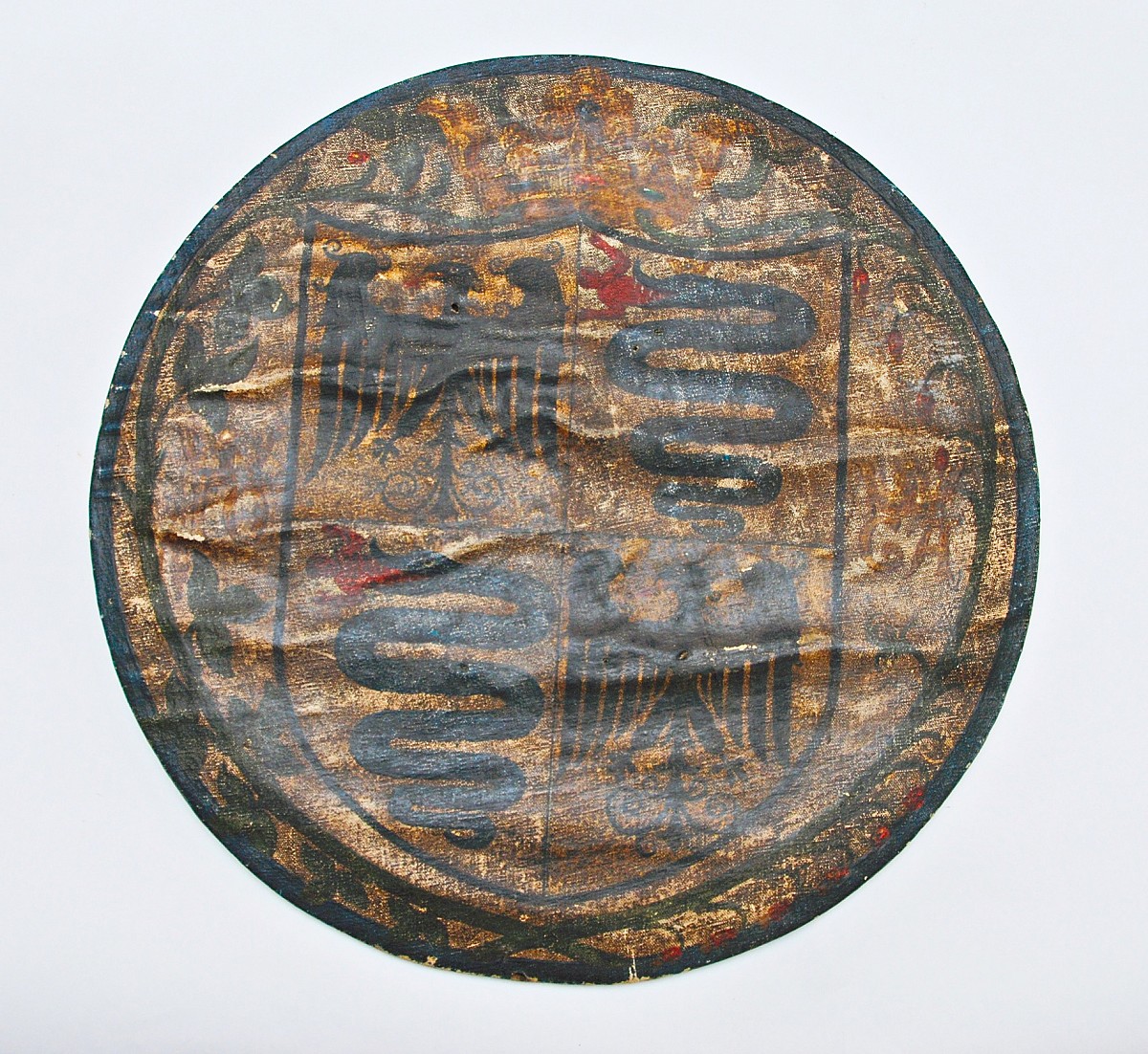 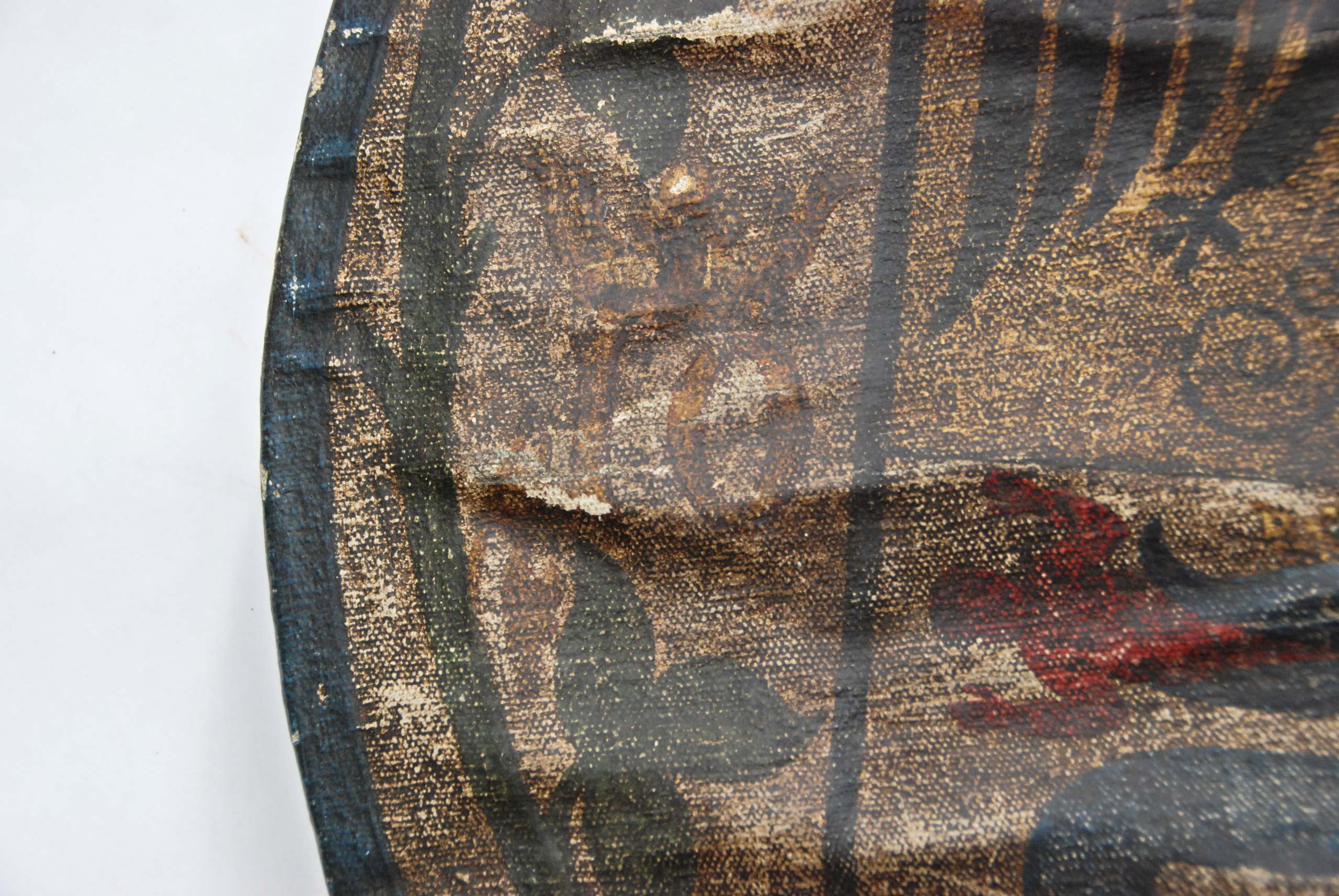 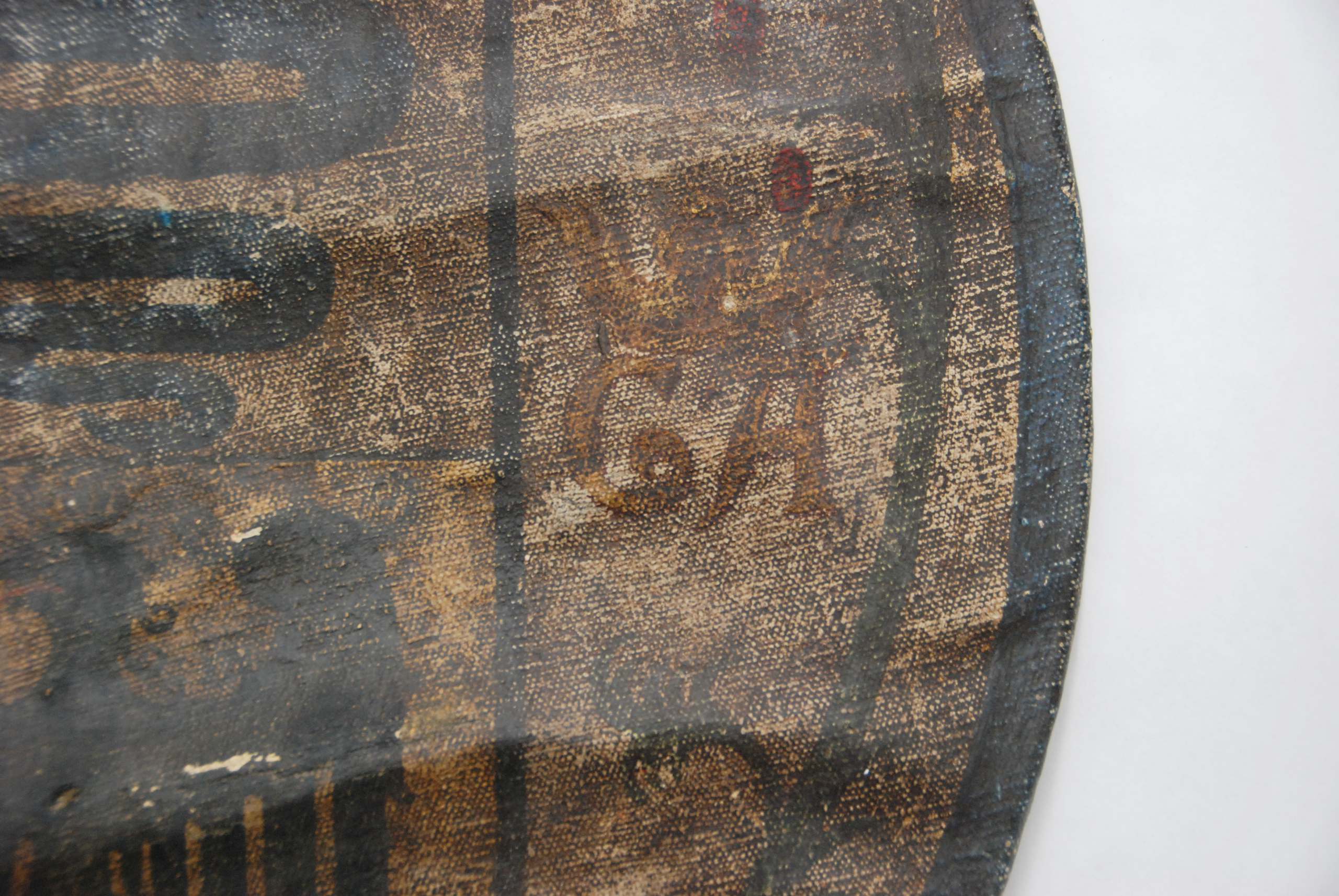 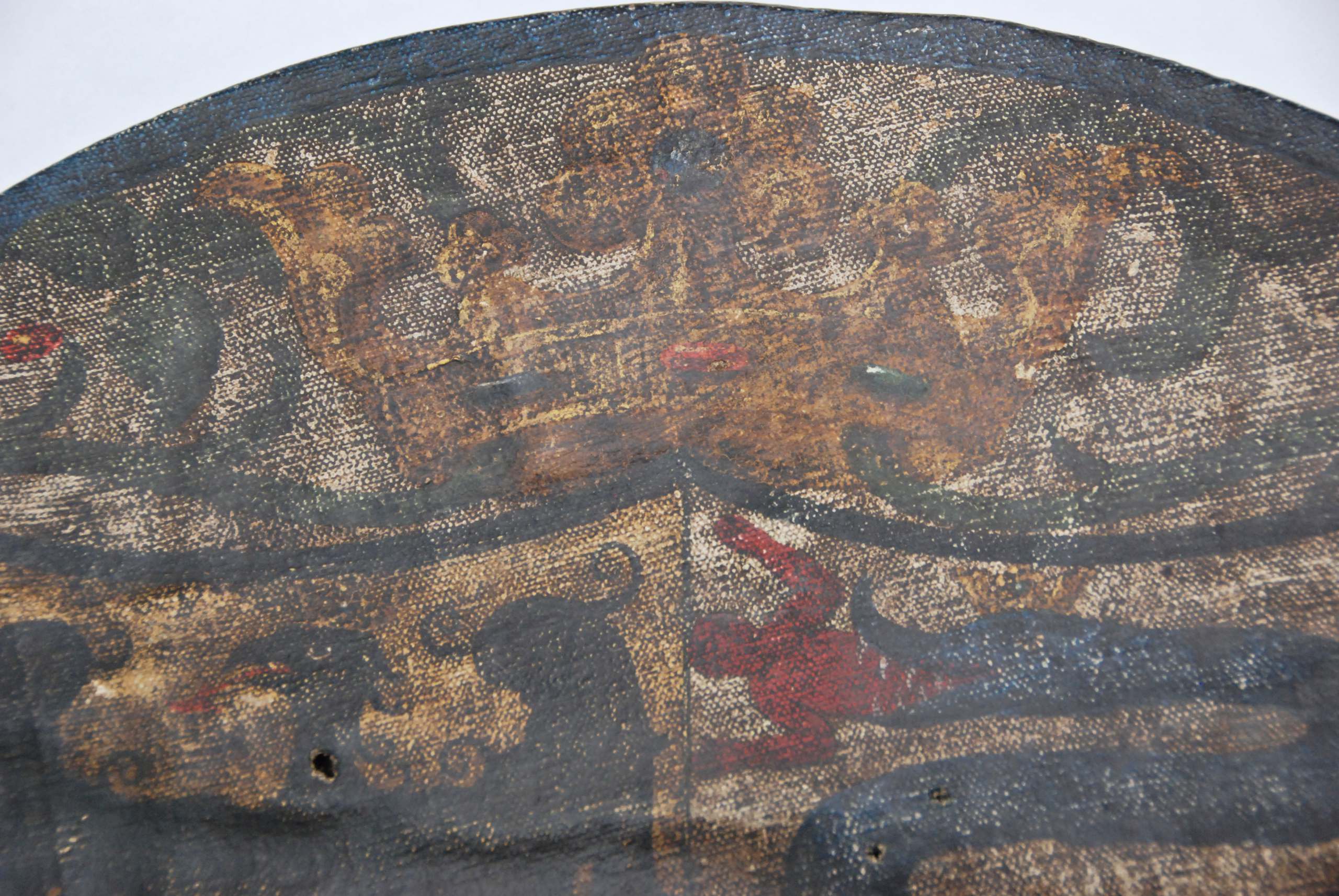 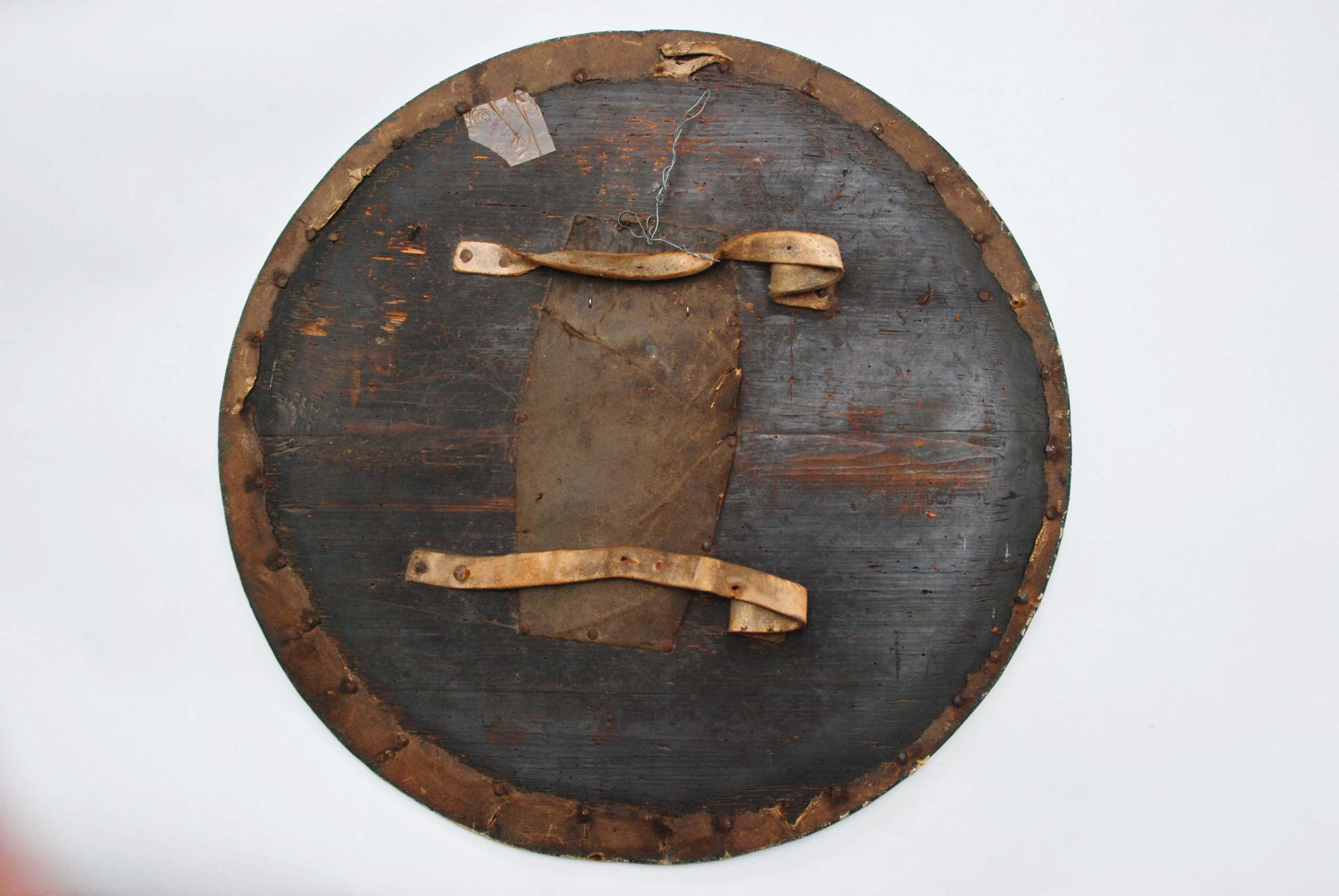 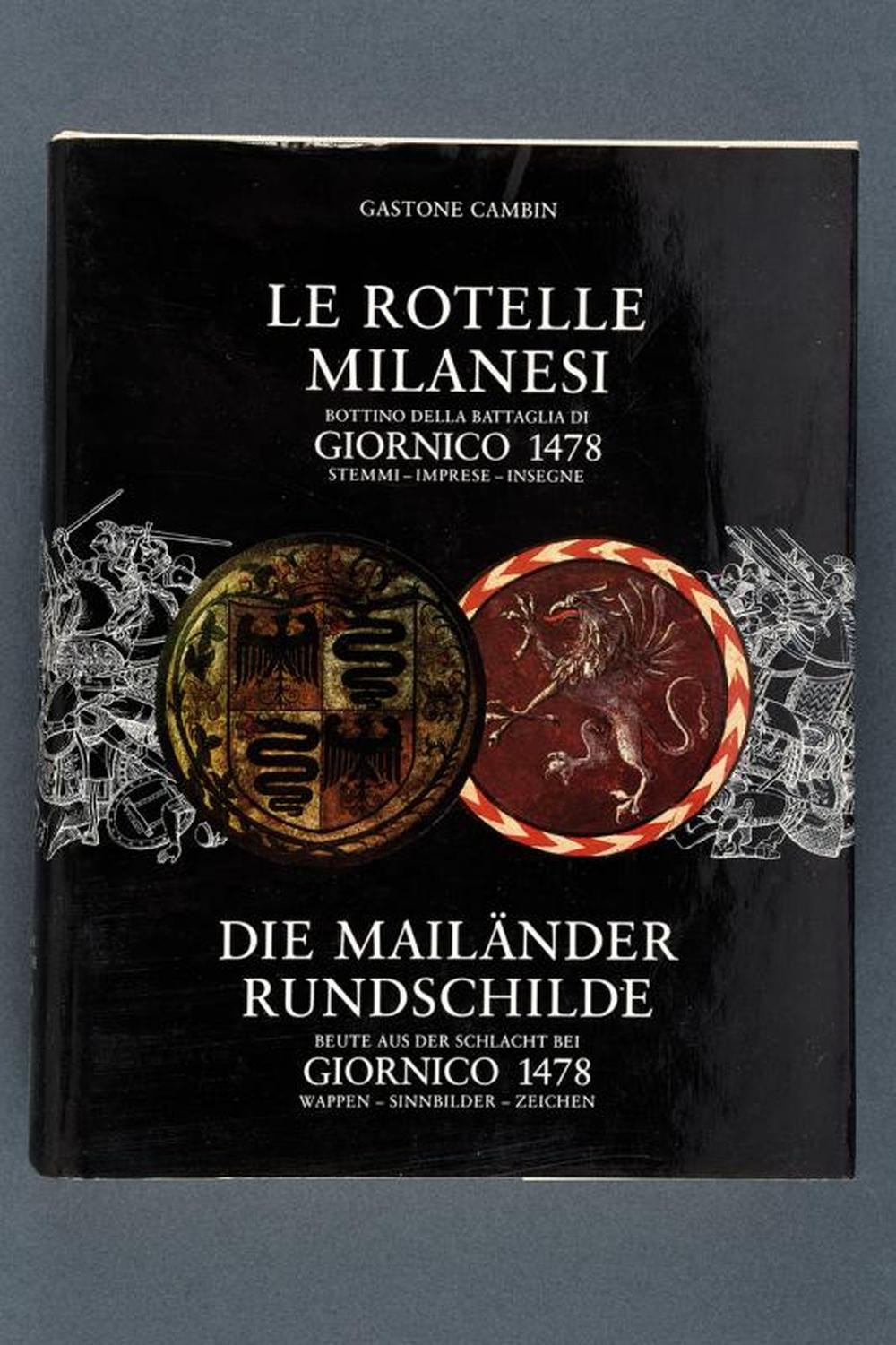 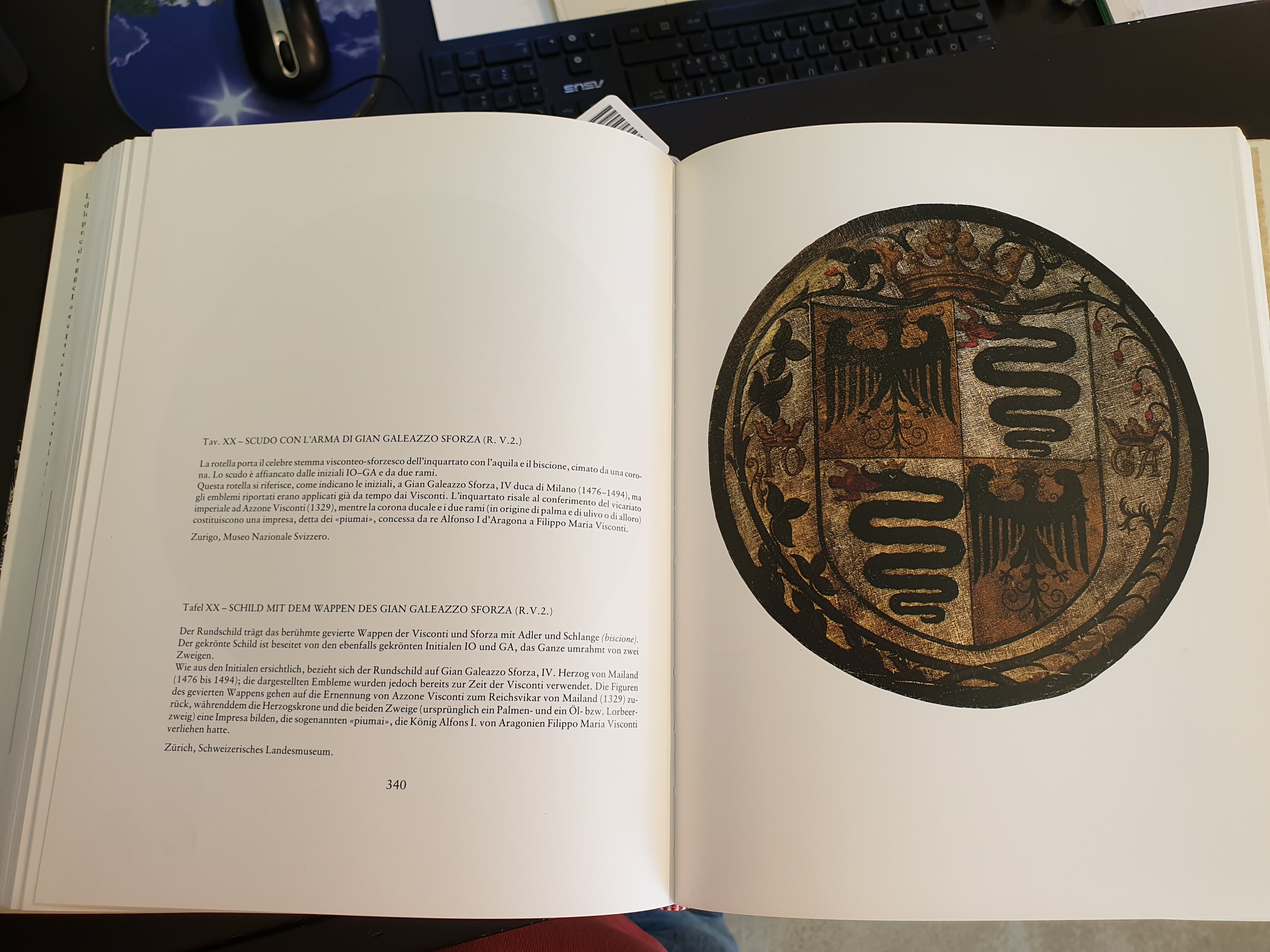 The shield shows the chiseled arms of the Visconti Sforza family with eagle and snake. At the sides of the coat of arms the Monogram IO-GA and two branches.

The Monogram indicates that the shield belonged to Gian Galeazzo Sforza, 4th Duke of Milan 1476-1494 but the engraved emblems has been in use since long time before by the Visconti family. The figures in the coat of arms go back to the day when Azzone Visconti was nominated Vikar of Milan in 1329.

The dukes crown and the branches (it was once a Palm and a laurel branch) named “piumai” has been granted by king Alfons the first of Aragon to Philip Maria Visconti.

Similar one published in the book "Le rotelle milanesi..." and in exposition in Zirich, National museum.