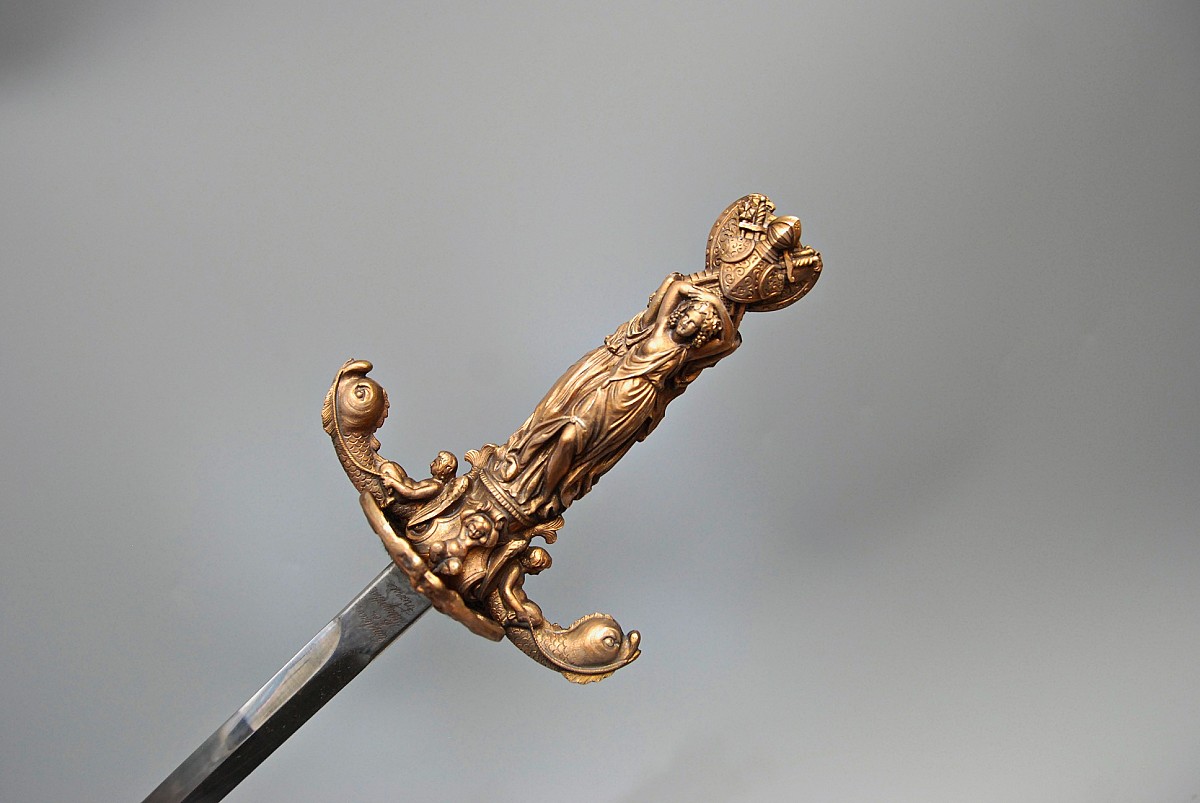 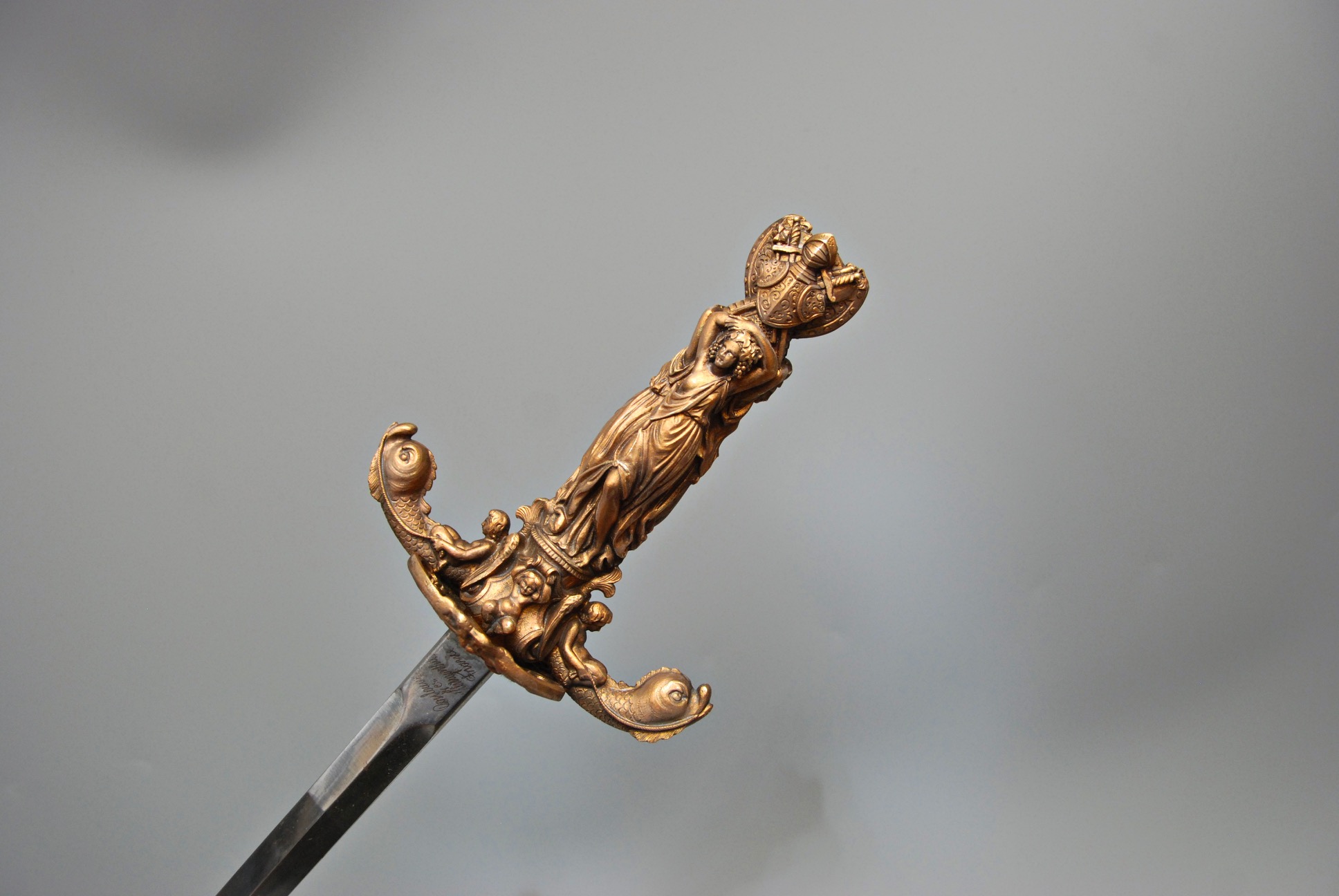 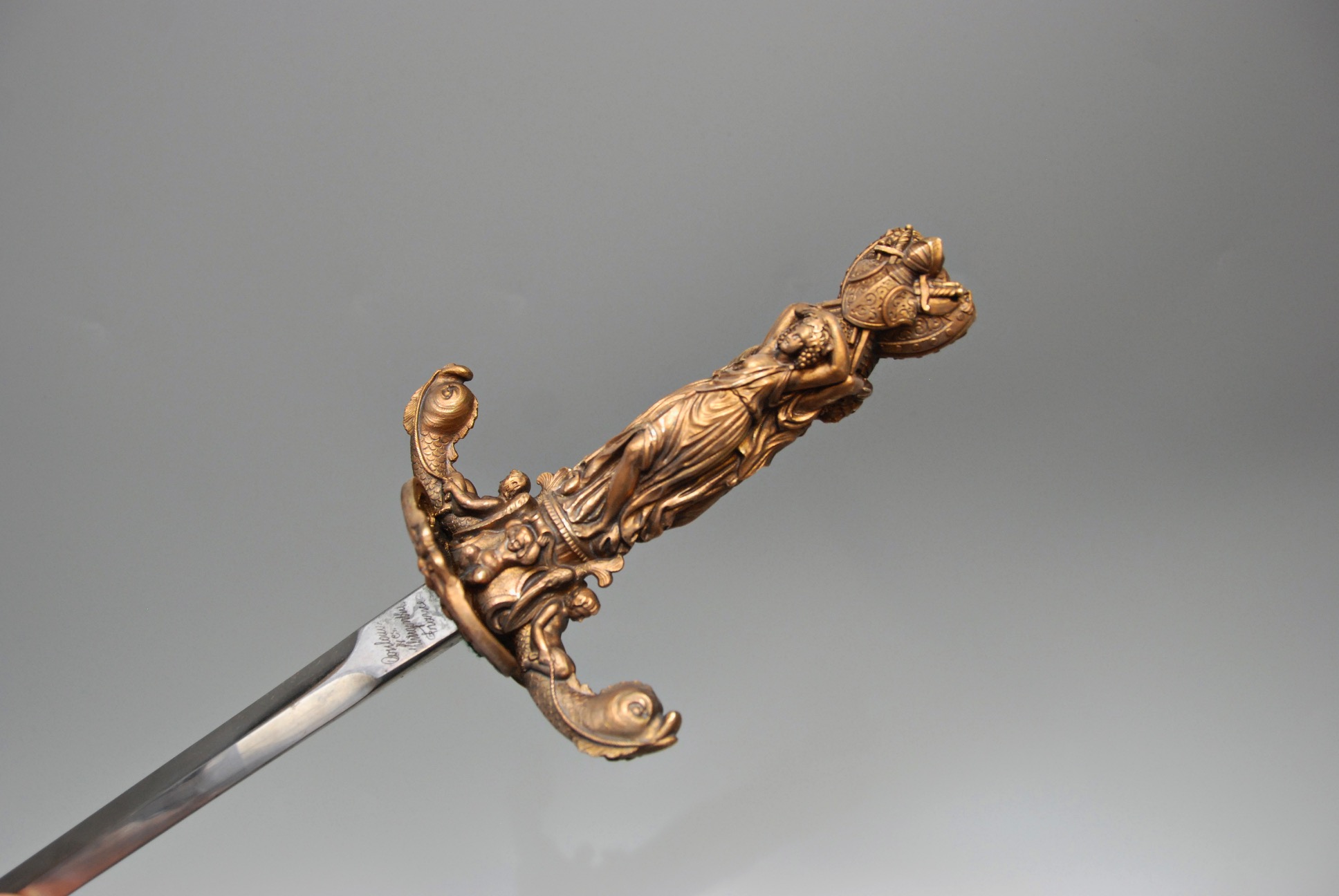 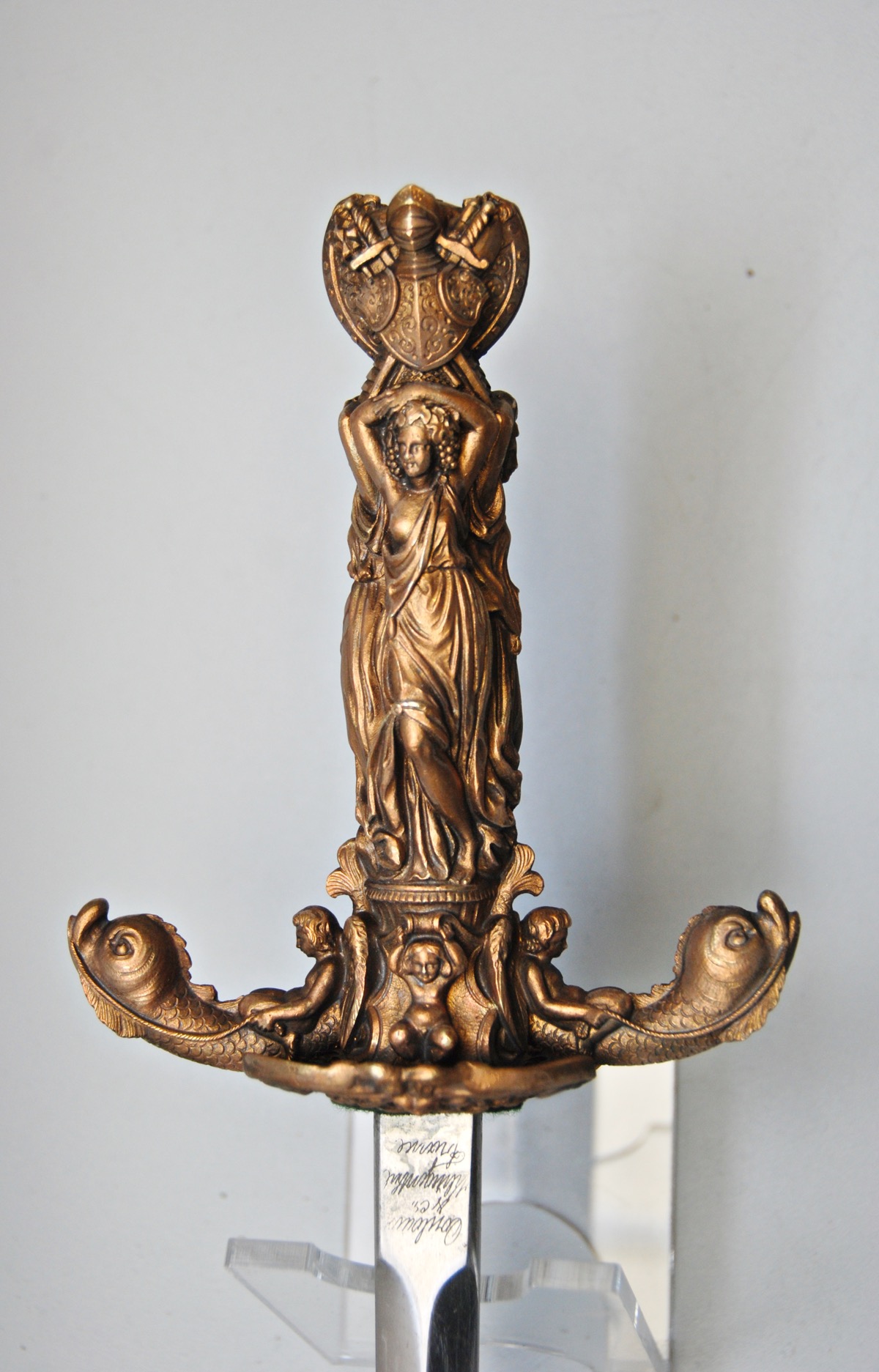 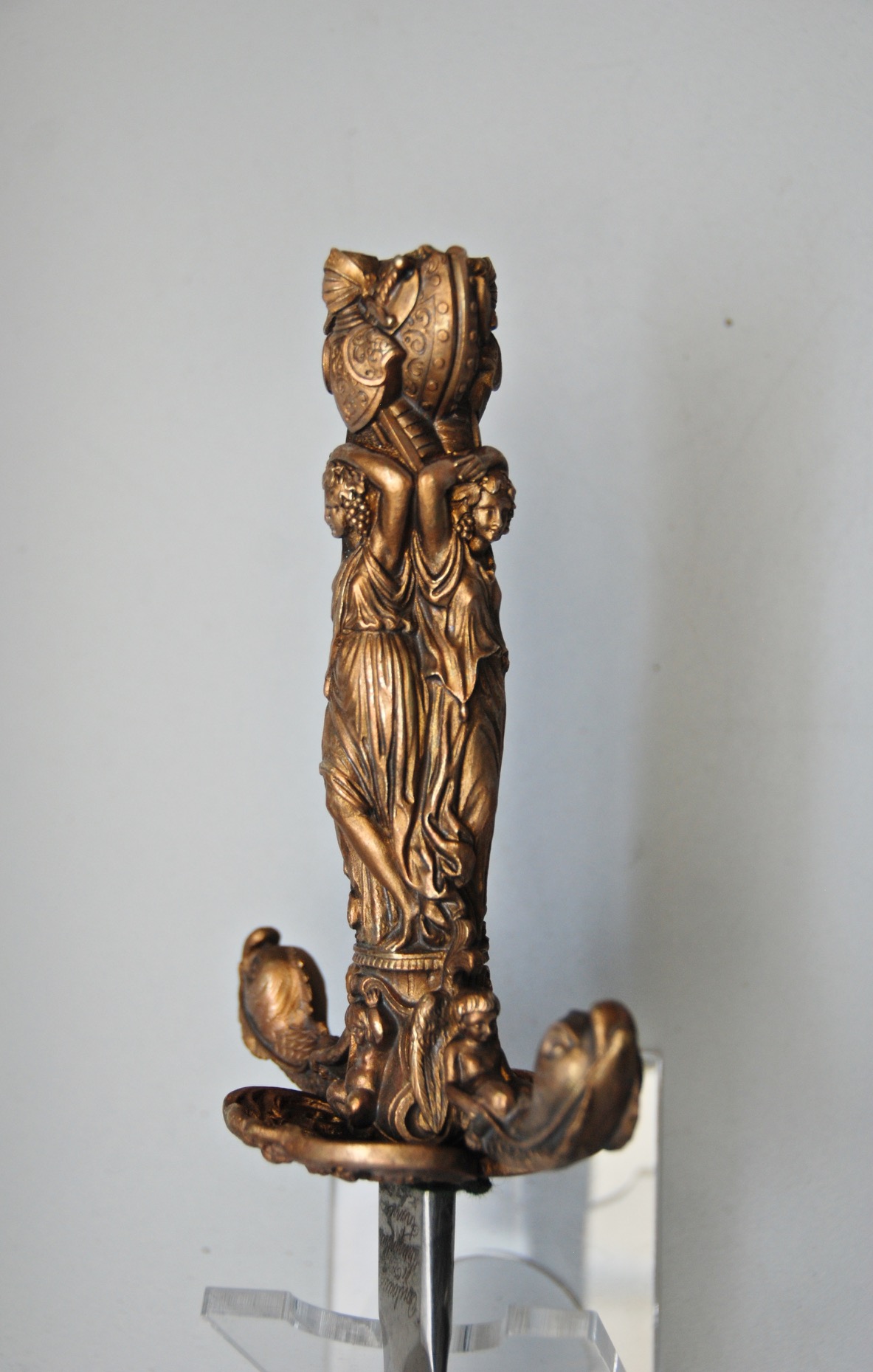 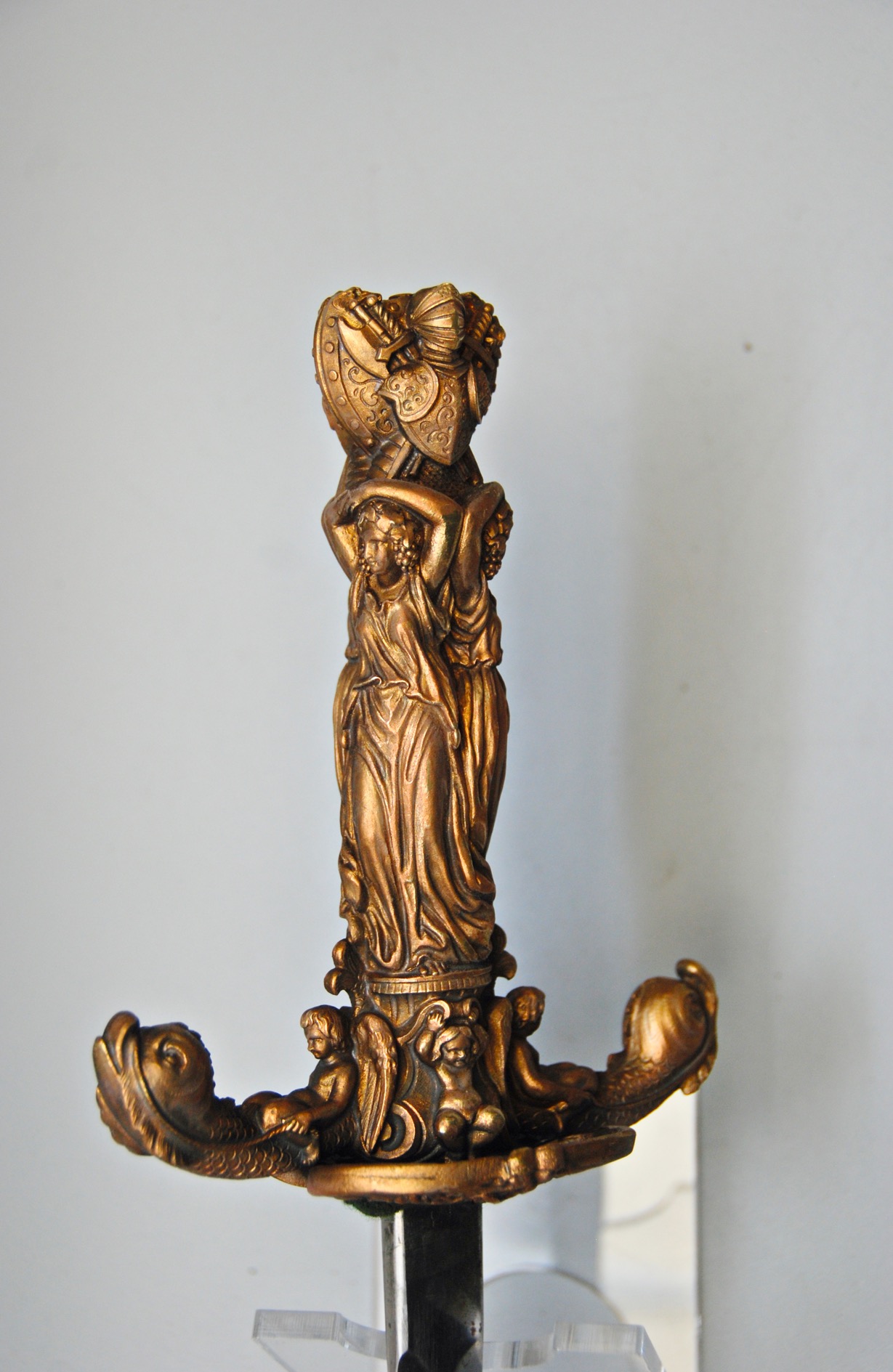 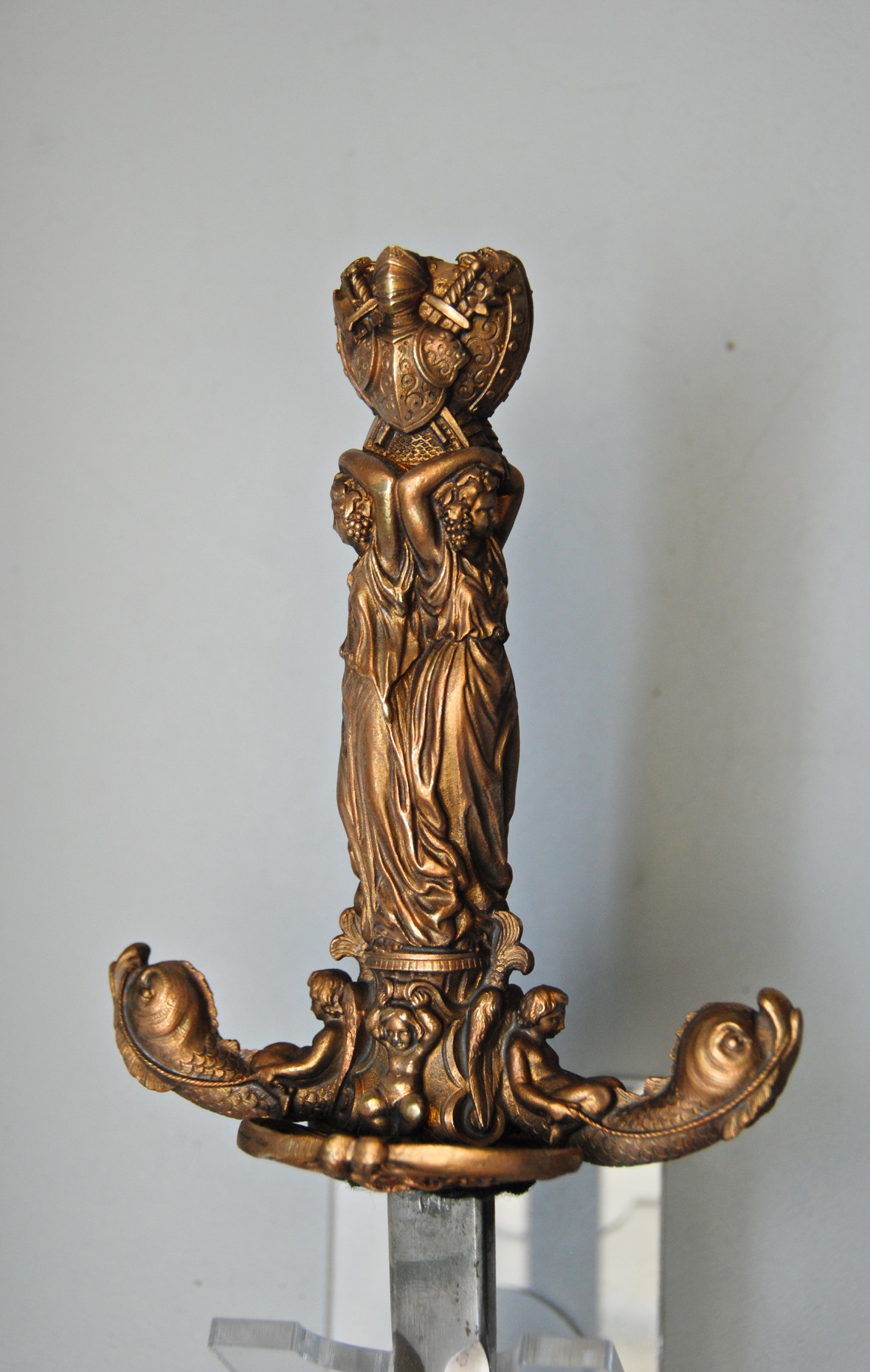 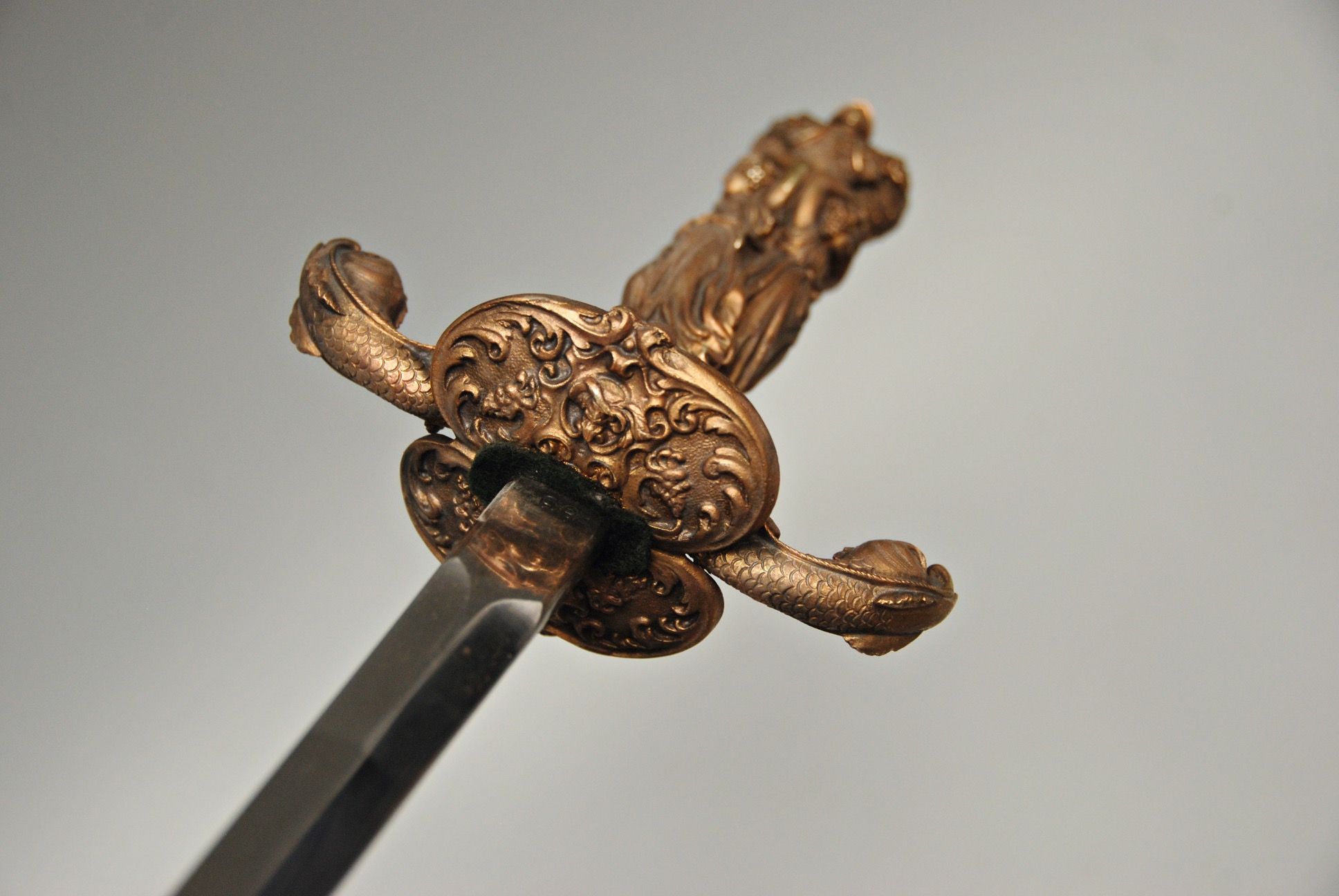 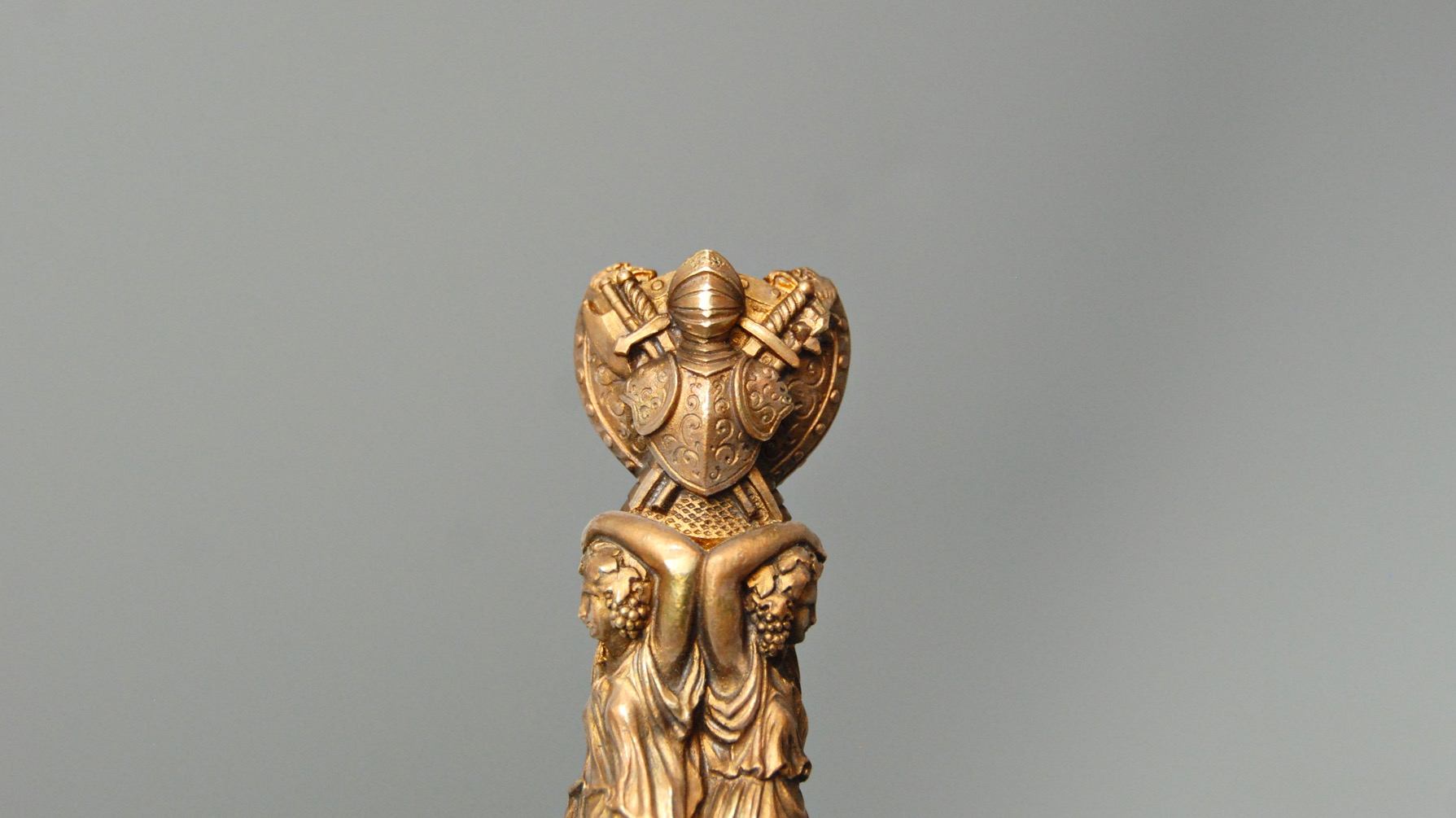 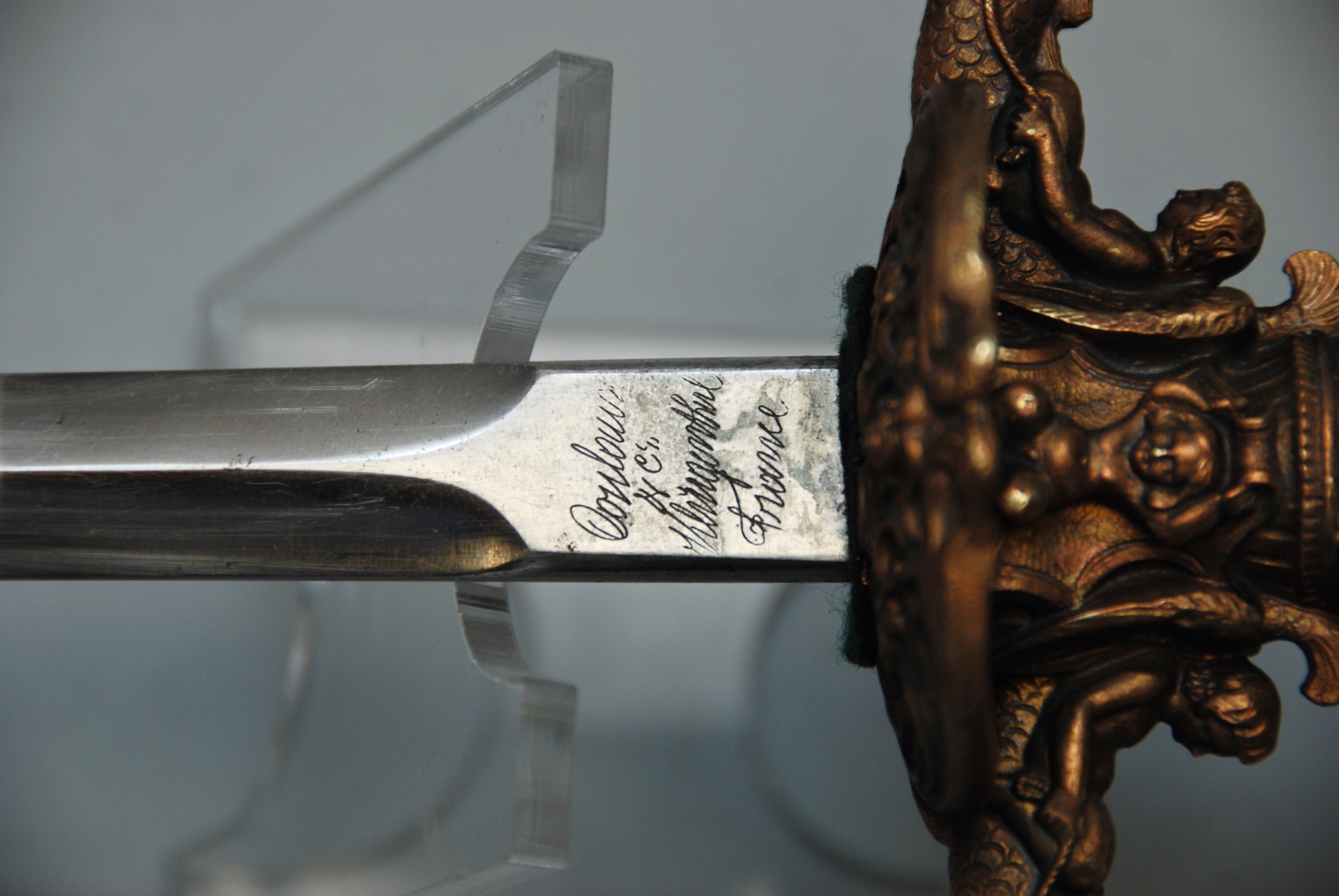 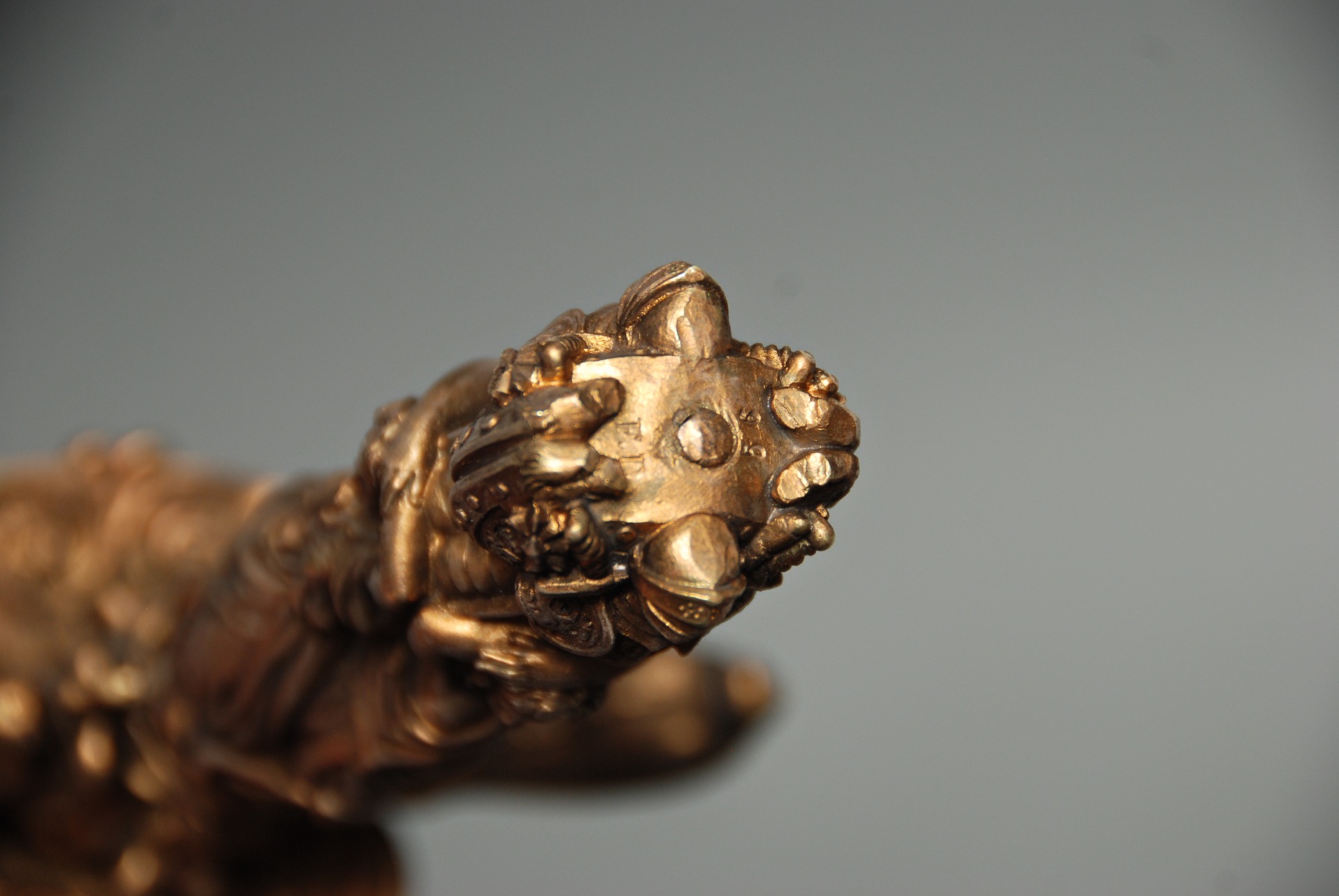 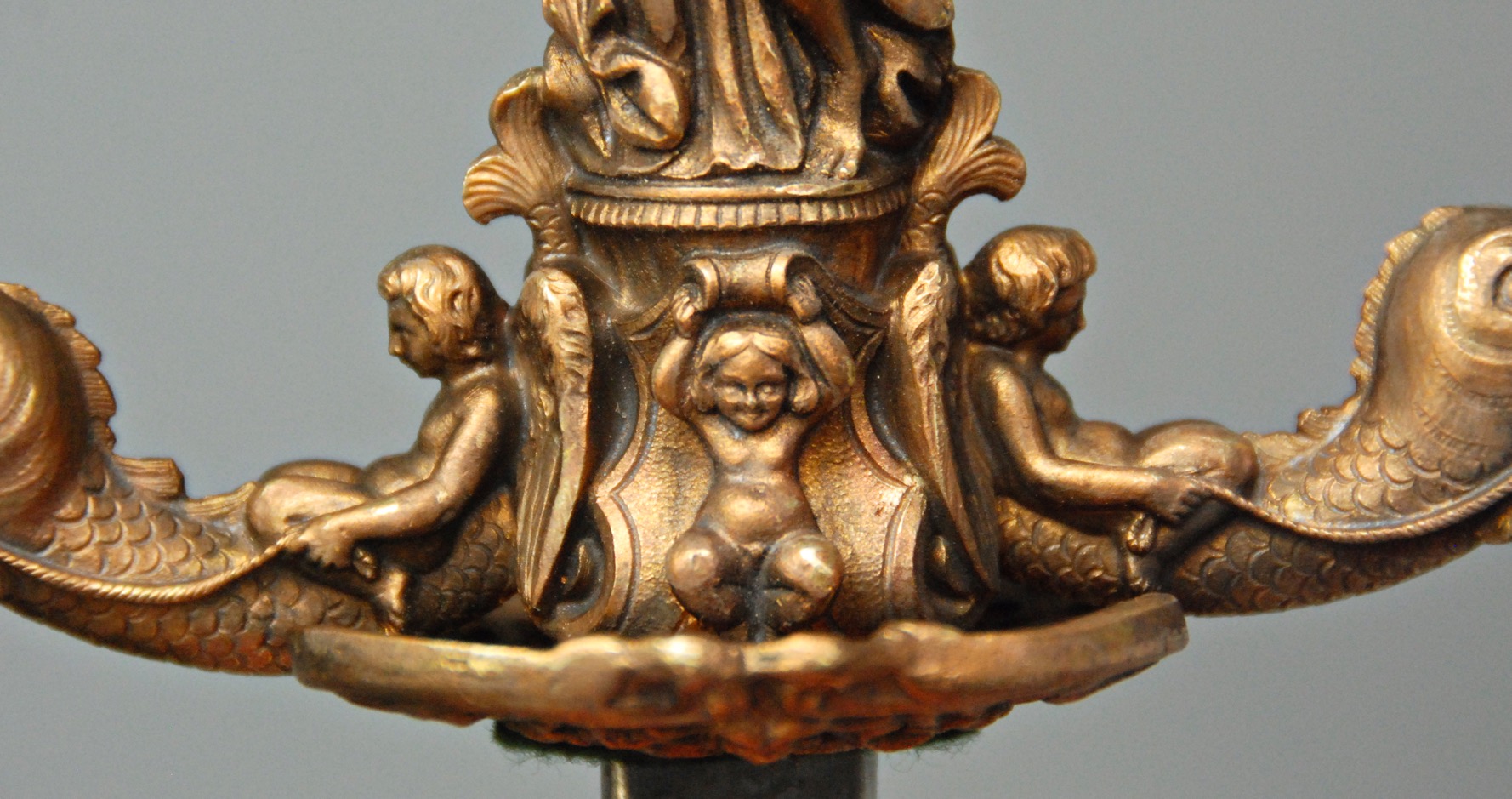 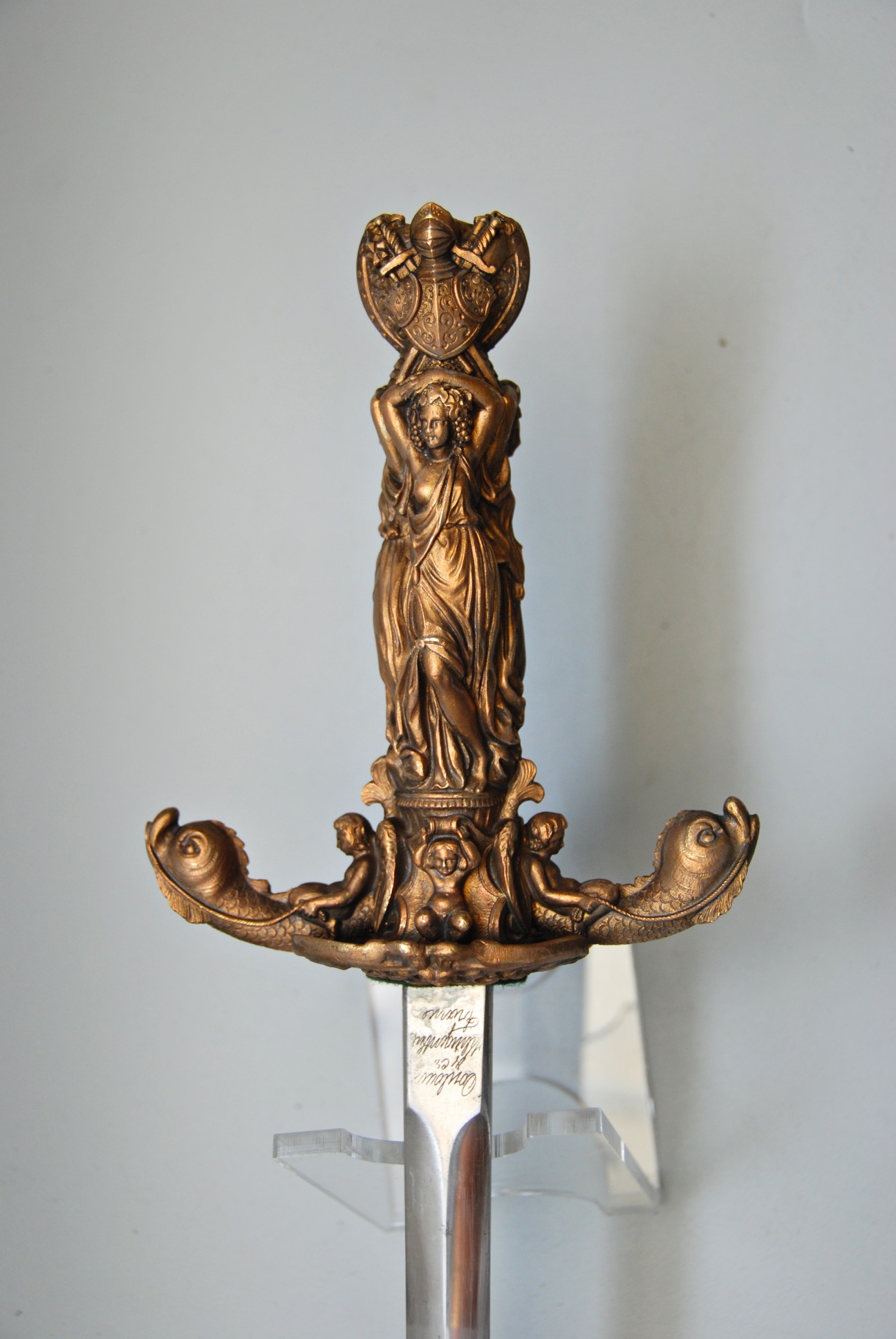 Unique French authoring sword. The handle is made in the form of female figures depicting the Three Graces.

Graces - (Gratiae) - Roman, now the common name is Greek. goddesses Harit (carite), with the name of which the ancient Greeks associated everything attractive, beautiful and joyful in nature and human life. The temples of Grace were found in almost all significant cities. Holidays were arranged in honor of them, singers and poets competed.

France. Bronze, gilding. The end of the 19th century.